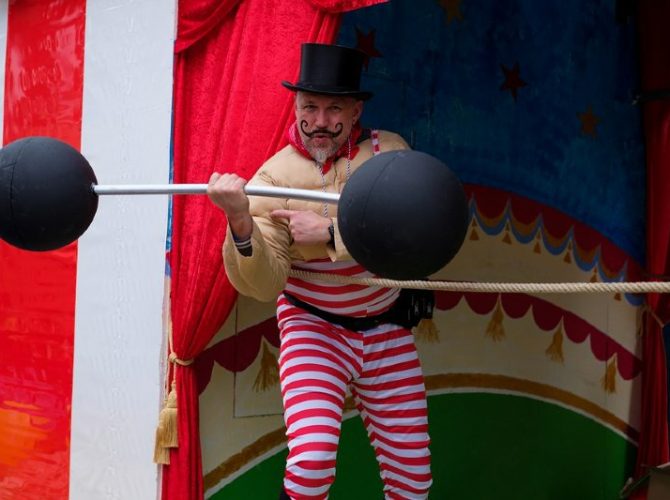 Twenty-nine months ago, when I started writing these monthly summaries, there weren’t many PR software companies talking about artificial intelligence (AI). This month, as I perused through the vendor websites and blogs, I noticed a lot more of it.

And it’s not just the startups anymore.

Here’s the monthly PR Tech Sum rounding news and links from the world of PR technology.

PR Newswire is owned by Cision, which acquired the press release distribution service in 2015 for $841 million.

Bloomberg noted this is the second fake release in as many months. In September fraudsters put out a press release over GlobeNewswire saying Walmart would “begin accepting the cryptocurrency Litecoin.”

Similarly, “the fake news release set off a short-lived surge of more than 30% in Litecoin before Walmart said the information was false and the statement was taken down.”

GlobeNewswire is owned by Notified, a recently re-branded division of Intrado. Intrado was formerly known as West Corporation. West acquired GlobeNewswire and other PR tech assets from NASDAQ in 2018 for $335 million.

Fake press releases have been used to pump up asset prices. Traditionally, these have focused on stocks. For example, fraudsters will buy stock in a company traded on pink sheets. Next, they publish a fake release saying that the company was about to be acquired by a well-known brand. The stock price jumps, and the bad actors sell the stock before the market realizes the news is fake.

This tactic has a name: “pump and dump.” It seems cryptocurrencies are especially prone to similar fraud.

Of course, everyone involved says they take the matter “seriously” and are taking precautions. In my experience, that simply means putting press releases “on hold” at the last minute for “verification” which makes legitimate agents look bad in front of clients.

Nothing like fighting fraud by disenfranchising customers. There’s got to be a better way.

Investor relations (IR) platform Q4 Inc. began trading on the Toronto Stock Exchange under the ticker symbol QFOR with an initial public offering (IPO) on October 25, 2021. “The offering consists of a treasury offering of 8,334,000 common shares of the company at a price of $12.00 per common share, for gross proceeds of $100,008,000 million,” according to a press release.

“In executing our mission of becoming the largest capital markets communication platform we have attracted over 2500 corporate issuers, along with numerous investment banks to our suite of products,” wrote Q4 Founder and CEO Darrell Heaps in a blog post.

“Going public and raising over $100 million in fresh capital gives us the ability to continue to improve our products and services, accelerate our execution, and deliver on our vision of connecting corporate issuers, investment banks, and investors across all of their most critical workflows.”

Q4 is the third technology company in PR and comms to go public in the last 12 months or so. However, the market for PR tech tools has been froththy for the last several years with M&A deals — and especially private equity activity.

SEMrush raised $140 million in its IPO on the NYSE in March. Similarly, in late November 2020, Meltwater raised $400 million during its IPO on the Swedish stock exchange.

SEMrush is better known for its SEO tools and competes with the likes of Moz. It entered PR by acquiring a European PR tech startup named Prowly in late 2020.

Moz created “domain ranking” or “DA” which has gained prominence as a PR metric for valuing the quality of a site. Several PR tech vendors, including Cision, have paid partnerships to incorporate this metric in their media monitoring solutions, though until recently few of them monitored for backlinks like SEO tools do. 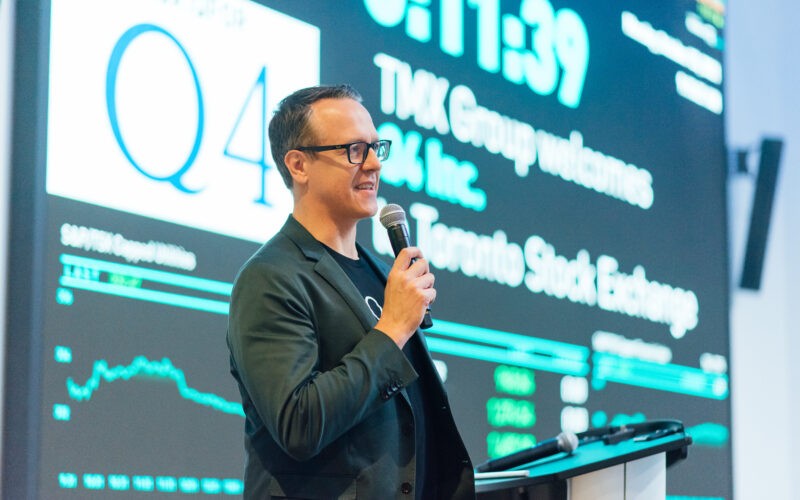 SocialChorus/FirstUp announced an email tool for internal communications. Among the key benefits to the product is optimized email delivery based on “behavior preferences and messaging priority.”

The product aims to cut through the clutter of email deluge. It says “95% of office employees still claim email as their main channel of communication” and that some “workers claim to receive up to 121 emails per day.” The email feature provides templates, drag-and-drop design, and analytics.

“It used to take our teams 10 hours just to create one email newsletter. Now we’re down to 45 minutes or less,” said Melissa Tizon, vice president of National Communication at Providence.

4. Innodata CEO talks up AI in Agility PR on an earnings call

Innodata said it began providing “AI data annotation services to another Silicon Valley technology giant.” It’s the second such announcement this year and I didn’t think too much about it, until I saw the earnings call transcript.

CEO Jack Abuhoff appears to confirm its Agility PR Solutions technology being used – the company did not respond to my emails asking about this back in March.

That’s pretty interesting for two reasons: 1) that any company in Silicon Valley needs their help with AI rather than do this themselves and 2) it’s not the big incumbents in PR tech being used.

He’s pretty upbeat about it too – and I think that’s significant because it’s risky for a CEO to overhype a business unit on an earnings call without merit. Here are a few other quotes about Agility that stood out for me:

“We believe these large tech companies often spend tens of millions of dollars, some even over $100 million on AI initiatives. So getting our foot in the door opens up significant opportunities for expansion. Lastly, we announced that Agility, our AI-driven SaaS industry platform for corporate communications professionals had been named Momentum leader in the $4.5 billion PR software market. and we launched an exciting new Agility release that features several innovative AI-enabled workflows.”

Agility seems to have momentum:

“I have never seen this kind of momentum in our business. AI is increasingly seen as strategic by companies across verticals and as a result, our services are increasingly relevant. Here’s the key. Every AI initiative begins and ends with data. AI applications are trained with large quantities of data, not programmed in the traditional sense. So when they perform well, it’s because they were trained with high-quality data.”

They are adding headcount – a lot of it:

“Of the 91 heads we’ve added or are planning to add to the sales force, 85 are to be assigned to sell our Agility platform, the SaaS platform built with AI and data at its core…in the $4.5 billion PR software market. We have about $12 million of Agility annual recurring subscription revenue presently and a 94% net retention that we believe is likely to improve.”

His market size estimate jives with the $4.1 billion estimated by the consulting firm Burson-Taylor.

Agility is having an impact across the business:

“Our Agility SaaS platform has allowed us to build a core capability in SaaS sales and marketing as well as SaaS enterprise software development and product management.

To capitalize on this expertise, we plan to launch 4 additional SaaS platforms in the market, all our own IP, all built on our proprietary Golden Gate AI technology, and all designed to yield high-quality recurring revenue.”

White label growth is on the drawing board:

“One of the components of our Agility service is a very large database that’s probably the most pristine database of influencers out there. We’ve put a lot into keeping that very, very accurate, that becomes an interesting channel relationship. We can port that to other people on a white label basis. And the other thing that we’re doing is we’re doing a pure white labeling, where we take our products and we put someone’s logo on it and we let them go sell it in other jurisdictions.”

I got to test drive the Agility PR platform in January of 2020 (before all the AI) and here’s my product review. Also, Agility has invited Ned Lundquist and me to present findings from our annual JOTW Communications Survey at their Earned Media Mastery Summit several years in a row. I encourage you to check it out.

Research out the Fuqua School of Business involving 4,000 people finds complimenting competitors likely to tip buyers in your favor...