Home > PR > The Making of Cision: A Brief History of 15 M&A Transactions that Consolidated a Sizable Chunk of the PR Tech Market into One Company

The Making of Cision: A Brief History of 15 M&A Transactions that Consolidated a Sizable Chunk of the PR Tech Market into One Company 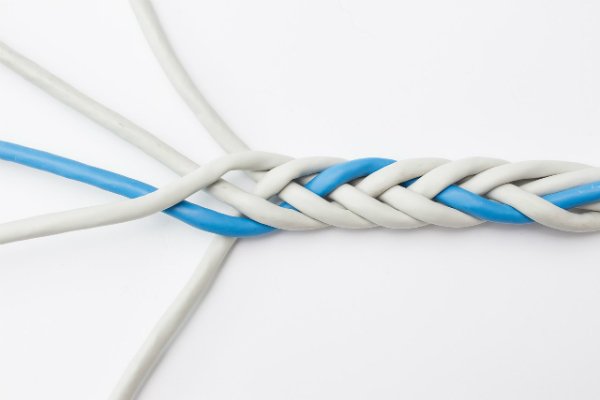 In the course of putting together the monthly PR technology summary (PR Tech Sum), I’ve realized that no news site has compiled a complete list of all the acquisitions around Cision.

Oh, sure, there are bits and pieces, but even the Wikipedia entry, at the time of this writing, is woefully incomplete. Some articles I’ve read cite 11 acquisitions in its recent history. While that’s arguably true, depending on when you start the timeline, the reality is there were several more involved in the formation of the company as it stands today.

It’s hard to believe, the company’s roots can be traced back to those old Bacon’s books printed in Chicago, or even a press clipping service out of Sweden, before that. Today, the company is perhaps the largest of its kind, and I think understanding how it got to the place it is now, offers an interesting window into the world of PR and the evolution of technology for the digital PR community.

And so, for reasons that are equal parts public service and personal interest, I’ve combed through countless articles and announcements, and put together a chronological listing of the M&A transactions that have transformed Cision into the publicly traded entity it is in 2019.

Cision is publicly traded on the Swedish stock exchange. A subsidiary of the private equity firm GTCR subsidiary, called Blue Canyon, makes a public offer of 775 million in Swedish Krona (SEK) to for a majority stake in Cision, a provider of PR software and services such as, media monitoring, media list building, distribution and analysis. Exchange rates at the time indicate the offer was worth about $120 million (US). Rival Meltwater, which owned a minority stake in the then publicly traded Cision, makes a counteroffer to shareholders of $137 million. This initiates a bidding battle. In April, the Cision board votes for the GTCR offer, which ends up at being valued at about $170 million. Keep in mind, for the next few years, Cision is a privately held business owned by a PE firm.

Vocus, a provider of cloud-based PR software announces it will be acquired by GTCR for $447 million. Vocus had, in years prior, acquired brands including PRWeb for $28 million in 2006, Help a Reporter Out, aka HARO, for an undisclosed sum in 2010, and iContact, for $169 million in 2012.

Cision spins off Outmarket, which had previously been the Vocus Marketing Suite. The suite was the weaving together of tools Vocus had acquired into a product aimed at the small business market. It included email (iContact), press releases (PRWeb), media relations (HARO), and social media (North Social and Engine 140), bundled in what was pitched as an easy-to-use and all-in-one product. Vocus had bet its future growth on the product, but it never really gained traction. What survived of Outmarket was eventually folded back into either Cision or iContact. Cision would sell iContact to J2 Global in 2019.

Cision drops the Vocus brand name, but the underlying technology that all future Cision development will be based on, is Vocus technology.

(Sources: GlobeNewsWire, interviews with people familiar with the decision, and a sales product demo).

Cision acquires Gorkana, a UK-based provider of media intelligence and news. Terms were not disclosed but the Wall Street Journal reported a price tag of about $240 million.

#TBT any #pr #publicrelations pro’s remember the fun of these?? 😩 pic.twitter.com/c9tVwxoltY

Cision announces the acquisition of PR Newswire, a press release distribution platform, for $841 million. The acquisition includes brands PR Newswire owns like ProfNet, a competitor to HARO, and the satellite media service MultiVu. Cision purchased those assets from UBM, a publisher and events company. In what could be deemed an intersection in time and the beginning of a period of transition in PR – the rise of content marketing and the fall of press releases – UBM would acquire the Content Marketing Institute (CMI) for $17.6 million about six months later. CMI is a publisher, training and events company dedicated to the specific discipline of “content marketing.” Semantics matter, because “content marketing” is not the same thing as “marketing content” and the background PR has in working with editorial contacts is well-suited to content marketing.

The US Department of Justice rules that “GTCR must divest Agility to Innodata Inc., or to another buyer approved by the United States,” if the acquisition of PR Newswire is to proceed. Agility is the media database owned by PR Newswire. Today, Agility PR Solutions is a subsidiary of Innodata.

Cision announces the acquisition of Bulletin Intelligence, a Reston, Va.-based provider of briefings for corporate and government executives, for $71.8 million.

Cison announces it will begin trading on the public markets, through a “blank check” merger. In essence, the privately-held Cision plans to merge with a publicly-traded company called Capital Acquisition Corporation III, which was set up for this exact purpose. Capital Acquisition Corp. III had raised $325 million in an IPO about two years prior. Cision will glean a capital infusion from the merger, and the unified entity, then valued at $2.4 billion, will be traded on the NYSE under the ticker: CISN. This method of listing on the public market avoids the level of publicity – and the analyst scrutiny that usually comes with the traditional route to an initial public offering (IPO).

Cision announces the acquisition of Prime Research, a PR measurement platform that uses a combination of consulting and technology. Terms are not disclosed. The press release, issued at closing, indicates Prime Research, which is headquartered in New York, NY, has 700 employees around the globe.

Cision acquires ShareIQ which “discovers, analyzes and indexes original pieces of visual content.” Terms are not disclosed, though records show the company has raised $5.2 million in funding.

Cision acquires Falcon.io, a Copenhagen-based social media platform. Terms were not disclosed, but TechCrunch cited two sources that put the deal at an estimated price tag of between $122-$222 million. Falcon.io raised $40.7 million in venture funding and debt over four rounds.

Cision acquires TrendKite, an Austin-based media monitoring platform for $225 million. TrendKite had raised $47.6 million in seven rounds of venture funding. According to a presentation Cision created for investors, TrendKite finished 2018 with $25 million in revenue and 144% CAGR growth over the last four years. Cision paid $225 million to buy the company and put the sales multiple at 7x forward earnings (~$32m).

Cision sells the Raleigh-based iContact to J2 Global (NASDAQ: JCOM), an internet information and services company based in Los Angeles, for $49 million.

Reuters reports that Cision is shopping for a buyer. According to the financial news publication, “The Chicago-based company, which is partly owned by private equity firm GTCR LLC, is working with an investment bank to reach out to potential buyers, the sources said on Monday, cautioning that there is no guarantee that the preliminary discussions will result in a deal.”  No deal emerges immediately following that rumor.

Cision announces it will be acquired by Platinum Equity in cash deal for $10 per share which values the transaction at $2.74 billion. The deal is to close in 2020.

Where Cision goes from here it’s anyone’s guess. It’ll be interesting to watch. Indeed, I’d like to see a public company focused on PR software command attention of the public markets, the same way that marketing software companies do. As much as I believe in PR, and understand it’s potential, I’m also a realist: the biggest PR firms in the world are owned by advertisers. Now imagine that world, but in software. 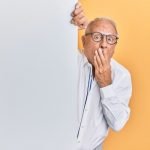 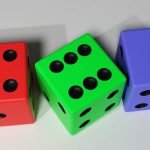 How Do You Monitor for Mentions on Podcasts [PR Tech Sum]

There’s a lot that’s happened over the last month among vendors that make technology for public relations (PR) professionals –...