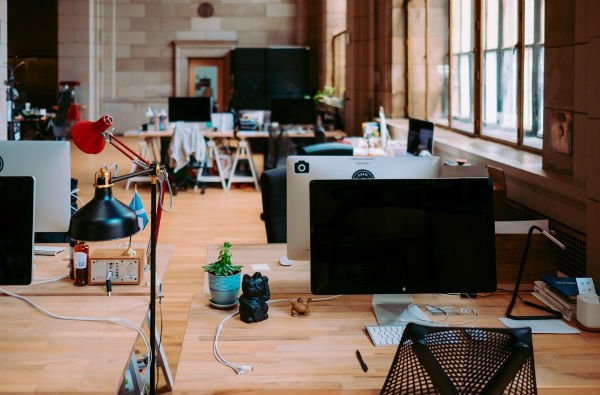 I’ve started dedicating the first post of every month to summarizing news from vendors developing technology focused on public relations. The PR tech sum is one of three ways I’m working on developing broader exposure of PR software including product reviews and PR tech briefings.

While I did not see any updates about code over the last 30 days, there were a few announcements that caught my eye, along with a handful of posts from the vendor blogs.

Consulting firm Burton-Taylor published a report that benchmarks market size and market share for a category of technology the company describes as “Media Intelligence and PR Software.” A PDF copy of the report runs nearly $5k, so I have not read the report, however, veteran reporter Richard Carufel did an informative piece for the Bulldog Reporter:

Citing the study, he writes the industry grew to more than $4.1 billion in 2018, which is “represents double-digit growth from the prior year.” Cision and Meltwater have the most market share in the category – Cision, in particular, has been on an acquisition spree, but there are “other independent players” driving organic growth:

“Industry growth continues to be driven by increased spend on tracking and analyzing social media, with Sprinklr, Salesforce, Hootsuite and UK-based Brandwatch among the pack, the research finds. Social media is 2018’s biggest driver, as Burton-Taylor reports that the media intelligence industry grew mid-single-digit in 2018 if social wasn’t counted. In addition, suppliers of influencer marketing platforms such as Traackr and HYPR are also starting to gain traction and contribute to industry growth.”

“The company said it expects revenue in the range of $190 million to $192 million for the fiscal second quarter,” according to the Associated Press. “Cision expects full-year earnings in the range of 82 cents to 85 cents per share, with revenue ranging from $773 million to $783 million.”

According to the company’s earnings release, Cision has roughly 45,300 subscriptions customers that spend an average of $11,600 annually. If your Cision subscription costs more than that – it’s worth noting that you are spending more than the average customer.

The company also reported 37,700 transaction customers – think one-off purchases of press releases. Transactional customers spend approximately $1,440 on average, which I’d venture is about the cost of a single press release distribution on PR Newswire – a significantly higher cost than on PRWeb – both of which are owned by Cision.

In my observation, Cision has been removing PRWeb functionality. For example, much to my dismay, I’ve noticed RSS subscriptions, customizable URLs, iFrames, and multimedia storage have all been chipped away in the last couple of years as Cision has ingested the code. I suspect this is part of a process of merging it with its more expensive stepsibling.

This is a tricky move because I believe the core customers for each product are distinctly different and blending the two will upset one or the other. And yet, I would think they have to because supporting two press release platforms just doesn’t scale. It’s an unenviable but often necessary position for any software company that has tied its growth strategy to acquisitions.

Cison’s ability to execute and integrate these tools is an important question for both customers and investors. To that end, in this earnings release, the company said, “Cross-sell bookings of software, distribution and insights in the US increased 8.4% to $3.0 million.” By my math, that represents about 2.4% of earnings in the US for the reported quarter.

This entry stems from an article on CNBC that I just happened to catch:

“Stacy Jones, CEO of marketing company Hollywood Branded, put the estimated value of all the buzz at $2.3 billion. Jones cited PR subscriptions service Critical Mention, which has tallied 10,627 mentions of Starbucks and ‘Game of Thrones’ online and on TV and radio around the world.”

“Separately, social media analytics and monitoring platform Talkwalker counted more than 193,000 mentions within 48 hours that cited both Starbucks and ‘Game of Thrones,’ or a variation of the series’ hashtag, on Twitter, in social forums, blogs and news sites.”

When a demonstration of your product capabilities makes the news, that’s good PR. You get to showcase your product – and do it in a way that makes the value obvious to your target market.

Muck Rack polled about 800 PR pros for a survey about the state of the industry. Candidly, I was underwhelmed by some of the top line findings (of course PR people use email and create documents), however, there were some other interesting stats if you dig through the report.

I thought the sections where the company compared this survey to the results of a survey of journalists conducted earlier were the better findings and here are some that stood out to me: 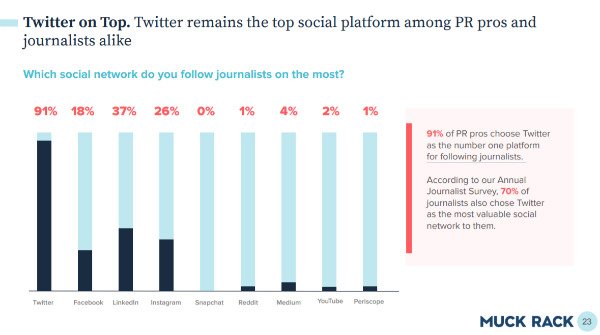 5) Picks from the vendor blogs

“If no one is using the intranet, it’s the same as having no internal communications at all.”

“Your ultimate goal is that you want to make more from your customers than you spend. To do that, you need a strong brand story.”

“Reddit is a different beast than other social media platforms. Reddit users are savvier and can sniff out self-promotion easily.”

d) The Future of SEO: How to Optimize for Voice Search via Critical Mention

“Focusing on critical sentences as opposed to keywords.”

“Tip 7: Come up with more than one angle for a story.”

If you are a PR contact for a PR tech vendor, I’d like to hear from you. I’ve spelled out the sort of announcements I want to explore on these pages here – and it’s pretty broad so there’s ample opportunity.

It’s very difficult to escape politics these days. Political messages have permeated every possible medium from the mailbox to social...