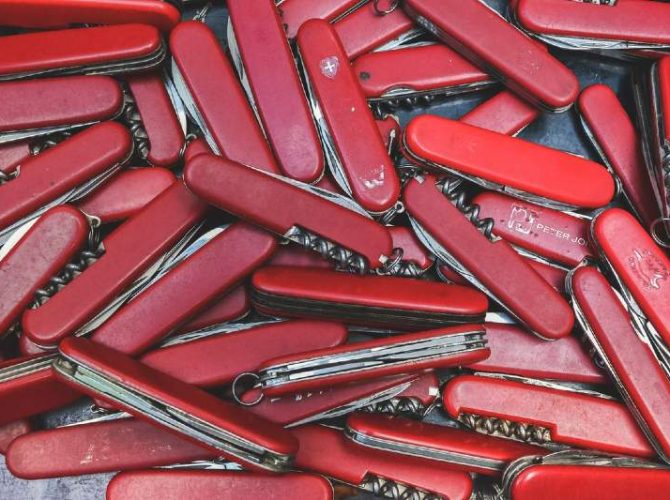 This is a humdinger of a summary and I’ve spent (too) many hours on it. As such, I don’t have anything witty to say up top – so let’s dive right into it.  Here’s the monthly PR Tech Sum rounding news and links from the world of PR technology.

The contact database – and the information it contains – is “human-verified” according to an announcement the company emailed. It also allows for pitching through the platform, which checks off distribution. As for social listening, the product helps customers monitor Twitter, Facebook, Instagram, YouTube, and TikTok. The social listening aspect is an OEM from Keyhole, according to a Keyhole co-founder.

Second, the company has developed share-of-voice and attribution tools. It can link news mentions to marketing metrics such as conversions, even if an article doesn’t have a link to your website.

These two new features put Onclusive into the all-in-one category, which is beginning to get a little crowded. The U.S.-based PR tech players that offer a contact database, some level of pitching or distribution, and media monitoring include:

Did I miss anyone?

Agility PR Solutions said it has made several updates to its software including some artificial intelligence (AI) capabilities.

Among some of the other improvements included in the software release were “geo-location targeting,” “enriched media profiles” and “AI-enabled tools to keep targeting lists updated.”

I wrote a product review of Agility PR in 2020 based on hands-on testing: The Updated Media Monitoring Module by Agility PR Solutions is a Solid Tool for the Price Point.

4. SocialChorus and Dynamic Signal rebrand with an odd announcement

About this time last year, SocialChorus was acquired by a private equity firm for $100 million. Then in July, the company announced it was merging with Dynamic Signal.

Yet the press release doesn’t explain it that way. In fact, it doesn’t reference SocialChorus or Dynamic Signal at all and just announces a new company. It’s confusing. I follow this company every month and I had to read the announcement several times to understand what it was trying to say.

The press release – published on the SocialChorus newsroom – quotes Gary Nakamura, CEO of Firstup, who is the current CEO of SocialChorus. He was also named the CEO of the combined company after the merger with Dynamic Signal. However, he’s removed any mention of SocialChorus from his LinkedIn profile.

The announcement goes on at length about some research it published earlier that’s sort of juxtaposed into the copy – without addressing any of the natural and logical questions it produces. Is this a rebrand? How did this decision come to pass? What does it mean for customers of either brand?

In my view, SocialChorus is really the only tech player in internal comms – and the company has been doing interesting things. I think it’s built up some brand cache and they are missing the chance to benefit from some of that hard work.

I’m sure someone decided it was a demonstration of leadership to mandate the announcement not refer to the company’s history or legacy in announcing the new company. But this is a strange way to rebrand a company because it doesn’t explain how you got there. Imagine your best friend just changes their name one day but won’t tell you why. It’d be weird, right?

I’m willing to bet this is creating more confusion among their customer base than excitement.

Intrado announced it’s rebranding all the tools in its digital media portfolio to Notified. According to the announcement, “The rebrand will provide Digital Media with a unique market identity, representative of its full solution suite.”

Intrado is a large company that does many things, and one division makes products for public relations, investor relations and events. That’s the part that’s rebranding as Notified.
The blend of tools gives it a unique position – that it’s the only solution provider that supports those three areas.

Intrado has reinvented itself several times in recent years under the ownership of Apollo Global Management (NYSE: APO). Originally known as West Corporation, the company entered the PR tech space when it acquired a $335 million PR tech business from Nasdaq, which included the press release distribution service GlobeNewswire in 2018.

In 2019, West rebranded as Intrado and acquired Notified, an all-in-one PR tech startup out of Sweden. I’ve previously taken a pretty close look at Notified and wrote this briefing on the product. It looked very interesting, but then the company went quiet. I haven’t heard or seen anything out of them until this rebranding announcement.

Perhaps the rebrand means they’ll be back. I believe the organization has the pocket depth to compete with Cison and Meltwater and could bring a healthy dose of competition to the market.

Meltwater announced revenue grew 11% year-over-year in its second quarter, growing to $97.9 million. Its profit margin (EBIDTA) dropped to 5%, from 16%, in the same comparative period. In a presentation for investors, the company noted the “decline in adjusted EBITDA [was] due to a planned ramp-up in sales and marketing and R&D.”

Meltwater has made three acquisitions this year in Owler, Linkfluence and Klear. In the earnings statement, the company said integration efforts are proceeding “proceeding well and according to plan.”

“The first technical integration milestone was reached in June with Linkfluence and is already starting to benefit our customers,” according to a company statement. “Further integration will be completed in Q3 and will create a seamless customer experience across all our offerings. Going forward we will continue to pursue acquisitions of world-class product teams to complement our existing product offering.” 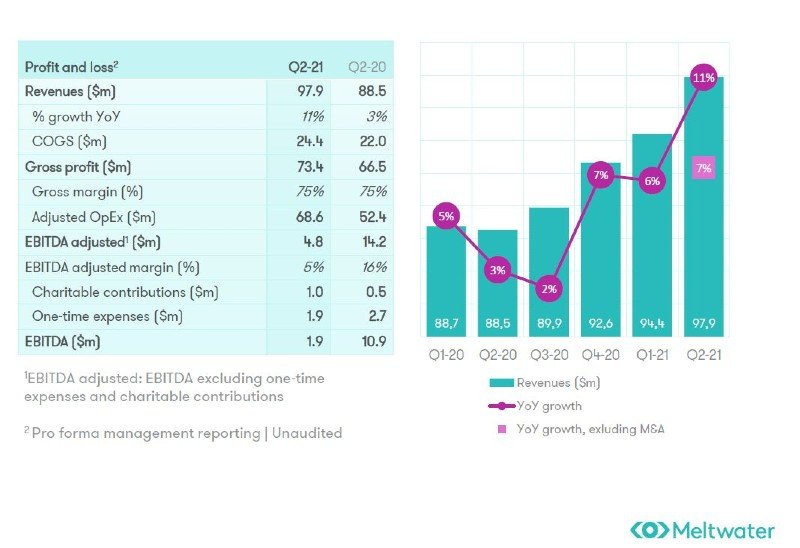 Minor notes from the world of PR technology.

Articles, blog posts and pieces that caught my eye from or about technology vendors in PR.

58% of marketers say martech cybersecurity is the top consideration in procuring marketing software tools I recently read an account...