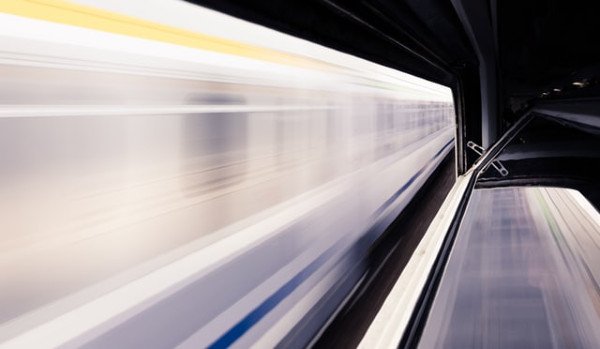 Welcome to the beginning of September.

That’s hard to believe – that we are somehow closer to the end of the year than the beginning – and at the same time, the pre-pandemic era feels like 10 years ago.

The year 2020 has been many things including a warp in the time-space continuum.

Though I do my best to keep tabs on news from PR technology providers for these roundups, I occasionally I miss one. I’m blaming it on the blur that’s been time the last several months.

In July, private equity (PE) firm, Sumeru Equity Partners, acquired a majority stake in SocialChorus in $100 million leveraged buyout. PE acquisitions like this often buyout the previous investors – and leave some funding for growth which is how the press release positions the deal.

Sumeru principal Mark Haller characterized it this way for TechCrunch:

“We’re seeing continued partnership with existing investors and we’re coming in and making that majority investment, and we’ll also be making another investment in the balance sheet.”

SocialChorus last raised $12.5 million in a Series C venture funding round in May 2018, according to Crunchbase. The database indicates the company has raised $47 million (including debt) in five rounds from four investors. The announcement said, “financial backers Kohlberg Ventures and Arrowroot Capital will continue as significant investors in the company, alongside the founders and management.”

In my assessment, SocialChorus is an interesting internal communications platform – in a time when employee communications is more important than ever. The company helps leaders and communicators create, publish and distribute text and multimedia messages to an internal team.

It has made several new product announcements in the last 12 months or so, including integrations to Microsoft Office 365, an enterprise search tool and analytics that strives to “correlate [employee] engagement to feedback trends and business performance.”

The company has since rolled out a new logo and company website.

In a separate, but timely report about the state of M&A in the PR technology space, Burton-Taylor Consultant Chris Porter noted:

“We see ongoing M&A action in this space at all levels, from local strategic tuck-ins to major private-equity transactions. Platinum Equity’s $2.8 billion purchase of Cision in January was a prominent deal but we are also tracking significant regional activity, including innovative transactions in the Nordics, in the heart of Europe and in south-east Asia.”

The Cision deal was announced in 2019 and closed this year. Here’s a brief history of the 15 or so M&A deals that led to what Cision is today.

Consulting firm Burton-Taylor also published a report on about the impact the Coronavirus pandemic is having on PR tech vendor sales. The data for their report comes from scouring published financial reports. Here are a few data points that drew my attention:

For a size comparison, Cision reported $730 million in revenue with a net loss of $24.4 million for the full year in 2018, the last full year report the company published as a public company. It’s easily the largest solution provider in the space.

In June, LexisNexis added a feature to simplify searches in Nexis Newsdesk, a media monitoring platform after testing it “with over 1,000 customers.” The feature dubbed “Simple Search” is an alternative to Boolean searches that helps users “more quickly and efficiently capture the precise results they seek,” according to a statement.

At the time of this writing, it wasn’t clear if Propel built broadcast monitoring tool itself or partnered with a mature provider to obtain it. Larger rivals such as Cision, Meltwater, Muck Rack and Burrelles all partner with TVEyes for broadcast monitoring that includes podcasts. I’ve reached out to the company asking for clarification and will update this section should I hear back.

Update 9/3/2020: Propel founder Zach Cutler confirmed that TVEyes is “the basis” of broadcast monitoring. He says the company has “built layers of data and analysis on top of it” that “enables certain functionality that no other broadcast monitoring tools have.”

It’s worth pointing out here, other vendors that use TVEyes for broadcast monitoring make similar claims. I just wish vendors would be straight forward about this instead of purposely omitting it. The integration with TVEyes isn’t a point in the innovation column with a technology decidedly pursuing a channel sales model…it’s table-stakes.

6. Picks from the trade pubs and vendor blogs

Here are a few posts that stood out for me in pursuing the PR tech vendor blogs:

a. How to Track Inbound Traffic from a Press Release by Serena Ehrlich & Business Wire

“Create UTM links for your blog posts, social updates, advertising and other marketing collateral to keep your program’s activities separated.”

b. How To Create an Effective Market Positioning Strategy by Perri Robinson & Meltwater

Quotes Kotler: “…the act of designing the company’s offering and image to occupy a distinctive place in the mind of the target market.”

c. Corporate Communications in an Era of Change by Eric Koefoot & PublicRelay

“We are now in the third generation of media monitoring and analytics – one that has moved to recognize the limitations of technology and that has embraced the value of human-technology collaboration.”

d.Passive Voice in Journalism: How to Wield It Responsibly by Tiana Gibbs & PR Newswire

“Passive voice can be an issue stylistically. It can add extra or unnecessary words to a sentence and obscure meaning. It often comes off as vague, stiff, or formal. It also can hide an individual’s actions.”