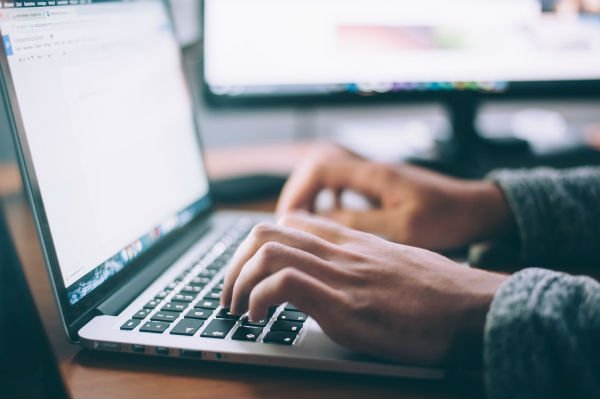 The solution providers serving the PR and communications space have been busy. There were more product releases in September than in any other month, since I started tracking a list of 30 or so vendors about six months ago.

You can find previous summaries neatly organized under the PR Tech Sum and this page explains what vendors who aren’t on the list but would like to be added can do to make that happen.

Agility PR Solutions launched “their reimagined media monitoring software” this month. A representative explained to me that meant it was “rebuilt it from the ground up.”  The company has improved the user interface making the some of the more advanced features – like Boolean searches – easier to conduct even for novice users.

The use of AI to make suggestions promising. In my observation, some of the incumbent vendors simply are not making strides in AI. The use cases are plentiful, from search suggestions, as Agility says they’ve done here, to analyzing media coverage and notifying you of new reporter and influencers you have not reached out to but are writing about topics you are pitching.

Agility PR Solutions is a subsidiary of Innodata Inc. (NASDAQ: INOD). The Agility platform was originally part of PR Newswire but was divested to Innodata as part of a ruling by the DoJ, when Cision acquired PR Newswire for $841 million in 2016.

The company’s product page has some additional product descriptions and visuals.

Bad sometimes means good. Bombs and booms are sometimes naming conventions for wit or wisdom. We throw shade. Between memes and GIFs, we’ve started communicating with pictures again – which I’m pretty sure is an evolutionary regression – but that’s another post.

The challenge in sentiment analysis is classification. For example, how do you categorize a story about a ship full of treasure that sunk but the Coast Guard saved all the passengers? Is that a positive story? A negative one? A neutral one?

It’s a mix of all of these things. And so, when media monitoring tools tone articles, it’s not accurate and PR people have to go in and manually fix this for reporting.

Meltwater calls this an override:

“An important feature of our offerings has always been the ability to override the sentiment values assigned by our algorithms. Overrides are indexed as different ‘versions’ of the same document in Meltwater’s Elasticsearch cluster, providing customers with a personalized view of their sentiment when building dashboards and reports.”

In a blog post, the company says its made some improvements to how it determines sentiment that has resulted in “55-65% less sentiment overwrites globally.”

“We traditionally used an algorithm that takes a document and applies sentiment for the entire text. The longer the document, the less accurate the sentiment.”

So, the article about a sinking ship gets labeled one way or another, regardless of whether all the souls were saved or not.

That’s totally bad! And I mean that in a good way, of course.

3) Prezly simplifies 1:1 pitching in its platform.

“You no longer have to leave your Contacts List to send a pitch. Simply find the Contact you would like to pitch, select an email address to send it to, or use the quick menu to open the Pitch Form.”

It also enables this feature from with several other areas of its product, including stories (pitches), campaigns and grid view. The grid view shows all of the pitches your team is working on including who is sending what pitch to which contact along with open and CTR metrics.

The blog post contains several short videos demonstrating the various aspects of this feature. The screenshot you see here is from one of those videos. 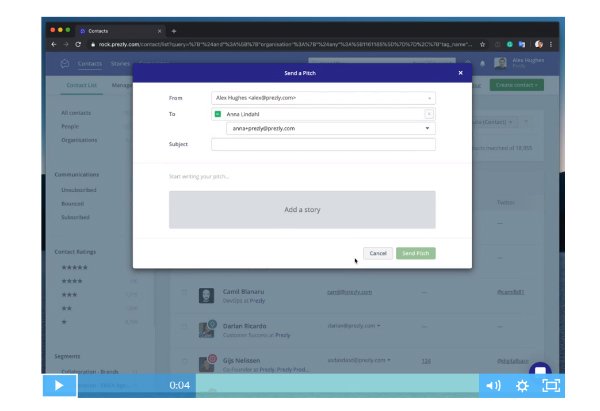 Business Wire announced a “strategic partnership” with Onclusive to provide “earned and social media insights” for releases distributed over the Business Wire network. The reports will be called “Earned & Social Media Analytics” and will include metrics such as “such as volume, social and influencer engagement, advanced sentiment analysis and geolocation.”

More specifically, a company representative for Onclusive said in an email, that the report will include these measures:

The feature within Business Wire does not currently support attribution for press releases the way Onclusive does with earned media in its own platform. Attribution is where the company can track when a visitor reads a news article about your company online, closes the window, and then visits your website a few days later.

Business Wire is owned by Warren Buffet’s Berkshire Hathaway. In May, the company announced a sales partnership with investor relations tech company Q4. 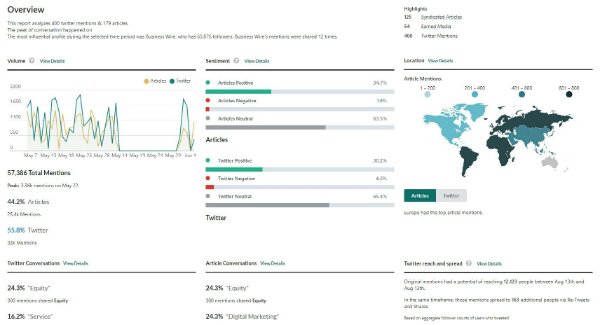 5) Intrado rolls out an integrated solution.

Intrado, formerly known as West Corporation, has made several acquisitions over recent years and announced earlier this month, an integrated platform tying all these together:

“Customers can elevate their webinar engagement, activate word-of-mouth marketing, publish press releases and user-generated content, and measure the effectiveness of their campaigns using our suite of communications solutions.”

According to the release, point solutions acquired and weaved together include:

The consolidated platform provides an “end-to-end communications workflow that allows them [marketers] to listen, create, connect, deliver, amplify, and measure.”

“Business Wire’s support is vital to continuing to scale our programs and provide new opportunities and services to our members,” said Talia Beckett-Davis, President of Women in PR North America in a press release.

7) Cision publishes a report on freedom of the press.

Cision announced what it dubbed a “State of the Freedom of the Press” report that reveals some of the pressure and risks reporters and journalists from around the world face. Some of the findings include:

The findings are drawn from the same survey of 2,000 reporters the company used to produce its annual “State of the Media” report which was published earlier this year and I wrote about here. 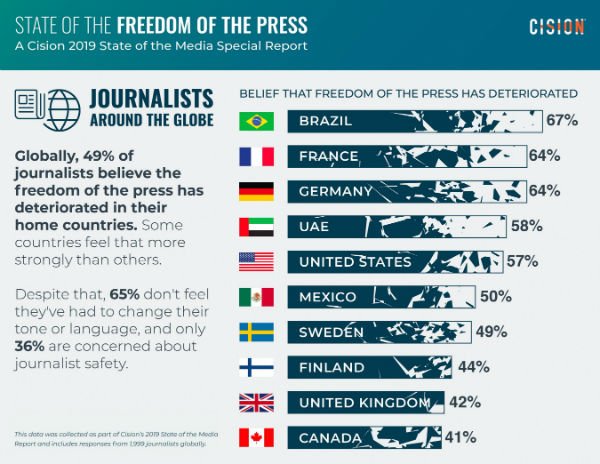 This neat little explainer video by TVEyes was published in July, but I’m just seeing it now. The company has taken to calling itself “the search engine for broadcast” which may not be new – I just hadn’t noticed it before and I think it’s interesting. The video runs a little more than a minute.

“Sales and marketing teams are not the only departments in your company that should be actively using your customer journey to drive business activities. Customer journey maps are also a necessary communications tool for a variety of reasons.”

“We’ve pulled the top publications and articles that cover technology that received the most shares on social media so far this year from Muck Rack verified journalists.”

“AI-powered media monitoring is now here to take the baton from Boolean.”

d) 3 reasons to reevaluate your internal communications strategy via SocialChorus

“Companies can’t stay competitive if they can’t attract top talent to the workforce. So it only makes sense that the lifecycle of your employees (from pre-hire to post-exit interactions and everything in between) is perhaps the most meaningful part of the job of your internal communications team.”

e) The importance of coverage curation via Releasd

Over the course of the summer, a few changes to the CMO role at high profile companies have caused some...