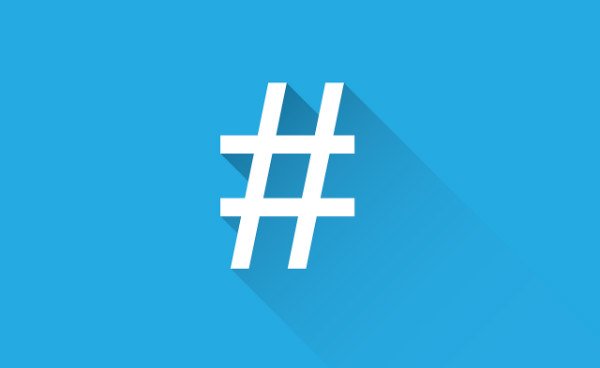 About 18% of PR pros would invest in social media next year if money weren’t an issue. That’s according to a poll by PR Daily of about 300 communications pros (hat tip Arik Hanson).

The survey doesn’t get into how that budget would be broken out, which means it could include entail headcount, creative or design, social media management tools, and paid social. I want to advocate for paid social and specifically as part of a media relations program.

Smart spending in this way can have outsized benefits. It helps cut through the clutter with creative targeting. In addition, it’s a way for smaller companies to punch above their weight class in two ways.

When you have a significant announcement that you think is newsworthy, you can’t just rely on old fashioned email pitching. Fewer reporters are inundated with more pitches every year.  It’s ever more challenging to stand out.

But do you know where you can stand out? On Twitter.

Surveys consistently show Twitter is the top social site for most reporters. So, when you have a significant announcement, put a little paid spend behind it targeting reporters you think would be interested on that platform. It’s a very passive pitch that relies on relevancy and targeting.

I often build Twitter lists which is useful for a number of reasons including paid social campaigns just like this aimed at:

When you do advertise, don’t just rely on one link and single tweet. Instead, use several links and variations of the tweet – from snappy headlines to statistics. A big announcement ought to have multiple assets already in the plan – a press release, blog post, short video, and graphics for example – so you are just making use of the tools you have, not inventing new ones.

You should also experiment with the goals: reach vs. engagement vs. clicks. Ultimately your goal is to do all you can to ensure reporters have a chance to see the announcement.

The timing matters. You’ve got to have the agility to set this up to go out at the same time you are pitching and let it run for a few days. As the campaign is running, keep an eye on the analytics. Twitter has pretty good analytics which you can use to modify the campaign on the fly to improve its effectiveness.  In addition, you should also tag your URLs with UTM codes to see what your web analytics has to say – the difference between engagements and CTRs.

This isn’t just a way to reach media – these campaigns also reach bloggers, influencers and customers or prospective customers. Their reaction to the news can also shape media coverage. For example, I’ve pitched stories where a reporter passed, but upon seeing the interest online changed their mind and came back around to cover a story.

2) Use paid social to showcase your earned media.

Businesses work so hard to earn coverage; it always amazes me how short-lived the victory lap is when they finally get some. This is a missed opportunity (here are 12 things you should do with coverage after its earned). As I’m prone to say, what you do with media coverage after you get it is just as important as getting it in the first place.

Post your earned media organically first, and the put some paid social spend behind it. Again, best practice is to select several links and create variations. You should also vary the audience you are targeting. Media should be part of it – because reporters do pay attention to what their peers and competitors are writing – but this also a good way to build on the third-party credibility that comes with earned media and target bloggers and customers.

Some of the target lists I build for this purpose also include:

If account-based marketing (ABM) is a hot topic in your marketing organization, this is an easy way for PR to make friends and influence people in your own business.

>>> Related: 12 Ways to Leverage Your Existing Investment in B2B Webinars

Twitter is by far the most cost-effective when considering targeting and ease of use, but you can do this with LinkedIn too. I’ve just found it to be crazy expensive, so I generally encourage clients to save this for lead generation – webinars, whitepapers and that sort of thing. Usually, you really need some lead gen metrics to justify the kind of spend that it takes to move the needle on LinkedIn.

I am however a fan of boosted posts on LinkedIn. Save it for your best organically performing posts for the best possible results.

Facebook can be effective too, especially for B2B companies, because every B2B company thinks their customers aren’t on Facebook. But they are. Everyone is. You can find them by targeting people that like an association’s Facebook page or a trade publication’s Facebook page. The lack of demand among B2B marketers sometimes makes this a better spend for the same money.

One thing I recommend for both platforms is building custom audiences. Those that read my posts about content marketing know I advocate two important points:

a) Content marketing and media relations go hand-in-hand which helps build subscribers; and

b) You are not doing content marketing if you are not building subscribers – those subscribers are the basis for custom audiences – it all comes full-circle.

Finally, I strongly recommend doing this during conferences and tradeshows and targeting hashtags. If there is a time to showcase your earned media and best performing content, this is it. If your company is spending tens of thousands of dollars to be present at these events, it just makes sense to complement the effort with a few hundred more in paid social to what in effect, a captive audience online.

>>> Related: The Benefit of Calculated Risk in Public Relations

How Much Budget do you Need and How do you Get it?

The good news is you don’t need a lot of money. You can get a lot of mileage out of a budget of $200-$500 per month – less than $6,000 per year at the high end. It’s peanuts even for smaller companies. The CMO Survey indicated businesses will spend 8% of their marketing budget on paid social in the next 12 months.

Selling people on the idea requires a few prerequisites: You have to know how to use the platform. Having some experience in learning what works and what doesn’t will help considerably because it will enable you to design some tests. You can effectively measure the cost-per-click as compared to other sources.

Tests are easier to conduct in smaller companies – which gives scrappy startups and flexible mid-market companies an advantage: the big companies sometimes just can’t make it happen because there’s too much bureaucracy and this is an unconventional technique. You can be rest assured, the marketing and advertising people aren’t thinking like this, which means you have less competition for the same social ad inventory. That’s what makes it cost-effective.

In larger organizations, this can be trickier, especially if marketing is centralized. If it’s decentralized, there’s a case to be made to use existing social channels dedicated to your group or division, or to create some. This will take some planning and consensus-building but usually, if you can swing one advocate, others will follow.

Regardless of the size of your organization, you won’t get any budget for paid social unless you ask for it.

Looking for an agency that can think big and execute?
Give our services a try. Talk with us!

For most businesses, organic search is the single largest source of web traffic. It’s often high-quality traffic too because that’s...