Home > PR > What Do You Get When You Cross Media Trends with Customer Support and Investor Relations? PR Tech Sum: Business Wire, Meltwater, Onclusive, Cision, TrendKite

What Do You Get When You Cross Media Trends with Customer Support and Investor Relations? PR Tech Sum: Business Wire, Meltwater, Onclusive, Cision, TrendKite 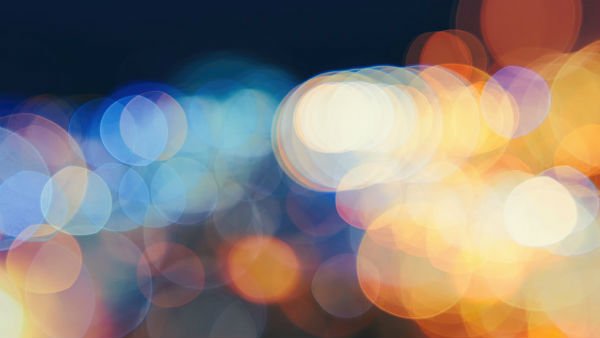 At the beginning of every new month, I take a look back and the news and notes stemming from the software developers that make tools for PR pros. I call it the PR technology summary (PR tech sum) and here’s what I found over the last 30 days.

If you work for a vendor, there’s a couple notes and links at the bottom just for you.

The press release distribution platform owned by Warren Buffet’s Berkshire Hathaway says it’s partnering up with Q4 Inc., which provides “cloud-based investor relations solutions.”  The press release doesn’t spell out any specific technology initiatives, so it seems this is merely an agreement allowing each business to sell the others’ products.

“Q4 is excited to offer Business Wire’s services and together we look forward to delivering significant value to our clients,” said Q4 CEO Darrell Heaps in a press release.

Comments Business Wire COO Richard DeLeo made to PRWeek mirrored that notion, calling it “phase one” of the agreement. PRWeek reporter Sean Czarnecki quotes him in his story as saying, “We’re going to put our heads together about how we can integrate further and create more products.”

I’ve worked with businesses previously that have done sales partnership like this – and agreements like this are often a chance to get to know each other. You get legal and non-disclosure agreements in place, which allows them to look under the hood a bit. It may lead to something, or it may not.

Interestingly, PRWeek pointed to some of the competitive pressures in the industry as a result of acquisitive environment:

“Business Wire once partnered with TrendKite, the digital PR platform that was acquired by Cision this year. Trendkite provided its analytics to Business Wire, packaged in its NewsTrak reports. That partnership has ended.”

Q4 last raised $38 million in venture funding in a Series C round that closed in late September, according to CrunchBase. The company has raised a total of $66.3 million that includes previous venture rounds, convertible notes and debt financing.

Do you remember the last time you needed support from a technology provider? It probably required fishing around the website looking for a phone number, calling, listening to a long list of options, and then being placed in a queue to wait for a representative to be available.

Meltwater might have a better way to connect. The company rolled out three new chat channels to provided 24/7 support to customers. Customers can reach support through a chat channel on its website, within the Meltwater web application, or through the mobile app.

Writing on the company’s blog, Lindsey Woodward, who leads the client support team said, “Whether jumping on a call to assist in creating an internal newsletter or report for your boss or setting up new employees on the Meltwater platform, we want our clients to have personal and open communication with Meltwater.”

Chat systems have certainly seen adoption rate grow to the extent some see them as a way to replace gated content. To me this just moves the data collection around a little bit on the website, but one place I have seen this work pretty well is the connection to customer service. For example, when demoing a product (not Meltwater) for a review (I’ll publish here in the future), a chat bot popped up. Now I’m a customer, I used the same channel for support, which has made it all fairly seamless for me.

Onclusive released a report called the 2019 Global Journalism Report, which it says “analyzed 2.1 billion pieces of editorial content.” The report compares the volume of articles, characters per article and the publication tier for which they were written – from Q1 2018 to Q1 2019 – to draw several conclusions.

In aggregate, the report suggests this demonstrates the continued pressure on the newsroom to produce more with less. The decline in the number of what the report calls “professional journalists” has changed the field of PR considerably in recent years. As I’ve pointed out over and over, this has, in part, contributed the need for PR to get serious about *true* content marketing. 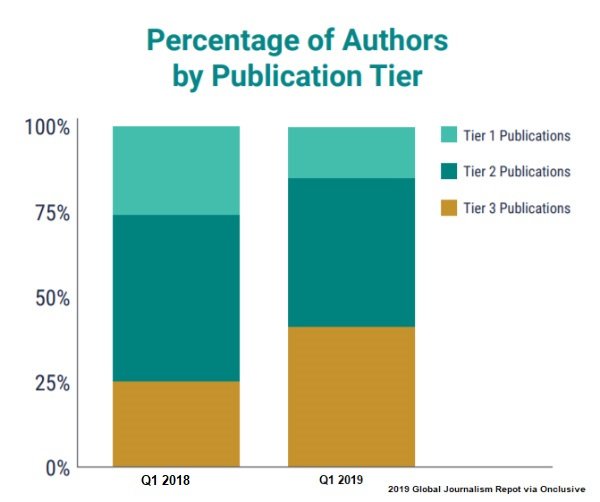 4) Details on the Cision-TrendKite acquisition

Earlier this year, Cision acquired TrendKite, so this isn’t news, but in the course of scoping out what Cison has been up to in the last 30 days for this piece, I stumbled on an investor presentation about the deal on their customized investor relations website. It has some interesting numbers, I thought were worth sharing here.

Notably, the deck puts the average sales price (ASP) for a TrendKite subscription at $19,000 annually. That’s much higher than the ASP Cision reported in its last earning’s statement, so chances are as these companies merge, we’ll see this number increase.

TrendKite finished 2018 with $25 million in revenue and 144% CAGR growth over the last four years. Cision paid $225 million to buy the company and put the sales multiple at 7x forward earnings (~$32m). Cision paid for the acquisition with $94 million in cash and 10.2 million shares (NYSE: CISN). The stock price has ticked up a bit since the acquisition, so on paper, and barring any lockup period, it’s been a pretty good deal for TrendKite.

That presentation also details an interesting competitive analysis suggesting that Meltwater and Kantar Media are its biggest rivals. The comparison to Meltwater makes a lot of sense to me, but Kantar Media is focused paid, rather than earned, which is the focus Cision defines for investors in this presentation.

That said, the distinction is blurry and overlaps in several areas. Is this merely an effort to illustrate comparable names Wall Street will recognize – or a nod for some future direction for the company? 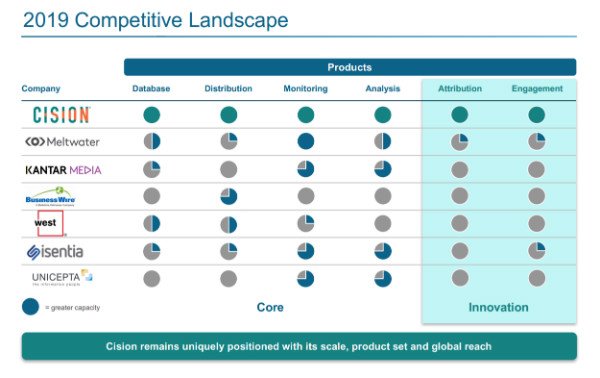 5) Picks from the vendor blogs and PR trades

I’ve looked over the vendor blogs for the last 30 days or so and picked out a few blog posts (or contributions) I thought should earn a mention.

If you’ve got a vendor post that’s truly useful, feel free to pass it along (details below). I especially welcome studies and pieces with data that you’ve used your own product to produce.

“The best day to send a press release is on Thursday when the average open rate jumps to over 26%…The worst days are Wednesdays and Fridays when even 85% of your emails get lost in the journos’ inboxes.”

b) Is Your Press Release Pitch Guilty of Information Overload? via BurrellesLuce

“Seth Godin wrote and has famously been quoted, ‘Once you overload the user, you train them not to pay attention. More clutter isn’t free. In fact, more clutter is a permanent shift, a desensitization to all the information, not just the last bit.’”

“…new research from staffing firm The Creative Group shows. According to the firm’s latest State of Creative Hiring data, 75 percent of advertising and marketing hiring decision makers anticipate expanding their teams in the second half of 2019, up from 60 percent six months ago. In addition, 62 percent of employers’ plan to increase the number of freelancers they use, a 6-point jump from the first half of the year.”

“Compared to ordinary customers, brand advocates have a higher chance to influence the purchase decisions of their audience.”

e) The industry is growing: Employment for PR pros is up 9% from 2016 via Muck Rack

“As technology advances and public opinion shifts, there will always be a flux in the way people approach media. The demand for communications professionals who can exert their expertise and create tangible results for brands is at an all-time high.”

“While you will set benchmarks as you begin your measurement program, it should not only be used to see what happened. The most valuable aspect of your program is understanding what to do next.”

g) Do Execs Know What PR Is? via O’Dwyer’s by way of Cision CEO Kevin Akeroyd

“While marketing and advertising have enjoyed all-time high investment levels, PR and comms are struggling, and in many corporations, being radically under-funded.”

h) Crisis Management – Q&A with a PR Pro via TVEyes

“…there’s a lot you can do to prepare for a crisis. First thing’s first, you need to know that a crisis will happen to your business – it might be small or isolated, but it will happen, and preparation is key.”

Do you work for a PR technology vendor? I’d like to hear from you. For reference, here are the companies I’m tracking; if your company isn’t on the list, get in touch. In addition, I’ve spelled out the opportunities to get covered here, which include product reviews and PR tech briefings.

If you enjoyed this post, you might also like:
How Big is the Market for PR Software? PR Tech Sum: Burton-Taylor, Cision, Muck Rack, Critical Mention, Talkwalker