Home > PR > The Benefit of Calculated Risk in Public Relations

The Benefit of Calculated Risk in Public Relations 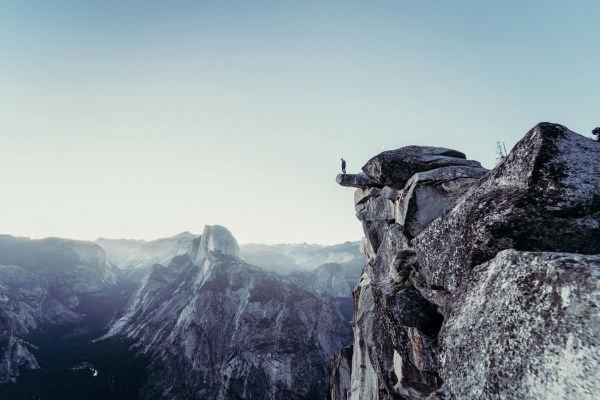 There is a long-running joke in public relations (PR) circles, that it takes more time and effort to get press release through the approval process than it does to write one in the first place. Unfortunately, after going through such machinations, the bolder parts of these statements – the stuff that makes a brand different amid a sea of sameness – tends to get stripped out.

As all politics in business are local too, and so even the best PR pros have to pick and choose when they can push back. As a result, they start writing materials so that they’ll appeal to an executive and get through the review process with less friction, rather than composing compelling prose that appeals, engages or inspires a target audience.

Everyone says they are “a leading provider” and follow that up with lukewarm declarations and quotes that read “we are very pleased.”  That’s no way to stand out in the clutter of modern digital communications. Indeed, taking a little bit of risk in the name of boldness, humility and humanity can go a long way in separating your business from the competition.

I was reminded of this over the course of analyzing data from the 2019 JOTW Communications Survey. It’s the second year in a row, I’ve had the good fortune of teaming up with Ned Lundquist and his Job of the Week Newsletter to poll PR and corporate communications professionals.

Among the 20 or questions, we posed was this one:

“All things considered, how successful would you say the communications or PR efforts of your organization were over the last 12 months?” 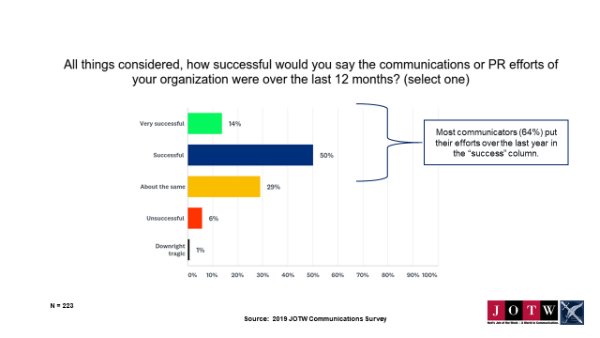 The real insight came, however, with the associated sentiment. We asked “Why?” as an open-ended and optional follow-up question. Seventy-five respondents – about one-third of the total – wrote in answers.

Those that said their efforts were successful or very successful wrote:

Those that said their efforts were about the same wrote:

Those that said their efforts were unsuccessful wrote:

In my assessment, the sentiment suggests those that take chances are more likely to say their efforts were successful than those with less tolerance for risk. Business leaders understand risk and reward, and so perhaps presenting feedback – from messaging to measurement – in such framing can go a long way towards improving improve PR or communications results for the next 12 months as well.

The full survey is embedded nearby and is freely available for download as a PDF document from SlideShare. A total of 223 communications and public relations (PR) professionals completed the survey which was conducted in January and February 2019. Some 68% of respondents report holding in-house communication roles and 90% have 10 years or more experience in the industry.

Note: A version of this post first ran on Business2Community: Getting Comfortable with Risk Central to PR Success, Suggests Survey

The Cliff Notes to 19 Studies, Benchmarks and Email Marketing Statistics