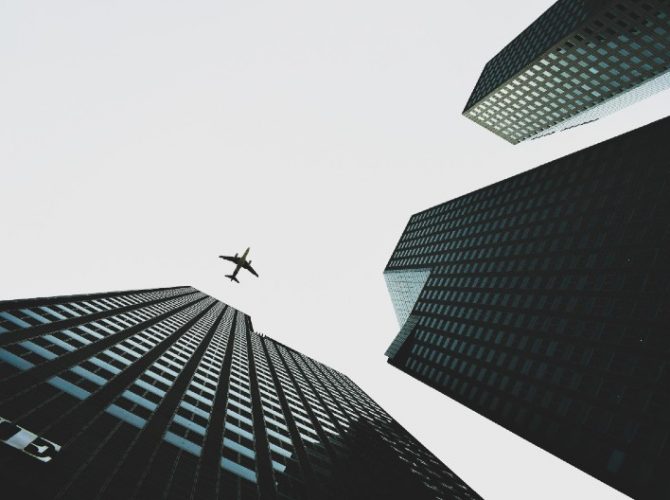 I took a business ethics course when I was studying for my MBA. One of the assignments was a peer-reviewed journal article that made the case against merger and acquisition (M&A) transactions.

When I say “made the case” it was a detailed takedown of M&A with a long list of failed deals. It said these deals were bad for customers, bad for employees, and often bad for investors (LPs, not the fund managers). Therefore, the author concluded that such deals are unethical.

Of course, b-school being b-school we debated the merits of that journal article in class. I didn’t think it was unethical, just capitalism.

My views have changed some over the years, largely because of my experience with more than a dozen M&A transactions in my career. I’ve experienced it from all sorts of angles – working for a company that was acquired, working for the acquiring company, and even had a little run with a divestiture, that coincidentally, I’d pick up again as a client years later.

As a communications pro, you are generally privy to conversations the rest of your peers are not. My point is, that I’ve had many behind-the-scenes glimpses of these things from multiple perspectives. I still don’t think M&A is unethical but it is clear to me that the incentive for profit and human tendency to “fall in love with a deal” overshadows some of the required nuances.

While dealmakers always have a logical thesis and cool buzzwords like “unlocking value” the thing they overwhelmingly underestimate is culture. It’s the biggest threat to a successful M&A – and it can’t be found on a spreadsheet. It’s just incredibly hard to get people to accept and adapt to these types of changes.

There’s another factor at play here too – and that’s the track record of M&A in PR software. On one hand, dealmaking has brought sizable new competitors to the market. On the other hand, I also see an M&A, that looks to me, whether intended or perceived like it’s removing competitors from the market.

I remain a capitalist at heart, but I’ve developed a healthy skepticism too. I’m open to being proven wrong. Indeed, I’m hoping I am.

Onclusive announced it acquired the media monitoring platform Critical Mention. The transaction follows a private equity-backed three-way merger between Kantar Reputation Intelligence, PRgloo and Onclusive which closed in the beginning of the year. The combined company later rebranded under the Onclusive name.

“Critical Mention offers an integrated earned media monitoring service which includes broadcast, podcast, online news and social media for clients in the U.S., along with a validated media contact database,” according to the press release. “The company’s team is predominantly located in offices in New York and India, all of whom will continue under the Onclusive merger.”

The terms of the deal were not disclosed. Crunchbase reports Critical Mention has raised $9.3 million over five venture rounds since 2004.

It’s worth noting, that several prominent PR software providers white label TVEyes in their own solutions. It’s possible that Onclusive did too at one time. My email to the company asking about this went unanswered.

However, as one verified Onclusive customer wrote, “the broadcast monitoring is done in partnership with another company and could really be improved.” That’s consistent with the feedback I’ve heard in the market about TVEyes. Vendors that white label TVEyes go to lengths to tell me they embed the technology within their own secret sauce to solve UX issues.

Third largest in the U.S.

Onclusive already had strong monitoring capabilities and was also building out a media database in its own bid to become an all-in-one PR software provider. So, aside from broadcast monitoring and some data, what is getting out of this deal?

It’s getting customers for sure, and perhaps scale as the announcement suggests: “Acquisition reinforces Onclusive’s position as the third-largest media monitoring provider in the U.S. with 3,000 clients.” [Emphasis added].

They have bitten off a lot in a short period of time – and undoubtedly have much work to do on integrating people, process and technology – so we’ll have to see where this turns out.

The Warsaw, Poland-based Prowly said it has “broadened” its media monitoring capabilities. The enhancements help PR professionals conduct industry research, identify consumer trends and “collect intelligence on competitors,” according to a statement.

“Users will be able to search for different keywords and obtain results relevant to their goals and strategies with dozens of filters, view interactive dashboards with metrics used by the public relations industry, receive real-time alerts for their most important searches and seamlessly collaborate with coworkers on projects.”

Prowly was acquired by Semrush in 2020, in a move I think could be interesting. SEOs want links and PR is the function that can legitimately earn high-value backlinks. Ironically, very few media monitoring vendors can detect a backlink without a keyword, which given the short- and long-term value of a backlink is a glaring hole in these solutions.

A Prowly representative confirmed their new monitoring feature does in fact monitor for backlinks and you can see it in the screenshot nearby. Prowly offers a 7-day free trial.

This isn’t a PR tech story per se, but it is an interesting use of technology in PR. One enterprising PR practitioner has launched Metaverse Public Relations.

The purpose is “to help Web3 startups and established businesses meet the challenge of communicating effectively in our new, constantly changing virtual universe,” according to the press release published on Business Wire.

Of course, they did an appropriate stunt and minted a press release:

“To commemorate the occasion, the new shop minted an NFT press release, the first-of-its-kind. See it here.”

Is this the start of a new business model for PR agencies and consultants?

No more billable hours or retainers. You do all the work for free but retain the rights to sell a minted press release you wrote for a client.

If only. And that’s the asking price, not the sale price.

Cision released its first diversity, equity and inclusion (DE&I) report that incorporates workforce representation data, initiatives and key actions in 2021. The report is based on a global survey of its employees.

The findings show the company has gender parity at leadership levels but has room for improvement in other areas such as ethnic diversity. It also found “61% of our staff have said they have had average or worse mental health.”

There’s no mention of salary comparisons, which is a long-standing issue in PR. For example, women are the vast majority, but often make less than their male counterparts. To be fair, it’s not a problem unique to PR.

The full report is ungated and freely available for download. While there’s work to do yet, the company should be commended for opening itself up this way.

It seemed like any ordinary day in August of 2002. I rode the WMATA bus down Wisconsin Avenue. It was...