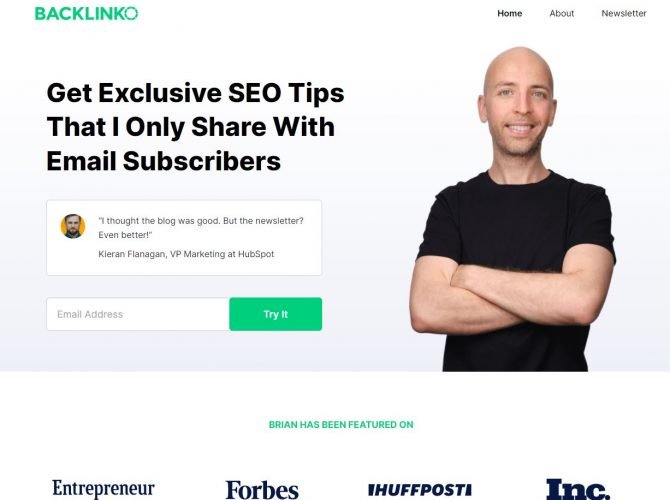 Buying a publication can be a faster path to developing an audience than building one organically. It doesn’t happen often, but we’ve seen software companies in the PR space run this play before.

In 2010, Vocus acquired the Help a Reporter. HARO, as it’s known colloquially, was an ad-support email newsletter that sent media opportunities from 30,000 reporters and bloggers to a subscriber list of 100,000 PR pros and small businesses.

In 2013, the trade publication Bulldog Reporter was about to shutter after 30 years of covering PR news. Innodata, the parent company of the soon-to-be-formed Agility PR Solutions swooped in and bought the publication in bankruptcy. Its long-time editor Richard Carufel, is still running the publication today.

Side note: I don’t think “Agility” existed as it does today until 2015. Agility was a media database owned by PR Newswire. That database was divested to Agility’s parent company Innodata (which also acquired Media Miser) as part of a DoJ ruling when Cision acquired PR Newswire (see history).

In any case, both of these were “audience buys” and proved to be savvy PR, content marketing and SEO moves.

First, B2B companies spend roughly $150 for every email they collect. Most of these come from registering for one-off gated content like white papers and webinars – these assets are expensive to create and promote. Both acquisitions netted tens of thousands of subscriber emails for a fraction of that cost.

Second, these weren’t just emails lists from downloaded content – but communities of engaged readers. Further, the transactions create buzz and coverage. There was even an SEO angle: in its heyday, HARO was a backlink magnet and from high-quality new sites.

It’s been nine years since any other vendor has acquired an audience, but we saw one this past month. It’s the “big story” in this month’s PR Tech Sum.

Semrush (NYSE: SEMR) acquired Backlinko – a popular website that provides educational posts about SEO. The terms of the deal were not disclosed. Since Semrush is a public company, the price tag would be deemed financially “immaterial” to the business operations.

“Semrush is focusing on building up their marketing education,” wrote Backlinko founder Brian Dean in a LinkedIn post. “And I have a massive library of SEO and content marketing material.”

Most industry professionals recognize that PR and SEO work together. For example, the domain authority (DA) metric invented by Semrush rival Moz, has become the defacto standard for measuring the quality of third-party sites. Many PR tech vendors license that metric from Moz and integrated it into their media monitoring dashboards.

DA is essentially an educated guess for how well a site will rank in search. Backlinko’s domain authority is 68 which is very good. Other vendors have tried to mimic the success by creating similar metrics. AHREFs (see my product review) offers a “domain rating” while Semrush furnishes an “authority score.”

I’ve long wondered why one of the larger incumbent PR tech vendors didn’t snap up Moz or a similar SEO tool ten years ago. Semrush did the inverse: the SEO software company acquired the European PR software Prowly in 2020. That acquisition opened up the potential for a new technology competitor in PR – attacking from the flanks.

Semrush seems to be acquisitive and is well funded. It raised $140 million in cash from an IPO in 2021. In checking the share price in writing this post, the company is trading at around $18 per share or about 30% above its closing price on the day of its public debut. The Motley Fool recently called the stock an “overlooked” opportunity.

Importantly, it’s not just the audience Semrush is getting in the deal – they’re adding a credible industry influencer to their team. According to the announcement, Mr. Dean “and his colleagues will continue to grow the Semrush community by creating and curating original content for the Semrush Academy.”

When you look at what Semrush does, the audience Backlinko has created, and the buzz the transaction produced, you can see how the acquisition hits a trifecta across PR, SEO and content marketing.

Update: Here are some other interesting takes on the acquisition I think are worth a read:

Here’s a roundup of other news and links from the world of PR technology.

This isn’t the post I intended to publish today. I had plans to cover a survey – as I often...