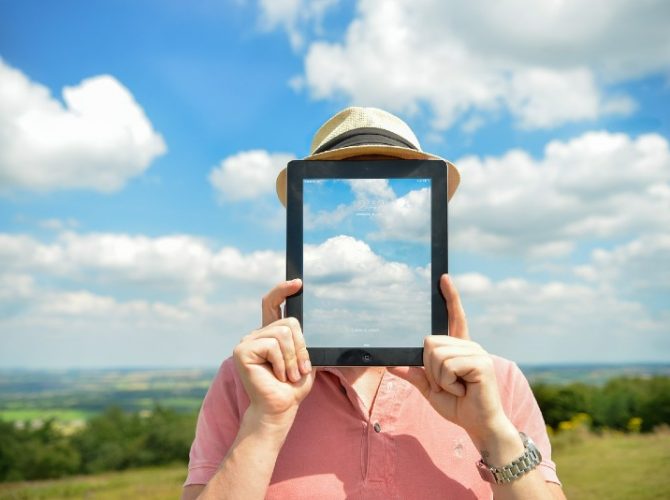 Media relations has been getting harder for ages and PR need to think differently about the tools available to get the message across, including sponsored content

A while back I was having trouble reaching one reporter for a client. I’ve known this reporter for a long time, we’ve met in person previously, and I have worked with this person on behalf of multiple clients and employers for years.

They had covered my client before and I was pitching hard news – good stuff that’s useful for the industry. In this case, I couldn’t get a reply from this reporter. Nothing. It happened several times in a row and I just didn’t understand.

Had I done something to offend him? I’m a straightforward person, both online and in-flesh, and so my tendency to be direct can rub people the wrong way sometimes. That’s both a strength and weakness – but I couldn’t think of anything I had done that would merit the silent treatment.

In a brainstorm with my client, they asked me what I thought about sponsoring a post on that site. I’m a fan of using sponsored content strategically – I often recommend taking a high-performing blog post and repurposing it for paid content – and suggested a blog post we had published earlier that might land well with the audience.

We polished that old blog post up: made sure the information was current, re-wrote headlines and subheads, added a new call-to-action (CTA), and got it ready for a larger audience. When the piece was published, and the client was generally happy with the results.

But then something else happened. A few weeks later that reporter responded to a new pitch I had sent. To be sure, it was a good pitch, but so were the others.  And it wound up landing some good coverage.

Now, most people would say there’s cause and effect. You buy some advertising and magically you also start getting coverage. That definitely does happen in PR.

For example, over the 20-plus years, I’ve been in PR, multiple editors at various trade publications have responded to pitches for ad money with a nod and wink. One former employer bought a full-page ad in a major local newspaper, and after that, every pitch I sent in seemed to merit an interview and an article.

However, I don’t think that’s what happened here. This person and media site have ethics beyond reproach. I think the paid piece simply earned us some dedicated attention with an educational piece of content that reminded them what we’re all about. We demonstrated an interest in the publication – and we earned some interest back in return.

That piece of sponsored content proved to be a strategic use of paid media to augment media outreach.

PR’s strong aversion to anything paid

PR has traditionally had a strong aversion to advertising, so the answers surprised me. There was a pretty strong sentiment suggesting, that yes, sometimes sponsored content can be helpful.

Credibility – that is third-party validation – has been the media relations value proposition forever. Can sponsored content be credible?  Yes, at least some of the time, according to 62% of respondents.

When asked “Why?” many of the answers written in boiled down to this:

“It depends on who is sponsoring the content, and who is creating it. The audience makes the determination if either is credible.”

In other words, who matters as much as what and where. 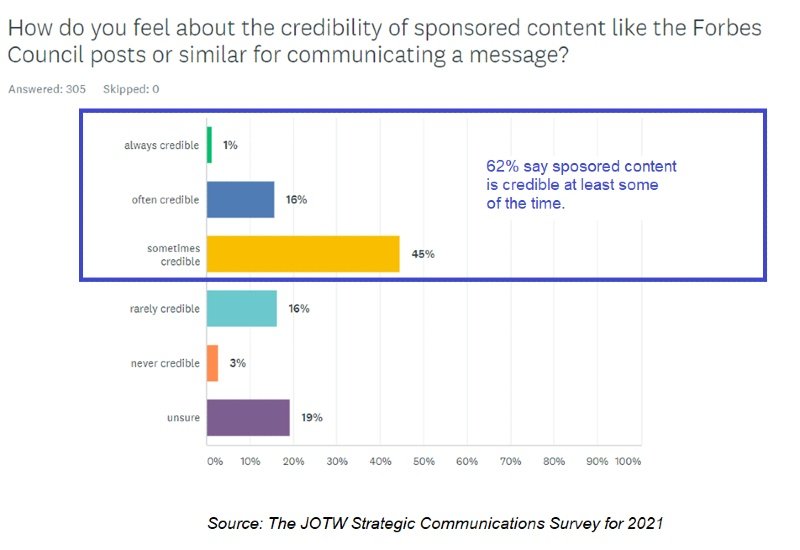 This is an opportunity to gain an edge on the competition – because they probably aren’t thinking strategically about sponsored content regularly. Paid media isn’t the traditional bailiwick of PR, so you have to put some thought into how you are going to use this to improve results to make the case for a budget. 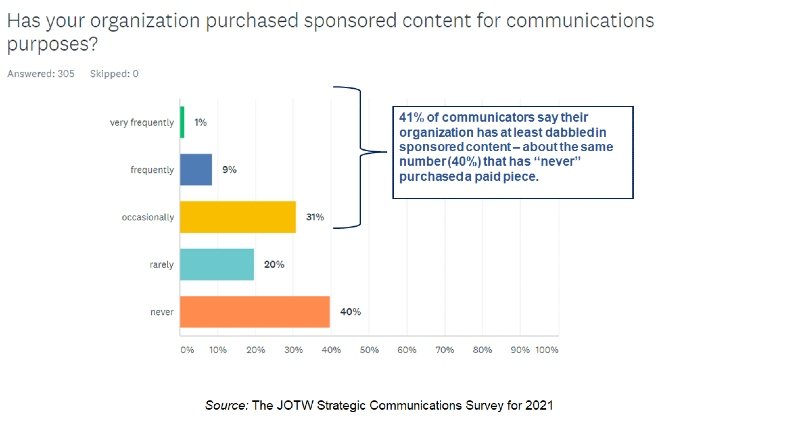 3) Does PR think sponsored content has a place in the earned media toolkit?

More than half of respondents (54%) say sponsored content does have a place in the earned media toolkit. If there’s a clear takeaway for those that think otherwise, perhaps these survey results are a nudge to challenge their views. 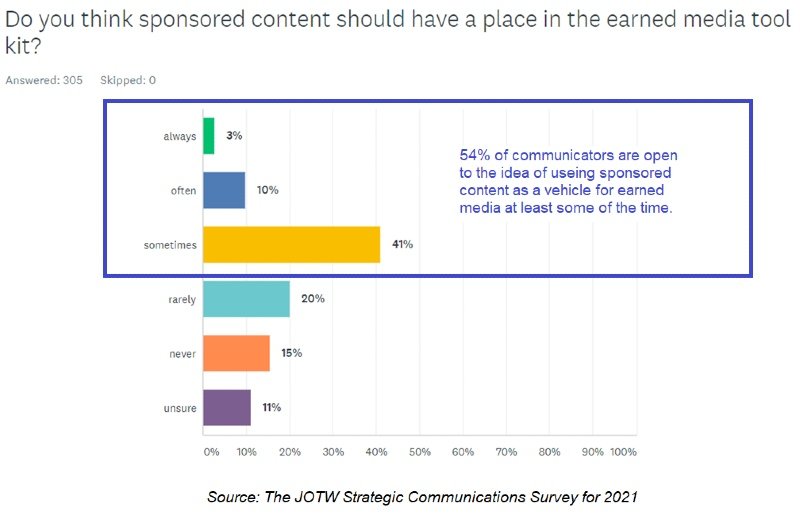 Media relations has been getting harder and harder for ages now. It’s not going to get easier, and so PR needs to think differently about the tools available to get the message across.

If you’ve read me at all, you already know I’m a longtime advocate for content marketing and paid social media as important ways to augment your media outreach efforts. So too is sponsored content. Used strategically, it can be a good way to cut through the clutter and accelerate, expand and amplify your earned media results.

Agility PR Solutions and the venerable Bulldog Reporter invited us back to present at their Earned Media Mastery Summit this...