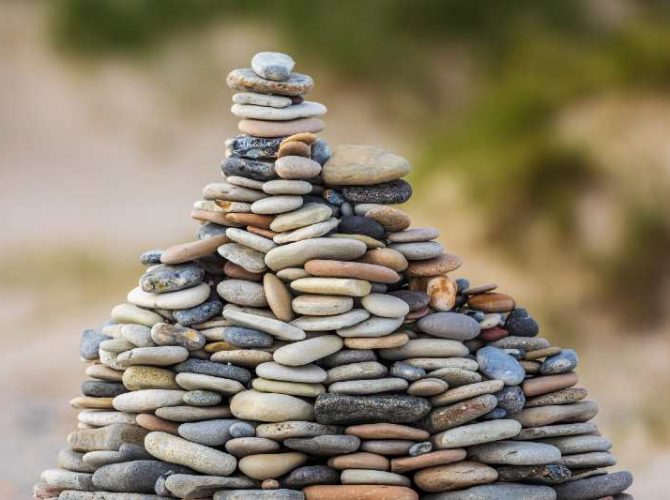 “Depends on the media outlet.” wrote one respondent. “Some [media outlets] are fair; some are not.”

The 5th Annual JOTW Strategic Communications Survey for 2022 asked respondents – 483 mostly senior comms pros – whether their organization trusts the integrity of reporting in traditional media outlets, the answer stacked up this way: 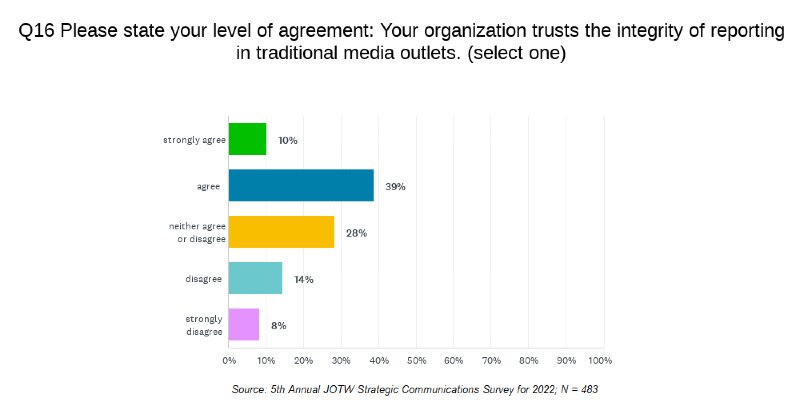 Why? Context behind the statistics

The survey invited respondents to share why their organization trusts, or does not trust the media, in open ended comments. This was an optional question for survey taker and 47 respondents wrote in answers. Below is a representative sample of the answers

Those that agreed or strongly agreed wrote:

Those that neither agreed or disagreed:

Those that disagreed or strongly disagreed:

The effects of trust on comms

Whether you agree with the views above or not, this will have an effect on the job of a professional communicator. It’s adding to the list of responsibilities.

Indeed, it’s not just the reporting we should worry about – but the information we share that goes into any possible reporting, as Karen Swim, a PR, marketing and social media consultant, Words For Hire, LLC and President of Solo PR Pro – and a contributor to the survey analysis – pointed out:

“Mis, mal and disinformation is one of the biggest threats to our society. This goes beyond the political realm but undermines trust in what people read, see and hear from any organized body, including our organizations.

Public Relations professionals must not only guard against mis, mal and disinformation about their companies or clients but part of the solution to stem the tide. It means that we need to be vigilant about fact checking and digging deeper into the information we share. It also means learning new skills, such as identifying deep fakes. This is a growing and scary problem.”

About the JOTW Strategic Comms Survey

This survey was a joint effort between Ned’s Job of the Week (JOTW) and Sword and the Script Media, LLC. Subscribers to both organizations were solicited to take the survey through mentions in the weekly newsletter, dedicated email requests and social media.

Budget used to be among the top communications challenges, but it’s slid down the list every year for the past...