Home > PR > Should Brands Speak Out Right Now or Not? [UML] 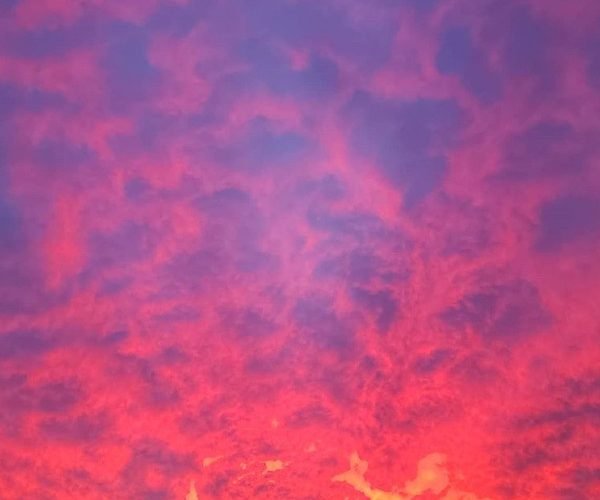 Brands are feeling pressure to speaking out right now. At the same time, some brands that have spoken out were subsequently criticized because their own house wasn’t in order.

As such, I know there many of us wrestling with this question. We all want to do the right thing and we want to do it the right way.

So, for the Unscripted Marketing Links [UML] this Saturday, I look for well-sourced articles that make the case for and against speaking out now.

There are also some suggestions for how to do it if you so choose.

1. The case against speaking out.

The Atlantic makes a pretty strong case for not speaking out. Here’s how staff writer, Amanda Mull, sets it up:

“Contemporary marketing theory implores brands to show up where people naturally congregate online and engage with the topics they care about. That means riding the wave of memes and random topics that sustain social-media chatter, posting in the same formats as everyone else, often acting more like a friend than a company – even in times of tragedy.”

How about now? Should brands show up and engage people about this issue?

“…it has never been clearer than right now that brands aren’t your friend, when social media is awash in videos of riots and humans being assaulted… American brands have rushed to show where they stand, but it’s still uncertain what they intend to offer – what they can offer – beyond greater awareness of their existence and a vague sense of virtue.”

The result is statements that don’t say anything meaningful:

“…you get language so bland, it borders on inanity – the blight of ‘inequality of all kinds’ and the need for ‘meaningful change.’ Companies who have no business associating themselves with anti-racism movements are trying to say the right thing without upsetting anyone, walking right up to the line of politics without stepping one toe over it.”

Here’s the entire article: Brands Have Nothing Real to Say About Racism.

2. The case for speaking out.

Tiffany Hsu, an advertising and marketing reporter for The New York Times, has a balanced piece. There are elements in her story that could be interpreted as both for and against speaking out.

It’s the parts for speaking out that stood out to me:

“Jackie Aina, an influencer with more than three million subscribers on YouTube, posted a video to Instagram last week urging fashion brands like Fashion Nova to weigh in on the nationwide protests.”

“…Ms. Aina said that she did not expect all companies to weigh in. But brands that borrow heavily from black culture and target black consumers have a responsibility, she said, to push for change, often by bringing more black employees into their ranks.”

And closes by quoting her directly:

“When it comes to relevant things happening, things you can’t ignore like the Black Life Matters movement, police brutality or murders in our community, it’s crickets, and that’s unacceptable. If you are capitalizing off of a culture, you’re morally obligated to help them.”

Here’s the full article: Corporate Voices Get Behind ‘Black Lives Matter’ Cause.

I’m case you missed what our fave aunty had to say. Thank you. @jackieaina pic.twitter.com/QFkIfPjzzI

Alison Weissbrot outlines four steps in speaking out in her piece for AdExchanger. The first point is to consider whether to respond at all:

“Brands that have made diversity a priority can authentically join the conversation.”

And notes a bit later:

“Brands without a genuine way in could consider staying silent.”

Above all, actions speak louder than words:

“That can be as simple as donating to organizations that support racial justice, elevating black business owners or committing to diversity programs internally.”

The entire article spells out several other considerations: How Brands Can Join The Fight For Racial Equality Without Being Tone-Deaf.

Reasonable people can condemn racism, oppose rioting and looting, and support the many good people doing a dangerous job as a police officer all at once.

I live near Atlanta, which was hurt by the violence. I’ve made a modest donation to an GoFundMe campaign initiated by Atlanta Falcons Quarterback Matt Ryan.

I’d also encourage you to take a breath, lower your defenses, and just listen to this video:

Image credit: My own