Home > Marketing > Popcorn and a Movie: A Creative and Integrated B2B Marketing Campaign that Could Work in Any Vertical

Popcorn and a Movie: A Creative and Integrated B2B Marketing Campaign that Could Work in Any Vertical 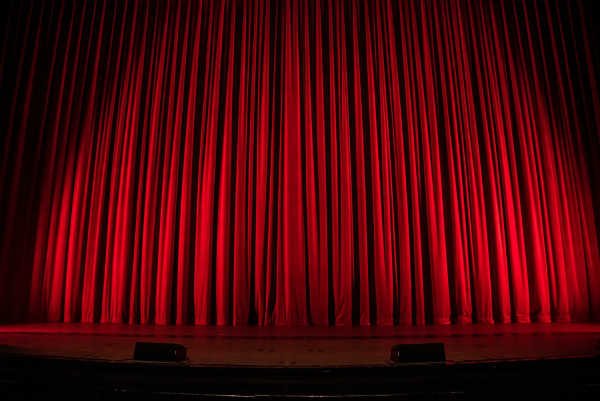 Creativity and risky marketing efforts don’t always find receptive purse strings in B2B, but it could well be the only thing left in “a sea of sameness.”

That sea of sameness is how the Cindy Klein Roche, the CMO for Cybereason, describe the competitive landscape in cybersecurity during an interview with the Marketing Smarts podcast.

Cybersecurity is an industry that almost exclusively highlights what is going wrong or what could go wrong. From white papers to the trade press, the entire community is fixated on the next exploit, hack or breach. Much of the marketing follows suit, and in some cases amounts to little more than fearmongering – using the same statistics every other vendor is also citing.

The Smell of Popcorn with a B2B Movie

Cybereason recognized that the professionals doing the work of protecting organizations and defending the enterprise simply don’t get enough credit. So, the company took to the idea of creating a documentary called the “The Defender” that flipped this on its head.

While there are some voices belonging to the company in the documentary, there is no selling. Instead, the documentary makes the market – customers and prospective customers – the hero in the film, as it walks the audience through four high profile breaches.

This is a great start, but they didn’t stop there. The company debuted the film at RSA, which is one of the most significant tradeshows in the industry. The company event built a booth to look like a movie theater complete with candy and popcorn.

This is an important point because popcorn has a strong and enticing smell that drew a crowd to the booth. “They came for the popcorn, but they stayed for the movie,” as Ms. Roche put it.

Take a moment to relax at #RSAC in one of our recliner chairs, grab some snacks, and enjoy a quick trailer for our new documentary- The Defenders!

Come check us out at booth #1239! pic.twitter.com/j7lcXgutz9

It might have been easy to pack up the booth, count the badges scanned, and called the event a success, but the company went further. They created seven more events – red carpet premieres – in cities around the world over a two-month period after the show.

The company has also posted the film online, gated it behind a registration page and are vetting access to the film. This lends an air of scarcity or exclusivity to the film, which adds to the intrigue. In addition, the theme of the documentary can be seen woven into other marketing assets including, a report and webinar.

See these related posts:
How B2B Marketing Can Get More out of Trade Shows
How to Generate Media Referenceable B2B Customers with a Blog
Why You Can Run a Campaign Inside Content Marketing, but Not the Other Way Around


Takeaways Applicable to Any Vertical Market

By my observation, every vertical market – martech, fintech, legaltech and cybersecurity – all have a degree of “sameness.”  Many vendors have similar value propositions, webinar titles and even use the same adjectives. This is why I found the account of this campaign so refreshing and there are a few things that stood out for me including the following.

1) Dare to be different.

Every CFO wants to know the ROI of the B2B marketing investment before he or she allocates the budget. The trouble is, if you know the ROI of your marketing program before you start it – then it’s not new and it’s not going to be different either. It’s unfair to pin this all on the CFO, because there are plenty of marketing leaders that are convinced, they’ve seen it all and nothing new will work. Marketing isn’t a profession you can master; marketing requires being a student forever.

Investing in good content isn’t enough – you must have a plan for distribution. This campaign hit distribution across all four categories of media and was well integrated across owned, earned, shared and paid media.

I love the idea of running premieres in seven different cities. Live events are always among the top B2B lead generation tactics and things that are happening is a news peg for PR, with local, national and in this case, international angles.

This idea could certainly work in another vertical for a brand with the moxie to pull it off. However, I also think you could pull this off again in the cybersecurity space: we’ve come a long way since Citizen Kane. I can envision a red carpet and an influencer with a role in the sequel with a book to sign at the booth. In the meantime, holding my breath for the conference that either prohibits popcorn or transforms it into another tier of sponsorship.

Looking for an agency partner that can both bring creative ideas and
execute them?
Give our services a try.  Talk with us!

Survey Report: Should Brands Take a Public Stand on Politics?

It’s harder to hide from non-stop political noise these days as the United States has never been more divided. Various...