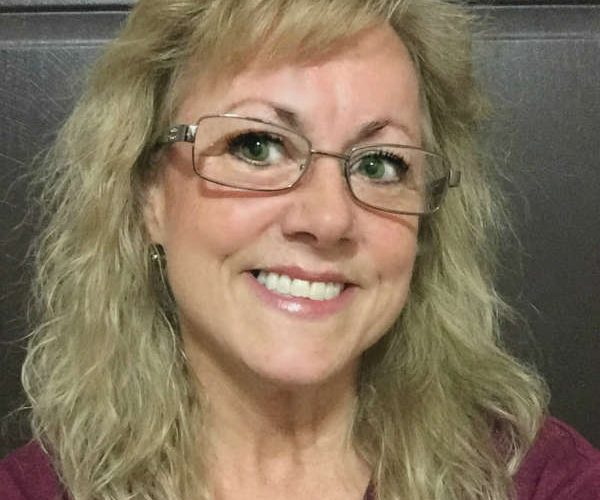 The more things change the more they stay the same.  It’s an adage Tressa Robins say appropriately describes PR.  While PR has changed, the change hasn’t made things any harder – it’s just made things different.

Even those that know her might be surprised to learn that Tressa started her career as an executive assistant and facilities manager.  Today, most of the PR community know her as the vice president of implementation for a venerable vendor in the PR vertical:  BurrellesLuce.

Tressa credits a brief stint in corporate communications for a health care company with stoking her interest in PR. She next took a temporary job – which lasted a year – for a PR firm which today is WeberShandwick.

These experiences changed the course of her career, exposed her to the BurrellesLuce clipping service as a client, and eventually led up to her employment with the company.

“Eighteen years and counting here – still loving it!” she said recently in an interview conducted by email.

To that end, Tressa Robbins is the guest for this edition of the Off Script series which follows below. 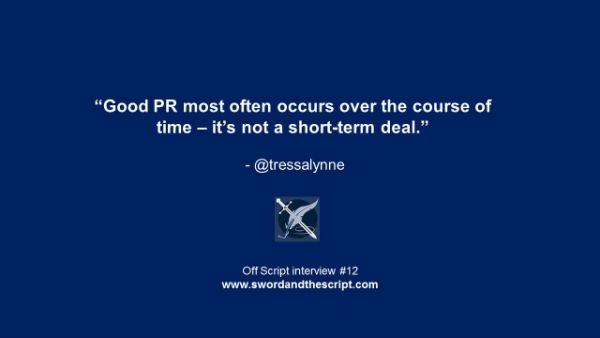 1) What has changed the most about PR over the course of your career?

“While so much has changed, just as much has stayed the same. Not trying to be cryptic here – I think anyone in the industry would agree that the core strategies of PR haven’t really changed. However, the tactics used have definitely transformed, thanks mostly to new technology, the metamorphosis of the news industry and the rise of social media.”

2) What effects have those changes had on BurrellesLuce and the larger the PR vendor community?

“The methods and the speed in which things occur and need to be reported on spurred change in the entire industry – practitioners and suppliers alike. For PR suppliers, I think the biggest change has been faster and constant development. What was done more or less the same way for a century (BL was founded in 1888) is now in a perpetual state of advancement.”

3) What do you think clients or employers appreciate the most about PR?

“Clients LOVE seeing their name(s) in the media (although they usually have an under-appreciation of what it took to get it there) – it’s that credibility that comes from being validated by an impartial third-party. In the PR supplier area, anything that makes the client’s life easier is guaranteed to be a big win!”

4) What value does PR bring that you think generally goes under-recognized?

“The constancy, consistency, and amount of effort that good PR requires. I think non-PR folks sometimes think of it like advertising or marketing where you can ‘pay to play’ and see relatively immediate, measurable results. Good PR most often occurs over the course of time – it’s not a short-term deal. In addition, we (as an industry) are just now truly figuring out how we should measure our results rather than comparing our value to advertising (AVEs, ugh).  NOTE: The week of September 19 is AMEC’s Measurement Week here in the U.S.”

See these related interviews:
The Blurry Edges of PR; Off Script #11: Kevin Hartman of LTPR
Sales Beware the Buyer’s System; Josh Pitchford in Off Script #10
Off Script #7:  Lou Hoffman on PR and Storytelling

5) Do you think PR has gotten harder or easier in the last 10 years?

“I want to say it’s harder but in reality, I think it’s just different. There are definitely more communication channels which adds a level of complexity, but knowing your audience has always been a part of PR – there just weren’t as many to choose from 10 years ago. Also, outside the agency world, most PR jobs are much more than media relations, events and brand reputation. They now require one to work cross-functionally and also have a working knowledge of social media channels, SEO, video, general marketing, business math/statistics, and business strategy.”

Tressa has been cited as a source in PR Daily – Should journalists simultaneously work as media trainers? – and has also contributed to that publication and the BurellesLuce blog including the following:

Thank you Tressa for sharing your ideas here!  You can find more from Tressa on her blog and connect with her on Twitter (@tressalynne) and LinkedIn.

There are no experts in PR – only students. It’s more than a snappy quote, it’s a philosophy.  The expert...