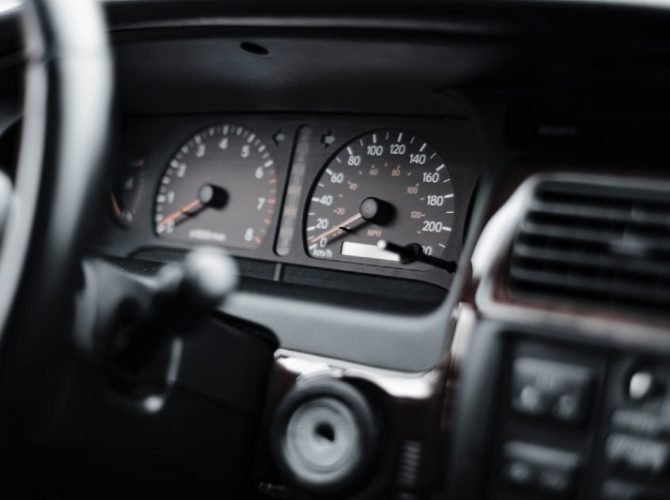 About half of comms pros say they track web traffic, impression and placements for PR measurement, but such metrics point out the direction of success rather than conclusive

Commetric came out this week with its “PR Measurement Twitter Influencer Index.” They started with 1,100 or so user accounts and whittled it down to the top 100 measurement pros.

Importantly, the company says they are not measuring influence, merely identifying those that talk about PR measurement on Twitter.

I’m on the list for the second time this year as are of the contributors to The JOTW Strategic Communications Survey for 2022, including Michelle Garrett and Gini Dietrich. And we had some questions about measuring PR on this year’s survey.

The 10 most common ways for measuring PR

We asked the 483 communications pros that took the survey – 70% of which have 11 or more years of experience – the following question:

Which of the following are techniques your organization uses to measure the results of communications or PR efforts? (select all that apply)

Here’s how the top answers stacked up:

Overall, there are no real surprises here. While the percentage volume has shifted some, I wouldn’t dwell on it. PR is a broad discipline. Not everyone does just media relations, employee comms, or marcoms. The order of precedence is largely unchanged from the results of the 2020 and 2019 versions of the survey – the last two times we asked about PR measurement.

(click the image for a better-quality graphic in higher resolution) 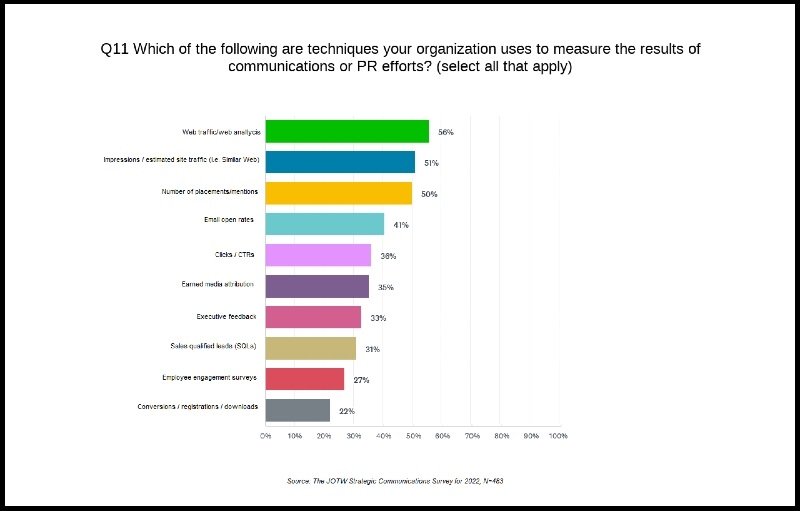 What’s up with earned media attribution?

This is typically a software feature that can have significant cost – and while I love the concept – it’s often too expensive to be useful to most comms pros in my assessment. That more than a third of respondents say they use it suggests many are coming from a sophisticated and well-funded communications department.

It’s worth pointing out that attribution isn’t a conclusive metric either. For example, Forrester Research says prospective customers require 27 interactions across the buying cycle. In the case of a hypothetical mention in a third-party publication – was reading that article this first interaction? The last interaction? Or a small part of the other 27 interactions collectively?

The remaining answers stacked up:

It’s interesting that one in five (19%) cite sales as a measure of PR. I’d love to see the formula for calculating it – although I imagine it’s much easier to determine in an e-commerce or B2C business than in B2B.

Some of those that answered “other” wrote in responses including the following:

(click the image for a better-quality graphic in higher resolution) 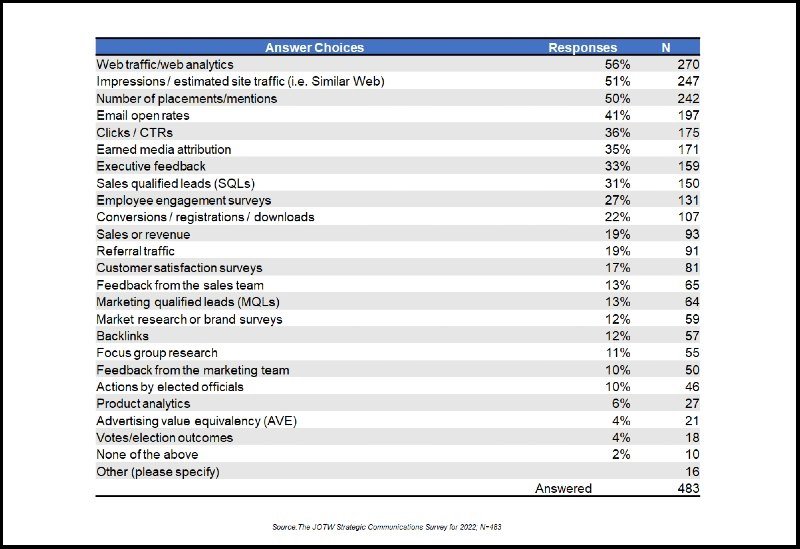 PR metrics are usually directional rather than conclusive

One respondent wrote they measure, “Business outcomes rather than outputs.”

Yes, sure, I agree philosophically. But this sort of advice isn’t actionable. Why? Because it offers no sense of what that person is specifically measuring. People that say these things get lots of applause and affirmation, but it doesn’t make PR measurement any easier.

Here’s an example: Last year, I had a client land a six-figure software deal. Many months later that net new customer explicitly cited a media placement as the reason they considered my client’s tech in the first place.

That type of anecdote is important to record but it’s really hard to come by. Further, it was just one of the dozens of other interactions – emails, phone calls, and demos – required to close the deal.

Was that media mention an important interaction? Yes.

Was it an absolute measure of a business outcome? No.

Maybe I could convince that client to allow me to interview customers from all the deals they closed over the last four years and find out. I’d love to do that project – but when you think about the heavy lifting that would require, it’s not an effective deployment of finite business resources.

Pick any aspect of communications – with investors, employees, or the public – and you’re going to run into a similar problem. Any communicator that sends reports of their work to a leader, or to a client, with any regularity, knows this reality.

Measures of success in communications are often directional rather than conclusive. There’s no question a good mention in a solid trade publication is good for business. The question is how good is it for business? Does it lead to an outcome – like closing a deal?

You can pour an endless effort into answering that question. Or you can keep a relatively simple, but practical, list of directional metrics and use the rest of your time to go earn another mention.

Years ago, when you registered for a webinar or downloaded a white paper the form used to ask one this question: How’d you hear about us? Usually, there were answer choices such as email, newsletter, press release, advertisement, blog, media article, and so on.

Those questions have largely gone away, and perhaps not coincidentally, with the increased adoption of marketing automation tools like Eloqua (Oracle) and Marketo (Adobe).

I think this is a missed opportunity to gain an additional data point. However, it’s a pretty simple one to bring back. If you do, make sure the deliverables your comms team produces are listed as answer options.

75% of marketers say they don’t spend enough time on B2B content amplification because they don’t have time (77%) –...