Why Now Is the Time to Invest in Earned Media 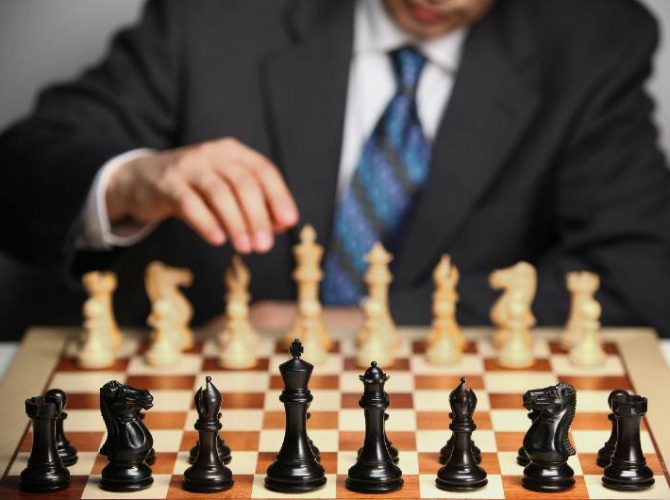 In this guest post, Rudi Davis, Head of Agency at Intelligent Relations, argues organizations should focus on earned media during a recession because it has credibility and a low relative cost with high impact

We all know the market has taken a downturn. Expert sources like YCombinator and Sequoia are warning businesses that a recession is coming. Batten down the hatches.

And we all know that when markets drop, budgets go with them – usually, marketing and comms first. As the head of a PR agency, I strongly believe that PR and marketing budgets should be maintained during recessions rather than cut, but I know that’s an uphill battle. Suddenly marketing departments have to figure out how to get the same bang for a lot less buck.

My suggestion is to move away from paid coverage and towards earned media instead. For any non-marketers out there, paid media is when you pay to place an article with a particular website. The website marks it as sponsored. Take a look at this piece of paid media from Webex that appeared recently in Forbes. It’s slick, it’s punchy, it’s memorable. But the reader knows that Webex paid Forbes to run the piece. No matter how good the article is, that fact will affect the reader’s perception of the content.

Earned media, by contrast, is when your business makes it into media without any money changing hands. This can be anything from a Yelp review to a tweet to a mention in the media. PR is based on that last category media mentions – so for the purposes of this article, that’s where I’ll be focusing.

How do you earn media? You find a publication and say, “Hey, there’s a pretty wild trend happening in your field. Our CEO is an expert on the topic. Do you want to have an interview with her?”  Because you’ve done your legwork and found an angle the publication will like, the publication accepts the offer, and your earned media appears in a publication before a raft of interested readers.

However, if you don’t know what you’re doing, earned media can be tricky. It means you spend a lot of time researching publications, figuring out their editorial point of view, drafting pitches, getting rejections or no response at all, and all potentially with no reward. But when you do know what you’re doing, it’s a great way to boost ROI, get excellent coverage, and reduce budgets.

You want to know my hot take? Even in non-recession times, earned media beats paid media any day of the week. Paid media comes down to who has more money, but you can’t buy credibility. When I saw that Webex piece in Forbes, it was interesting, sure. But the whole time I was thinking, “Cisco paid to have this in Forbes.”

Earned media comes down to who has more expertise. As the owner of a business, your expertise is extremely valuable, even during a recession. But earned media isn’t entirely free: you still have to expend the time to research the publications, draft pitches, decide which journalists to target, and, if it’s a bylined article, write the piece once a pitch is accepted. You have to do most of that with paid media too, but with earned media, you get way more return on your investment.

So yes, I believe it’s always a good time to pivot to earned media. But now is a particularly good time. Earned media is a compelling prospect to whoever is in charge of the budget. The only cost for earned media is labor, and the payoff can be considerable relative to the amount of effort earned media requires.

Also, during a recession, buyers are more cautious about spending money. So, it’s harder to earn their trust. Paid media can get your brand in front of eyeballs, but during a recession, that may not be enough to lead to a purchase. But the same buyer who ignores a sponsored post in Forbes may still be persuaded by your earned media because real journalism is perceived as a more trustworthy source.

Finally, it’s good to flip the script during a recession. Usually, PR suffers from an immediacy bias: everyone wants to see results now. Companies tend to favor strategies like pay-per-click, when you pay places like Google to host an ad for you and pay them for every click you get. When potential customers are flush with cash, that click is much more likely to lead to a conversion. However, in times of scarcity, clicks are less likely to convert, so much of your spend goes wasted.

Earned media allows you to play the long game. You’re not trying to get clicks, you’re trying to build credibility. Earned media will continue to live on the internet, bolstered by the reputation of the publication you got your article or thought leadership into. A recession is a great time to invest in a risk-averse, cumulative, long-term business plan.

In a recession, people may be buying less, but they are still reading. They’re still looking for leaders who offer insightful answers to their problems. Earned media is a good way to shift away from a buy, buy, buy strategy and towards becoming a trusted advisor in your field.

So, earned media is valuable. Let’s talk about how to earn it. The easy answer is to hire a PR agency that does this all for you, but you can absolutely do it in-house, too.

First, lean on your strengths. As I mentioned above, earned media comes down to who knows what and who knows it best. Take a good, analytical look at your strengths, your weaknesses, the mistakes you’ve made, and the lessons you’ve learned. That makes excellent fodder for earned media placements.

Now, start crafting your pitches. Fortunately for you, the bar is pretty low. Most journalists say that less than 25% of the pitches they receive are relevant to their publication and to their readership. So, do not take a spray-and-pray approach. Instead, diligently research the interests of each journalist or publication you’re approaching. Figure out their angle. What do you know that would be surprising or interesting to them? You can do this by checking out their recent coverage, as well as looking at their social media activity. Make your pitch as personalized as possible.

Twitter is a really fun place to look for what not to do. It’s full of salty journos who have received one too many unsolicited, untargeted pitches. You can learn a lot from the #PRFails hashtag.

Earned media can come in many forms, but most often you’re either looking for a mention in a larger article on a particular topic, or you’re hoping to place an article with your byline in a respected publication. Say it’s the byline. For earned media, publications expect a high level of quality. The article has to be vendor-neutral, genuinely interesting, and most of all relevant. It should go without saying, but make sure you check out the guidelines for articles to nail word counts and formatting.

Once you’ve drafted the article, go over it with a fine-tooth comb to make sure it’s coherent, well-written, and has no obvious marketing message. Don’t talk about your product, your service, or use unintelligible jargon. It won’t get through, and then you’ll have wasted all that time for nothing.

You might be wondering, if the article doesn’t talk about your product or service, then what’s the point? But earned media isn’t about leads and conversions. It’s about establishing your brand and your credibility as a leader in your field. Your end goal is to get readers to derive genuine value from your piece and to think of you as an expert. So, the next time a buyer is contemplating a purchase, they’ll remember that they read about you and that you seemed intelligent and trustworthy. And that trust builds value.

There’s no question that recessions are tough. Sales cycles are longer. Budget constraints are tighter. Everyone’s feeling the pressure. So, you need a way to get the word out about your company that’s relatively low cost but high in impact. And that’s what earned media is all about.

Rudi Davis, Head of Agency at Intelligent Relations, a PR platform that uses artificial intelligence and GPT-powered text generation to augment and improve a variety of PR functions that have traditionally been done by agency professionals.

Buyers of B2B software want published pricing: according to a study by McKinsey, 68% want prices published online without negotiation...