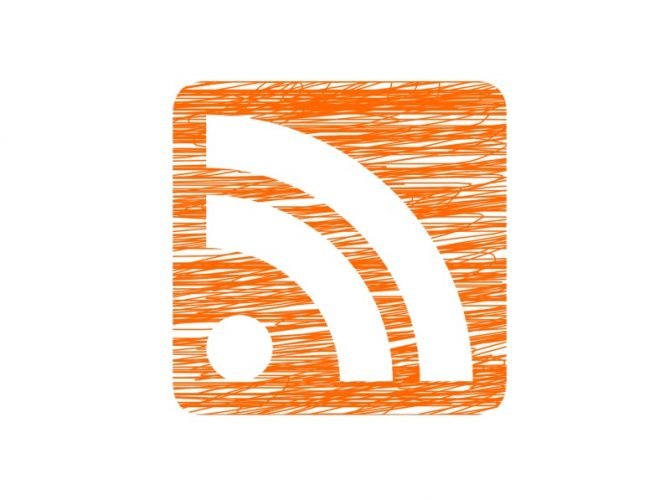 Google is shutting Feedburner-emails; viable FeedBurner alternatives to include follow.it, MailChimp and ConvertKit

And for many years, FeedBurner offered a free and easy way for subscribers to opt-in and receive newly published content by email automatically with real simple syndication (RSS). However, at some point, in July 2021, that feature – the email portion – is going away. [Update: Google didn’t actually end email distribution for this blog until a year later – July 2022].

Google, which, acquired the service for $100 million in 2007, emailed users to say they are turning off the email-send aspect of FeedBurner while keeping the RSS feed part working. [Update, The RSS does still work, so you can use to subscribe by services like NetVibes and Feedly, however, they removed the analytics, so publishers have no idea how many subscribers they have by RSS. They do show “views” but there’s not sense for the period of time that is tracking]

Google never really invested in FeedBurner, but even so, it was simple, and it worked. Google, unfortunately, is developing a reputation for screwing over anyone that is dependent on their services to uphold.

If Google sent me an invoice to keep it working, I’d probably have paid it without batting an eye because switching is a pain, and I don’t want to deal with it. But I’m forced into this decision, so I’ve poured time and effort into researching Feedburner alternatives and here’s what I found.

For bloggers with 2,500 subscribers, martech tools that offer viable FeedBurner alternatives to FeedBurner include:

Here’s a more detailed look at what I found.

Representatives from follow.it reached out to me in response to my whining on Twitter about the demise of FeedBurner. I had never heard of this outfit before and in review it looks to me like a viable alternative.

The product is owned by a company called Inisev, which is based in Malta, an island nation off the coast of Italy. The company seems to produce a lot of WordPress plugins aimed at helping bloggers and website owners with various automation tools.

Pricing for follow.it is based on a freemium model with a “basic” version that’s free and then a two-tier premium version including a “cool” and a “super cool” subscription. Each version provides a greater number of features that you should review carefully. I priced out the “cool” version for 2,500 subscribers at $144 per year.

One thing that stands out to me is the analytics – you need a premium version to get any email metrics. FeedBurner doesn’t provide much in the way of analytics either, but then if you are going to switch, and pay for a service, you want good analytics. However, if you use the free version of follow.it, then it’s comparable.

Another problem with the free version, is that you can’t customize the sender’s name or title, which is used as a subject line. This is a deal killer for me – you must be able to customize subject lines if you want your reader to open the messages.

The company has a detailed post on how to transfer your feed from FeedBurner to follow.it. However, the post leads me to believe the company wants everything – both the RSS and the RSS email sends. That could be useful if Google slays the other aspects of FeedBurner in the future but I’m not ready to do that just yet.

At one point, the transfer instructions prescribe deleting your FeedBurner feed, which I would not recommend at this point in time. You can simply pause your sends from Feedburner if you switch before they turn the product off.

The company offers some FAQs for those interested in switching.

Update: A follow.it representative responded to my concerns in the comments below. It’s a thoughtful response and merits review.

MailChimp is an email marketing solution that’s starting to move into the larger category of marketing automation. As such, it’s “share your blog” functionality is more of a feature of a larger product (where FeedBlitz gives me the impression it was designed for bloggers and then expanded into email marketing).

Still, I’m somewhat partial to MailChimp because I want to root for Atlanta-based companies and I use it for my monthly email newsletter (see sample or subscribe) which I keep separate from my blog subscribers.

I know from using it regularly the product is simple, offers templates, signup forms and automation like a “thanks for subscribing” message, which often has the highest open rate of any email you’ll ever send. I almost switched to MailChimp for sending my blog posts out by email years ago, but it was just easier to do nothing and stick with FeedBurner.

There’s a shocking spike in costs from the “free” version to the paid if outgrow it. I estimate MailChimp Essentials pricing for 2,500 subscribers at $372 per year. This comes with a limit of 10 sends per month and assumes you don’t go over your subscriber count.

I find the pricing vague and unclear. I don’t like all the little stipulations because these favor the company and may hit you with surprise charges. A few years ago, the company allowed free users to have two email lists and 2,000 subscribers, then they change the rules. This causes me to worry, that in the company’s quest for growth, they will squeeze users when it suits them.

I haven’t seen MailChimp publish additional or new content about FeedBurner like other companies, so they may have decided people using the free service aren’t worth trying to entice.

I was about finished with my research and this post when a PPC ad for ConvertKit linking to this support page caught my eye. The brand name is familiar, I see them around in some marketing circles, so I took a closer look.

As the name suggests, the company creates an array of tools – landing pages and automated email drip campaigns – aimed at facilitating conversions, whether that’s white paper downloads, or email subscribers in this case. Using what the company calls “RSS automations” you can ship blog posts out to subscribers as they are published.

ConvertKit pricing is pretty expensive right out of the gate. While they offer a freemium product as well, the RSS automations you’d need to replace FeedBurner are not included.

There are two tiers of pricing models that do include it – “Creator” and “Creator Plus.” Based on these tiers, for a blogger with 2,500 subscribers, I estimate ConvertKit will cost $588 per year, to replicate what you are doing with FeedBurner.

FeedBlitz has been around for a long time. In fact, the company claims to have “powered the original FeedBurner email service.”

Since they’ve been a paid alternative to FeedBurner for a long time, they have the process – and workflow – for switching refined. It looks relatively easy to transfer to FeedBlitz to me.

FeedBlitz pricing is straightforward and based solely on the number of subscribers. It’s relatively inexpensive when you have a few subscribers, but the cost grows as your subscriber base grows. However, the pricing is a flat fee model with no limits on sends, where other services sneak fees in that drive up the cost if you don’t watch it closely.

I estimated the cost for 2,500 subscribers is $588 a year, though FeedBlitz does offer a small discount for paying annually. The company offers a 30-day free trial (which requires a credit card). [Update: after this post was published – they added a 15-day trial without a credit card].

Update 9/25/22: Since I wrote this post I did try Feedblitz as a paid customer and I was underwhelmed with the product. In my opinion:

I’ve shared this feedback with the company directly and I no longer use the product.

What FeedBurner alternative will I use?

So, what am I going to do? Candidly, I’m not sure, but I need to make a decision quickly.  I guess if I’m leaning in one direction, I might give FeedBlitz a whirl and if it doesn’t work out, I could switch to MailChimp. I really don’t want to put my readers – you – through too much change. [Update: I have started a free trial of Feedblitz and will report on how it goes later]

Want to find out what I think? Subscribe here by email.

In the meantime, if you’ve seen an option out there you really like that’s not mentioned here, please do let me know about it: frank@swordandthescript.com.

If B2B marketing writers aren’t in direct contact with customers in developing content, you are probably just making it all...