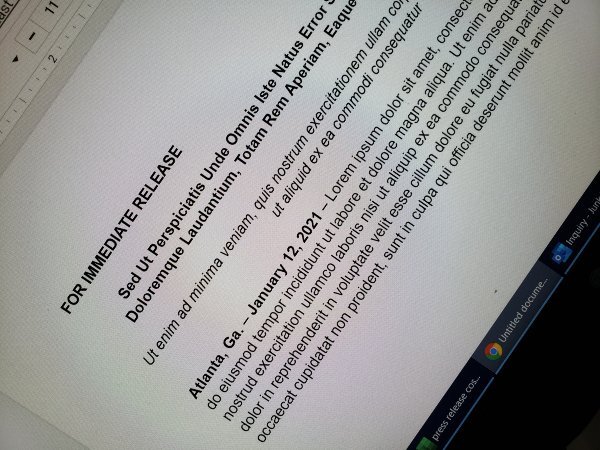 Press release pricing ranges from about $400 to $2,000 dollars depending on the distribution vendor and options


A client of mine was preparing a press release for publication, and when they told me how much they had paid for distribution previously, I knew something was off. Over my career, I’ve used every major distributor, or wire service as they are known, and even worked for a company that owned one, so I’m familiar with the business, technology and press release pricing.

It’s been a while since I reviewed press release services, so I set out to look online for pricing information to help them out. In the process, I quickly realized some of the biggest press release distribution vendors don’t publish pricing details, so, I called around to get quotes. 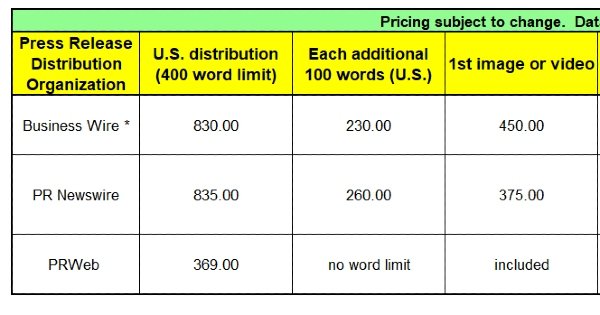 Here’s a look at press release pricing for three of the largest distribution companies. The information here is current as of January 2021.

Notes: You must send your press release copy to a salesperson for review before Business Wire will even open an online account for you. I would venture this is aimed at filtering out content that really isn’t a fit, or even deterring potentially fraudsters from attempting to submit erroneous or misleading announcements.

I estimated the cost of the U.K. distribution based on bundled pricing a sales rep provided and cross-referencing it with historical pricing information to which I have obtained.

Notes:  PR Newswire requires a $195 annual membership fee required before you can even send in a press release for review. I imagine this too is a way to deter attempts to distributed low-quality information or even disinformation. If you choose PR Newswire, I encourage you to ask that this fee be waived – especially if you will be putting out multiple releases.

PR Newswire is owned by Cision; see the sixth point on this post for a brief history of when Cision acquire the service.

Notes. PRWeb also has lower-cost press release options without multimedia. The service, which is also owned by Cision, does publish pricing online. The company will also sell a bundle of press releases in a subscription service.

As you can see, Cision owns two wire services, but these serve two different audiences. I have seen the company take steps that I think is an effort to bring the two services in line, if not consolidated them. For example, it’s eliminated features in PRWeb, such as URL customization and it’s aggressively increased the price point.

In my assessment, if Cision fully merged these two services, they’d lose one of those two markets and make room for a competitor to fill the gap. Those people that use PR Newswire aren’t likely to switch to a lower-cost service – and those using PRWeb certainly aren’t going to spend $2k on a press release.

2. What are some other press release distribution services?

Another large service is GlobeNewswire. That one has changed hands in the last few years and today is owned by Intrado. It’s had an off-and-on again partnership relationship with some of the other services including PRWeb. You can find a brief history of the transactions by reviewing the fourth item on this post.

This list isn’t comprehensive, I’ve merely looked at the big three distributors. There are dozens of smaller press release distribution services available too. I won’t list them because I don’t want to appear as if I’m endorsing them when I can’t speak to the quality and reputation of these other services.

3. Do you really need images and videos in press releases?

Yes, you should try to include multimedia if you can because it supports your media relations efforts. For example, you can send one press release URL to a reporter, and it (ideally) contains the pitch idea, supporting quotes and images that help them produce a story.

Multiple vendors put out studies and advice recommending multimedia. Of course, they have a financial interest. But remember, I worked for one of these vendors once, and I can share that some data our product manager turned up showed releases with multimedia can get as much as 30-seconds more of time-on-page.

In other words, multimedia can help communicate to a reader a reason to stick around and read your release.

There is no backlink value to links distributed by a press release service. Why? Because it would be like buying a backlink – that’s what Google calls a link scheme.

Most of the reputable services mark links sent over their network as “no follow.” You can see this for yourself by clicking on a link in a press release on any of these sites. You’ll see the link redirects, which tells the Google crawler not to follow the link as it indexes the web.

Now some services still promise backlinks from high “domain authority” sites. If that’s true, they are either running a link scheme, or they are subverting the policy by claiming some sort of editorial intervention.

In either case, they will get caught sooner or later and face penalties like being removed from Google search. For most businesses, this is dangerous because most website traffic comes from organic search. If you use those services, you risk being rolled up in it all. I recommend using a reputable press release service, like those mentioned here to keep it clean.

If you are fortunate to earn bona fide media coverage – that is an article truly reviewed by a news editorial team – and you get a backlink…then that is valuable. But it’s not the same thing as a link in a press release sent out over a distribution service.

5. Which press release service is best?

Candidly, I don’t think it matters. While many of the press release services hype millions of reporter contacts and media logos, much of it is smoke and mirrors. The vast majority of the coverage you earn will come from media pitching, not from a press release distribution service.

Contrary to what the distributors would have you believe, there aren’t a million journalists sitting around waiting for press releases to come through. Most of them are out there digging for stories they want to cover, and you’ve got to convince them, tactfully, that your announcement fits into their coverage.

The takeaway is that media sites are financially incented to include more releases, so indirectly, one could argue that press releases are a form of paid media that’s aimed at earning media.

Media sites may have their own formula for why they include some releases and not others, but you can bet most of this is automated. No news outlet has the editorial labor to review a firehose of press releases for a few they might put on the website.

Most importantly, when these releases are published, they typically go on some back page on the site – buried from visibility. While the distributor will send you a report showing all the places your release was picked up – along with metrics showing millions of impressions – it’s misleading. Millions of people, let alone journalists, did not read your press release.

6. Why use an expensive press release service?

If all this is true, why would anyone stick with those more expensive press release services? I think there are three primary reasons for it.

The first reason is the power of illusion.

Media relations is hard, and they are afraid they won’t get coverage if they don’t use an expensive service. This is the illusion the industry has promulgated for years. Here’s an anecdote that compares the exposure earned by press releases, coverage and blogging.

There’s a widespread belief, that press releases satisfy financial disclosure. For example, when publicly traded companies issue earning statements, they are obligated to ensure the market has equal and wide access to the information.

Press releases could help with disclosure, but it’s not an explicit regulatory requirement in the U.S. A company can satisfy disclosure without one. There’s a long history of public companies bucking the RegFD legend and providing disclosure in blog posts and on social media. Again, that comparison post I link to above is instructive.

It’s worth noting that PRWeb doesn’t support tables for finance, but you can work around that with images and links to resources. You should, of course, consult a lawyer before acting and put together a defendable plan should a regulator ever come knocking.

The third and final reason is habit and tradition. It’s just how it’s always been done. Some people are just stuck to their venerable press release service. 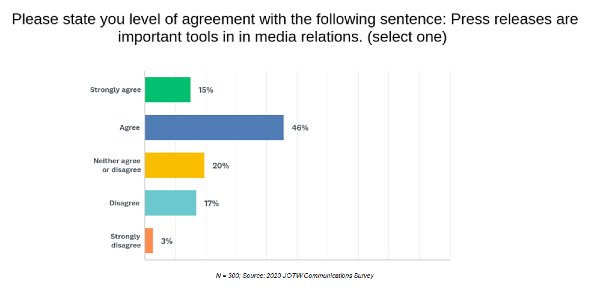 7. Are press releases important in PR?


There is still a place for the venerable press release in the media mix. In most business organizations, press releases get a lot more scrutiny than a blog post does before it is published. You know when you see a press release it’s been vetted by many parties (which is also why the text is often terrible, but that’s another blog post).

You can issue a second release as a retraction, but that adds to the expense and may call attention to your mistake. The context of the release matters, because depending on the subject matter, a retraction could well be the ethical choice regardless of any embarrassment.

That’s my view but I also team up with Ned Lundquist and his Job of the Week newsletter to survey the PR community every year. The 2020 JOTW Communications Survey had mixed reviews on press releases from PR professionals.

On one hand, 61% agreed or strongly agreed that press releases are still important tools in media relations. On the other hand, another 20%, that’s one in five PR professionals, said press releases were less important as a tool. The final 20% were indifferent.

Also, in a separate question, press releases ranked at the bottom of PR tactics (see slide 29 here) and these have ranked poorly for the last three years.U.

The key takeaway is that press releases are a tool, not the only tool.

8. What press release service do you use?

I have been a long-time user of PRWeb because I think it offers the best value. I think spending $2k on a press release is a waste of money. I’d prefer to take the savings and invest part of it into a little paid social media budget for PR purposes, and give the rest of the savings back to the business.