Home > PR > Another Reason for Business to Avoid Politics: People are Sick of Politics 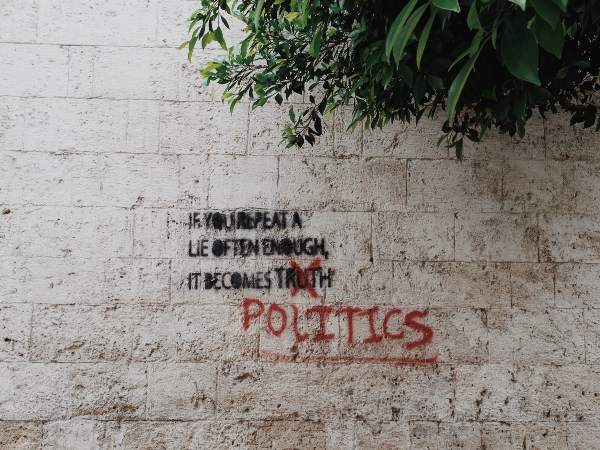 Every so often a survey comes along that supposedly suggests customers want businesses to take a stand on politics. The first one came along a few years ago – conducted and pushed by a large PR firm.

It made lots of headlines that echoed the “findings.” Brands have no choice but to take a stand on politics. The storyline didn’t make sense to me. Do we really need more political opinions? Do we need them from brands?

When I went beyond the news and looked at the data for myself, I concluded the authors had taken some liberties with the interpretation. And then the narrative got away from them and grew a life of its own.

Still, I wanted to check those findings out for myself. Perhaps there’s a chance things are changing, I thought. So, I dug into my own pocket, rented a panel on SurveyMonkey ($$$), and used my training in research methods to develop my own survey of Americans.

In every case, about ~60% said no, brands should not get into politics and about ~20% said yes they should. That’s one in five, which is still a sizable percentage of the population, but not one any business leader would want to be the company on.

Age is an important point because views naturally change as people age. We should welcome the idea that, instead of clinging to hard and fast views of our youth, our perspective also matures as we age. A brand that ties their reputation to one political position, might, in a decade find the views of their constituents have changed too.

I asked a bunch of other important questions on that survey too. Some examples included:

The full survey results are published here, but in sum, I concluded that conventional wisdom still reigned for most businesses: don’t mix business and politics – or do it but make sure you’ve allocated a team dedicated to this in your headcount and provide them a budget. Even if you do all that, recognize that the best possible outcome is still a coin-toss while the chances of effort going sideways are pretty good.

The new reason for business to avoid politics

Pew Research recently published a survey that gives businesses are another reason to avoid politics – people are simply worn out with it:

“Some 55% of adult social media users say they feel ‘worn out’ by how many political posts and discussions they see on social media, according to a Pew Research Center survey of U.S. adults conducted July 13-19 [2020]. This share has risen 18 percentage points since the Center first asked this question in the summer leading up to the 2016 presidential contest and 9 points just in the past year.”

But surely that’s only true if you lean one way or another, no? Wrong, says Pew:

“The sense of exhaustion rather than excitement overseeing political content on social media holds true across political parties.”

“Americans who use social media sites are also more likely today than in 2016 to describe the political discourse on these platforms in negative terms. Seven-in-ten now say they find it ‘stressful and frustrating’ to talk about politics on social media with people they disagree with, up from 59% in 2016. At the same time, the share who say they find these interactions “interesting and informative” has dropped from 35% to 26% over the past four years.”

Businesses already struggle to cut through the clutter with plain old marketing, let alone trying to cram in a political view that nobody wants. 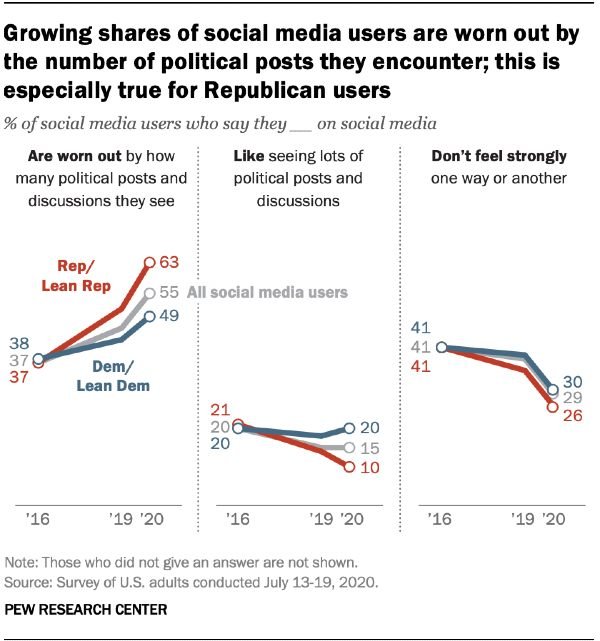 But what about such-and-such company?

Yes, yes, there are exceptions, but those are in fact, exceptions and not the rule.

That’s an important point because the outliers make all the headlines. That conditions people to think it’s the norm when it’s not. That’s why these surveys that purport brands should get into politics make headlines – that idea defies expectations.

That’s also why news, in a broad sense, can lead people to draw the wrong conclusions. It’s worse today because people often merely skim headlines. These headlines are often intended to solicit clicks rather than inform. When you slow down and actually read, the facts of an article often veer in a different direction than the headline suggested.

A wise friend once mentioned to me that every issue isn’t inherently political, but in today’s environment, every issue seems to get politicized. Businesses really need to think through their public positions carefully and from multiple vantage points – customers, stakeholders and employees. 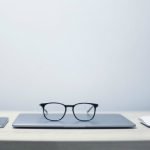