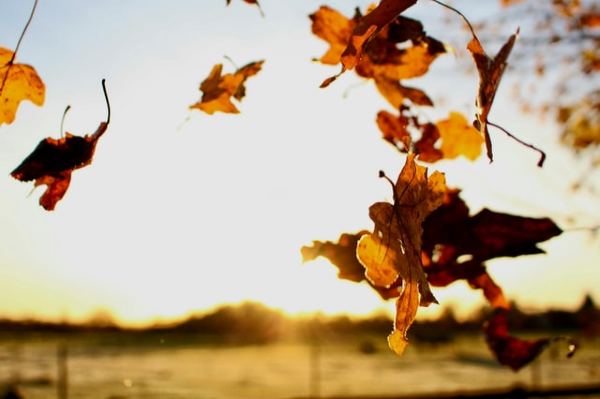 
Several interesting reports on the PR industry were published earlier in 2020 but got lost in the blur that unfolded since. This weekend, I had a chance to go back and review a few of them.

While there’s a lot of discussion about how events this year is bringing about change, I was struck by how the findings in three reports indicate that many of these things were already underway.

These three studies are the center of this week’s Unscripted Marketing Links. The UML is an occasional roundup of ideas, articles, reports, or links, that I have analyzed and present here for your perusal.

What are the new services? According to the survey:

Other statistics stood out for me in the report:

Perspective. PR can and should strive to broaden other services it provides, but I don’t think it’s a case of one replacing the other. Sure, media relations is getting harder – survey research I’ve helped conduct demonstrates this over time – but it’s still an important function. Newer services should not replace media relations but augment it.

Separately, engagement is a metric that’s easier to obtain, which is why I think it scores higher here. If you use engagement as a metric, be careful to understand what is being counted as an engagement.

Share of voice is a longer-term metric, but it provides useful benchmarking. For example, you can take a share of voice comparison to the CFO and illustrate where you are, where the competition is, and what it will take in budget and resources to make up the difference.

About the study. Talkwalker tapped the research firm YouGov to field a global survey of 3,700 marketing communications (marcom) professionals. The report was published in February 2020 – pre-pandemic.

Read the full report: The Global State of PR by Talkwalker 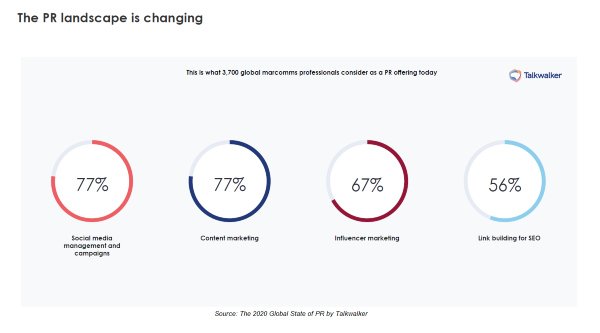 2. The strongest and weakest attributes of PR

Over in the U.K., a survey by the Chartered Institute of Public Relations had findings about media relations that mirrored those findings by the aforementioned Talkwalker survey.

To be clear, media relations ranked fourth on the list. It is still a regular activity of 75% of communicators on the Queen’s side of the pond.

What I found more interesting, was how respondents ranked the “perceived strongest attributes” among public relations professionals:

At the top of the list: strategic thinking, writing and emotional intelligence.

At the bottom of the list: oral communications and presentation, time and meeting management, and technical aptitude, such as coding and search engine optimization (SEO).

Perspective: If you want to improve your professional skills, start with your weak spots. SEO, for example, isn’t just keywords, its about search engines understanding what a page is about and returning it on a list of possible answers to a human inquiry.

You can have the best content in the world, but as my friend Scott Benson says, “If search engines can’t access, crawl and index your content, then it’s pointless.”

How can you improve technical and SEO skills? There are plenty of free and low-cost courses.

HubSpot offers a library of courses, for free, including an hour-long online class on SEO basics. Moz, which offers industry-standard tools for SEO, also has an hour-long and low-cost SEO Fundamentals course, for $49. Finally, you can’t go wrong diving into the free analytics courses offered by Google.

About the study. CIPR tapped an independent agency “with a research specialism” to survey 1,298 people between November 18, 2019 and January 27, 2020. The report was published in late March.

Read the full report: State of the Profession (2020) by the Chartered Institute of Public Relations 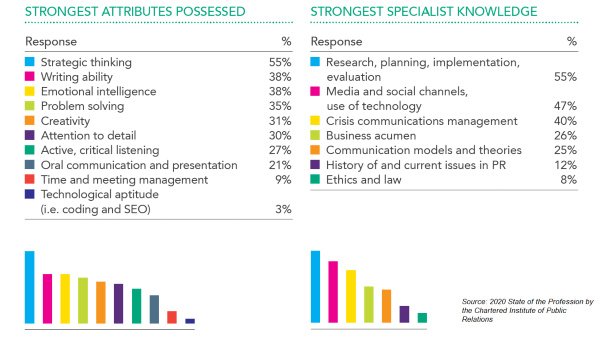 Most communicators (84%) say corporations should take a stand on social issues that are related to their business, according to an annual survey of PR professionals by USC Annenberg.

That seems obvious. If there’s a business interest, of course a company should strive to play a role in shaping it. However, nearly one-third (28%) also say companies should take a stand unrelated to their business.

What are some of the social issues that PR pros believe their businesses were likely to take a stand on? At the top of the list was diversity and inclusion (D&I), which was followed by climate change, healthcare, education, and gender equality. It’s notable this survey was conducted before the mass civil unrest stemming from preventable deaths of black Americans by police.

Who is most influential in shaping a corporate position on social issues? According to the survey:

Media, government officials, influencers and activist groups all ranked below the top five with less than 10% of the votes.

Perspective. Every year USC picks a theme for this survey. A few years ago, it was ethics, last year it was PR tech, and this year it was dedicated to activism. I think it’s telling that activism accounts for the lion share of headlines around social issues – and yet activist groups rank last in terms of influence.

If these studies are interesting, you can find similar posts highlighting relevant data points from dozens of industry surveys under the tag PR surveys.

Image credits: Photo by Bronwyn on Unsplash; and respective reports

Marketing Content: A Decision Matrix for Reviews and Approvals Done

Here are some ideas for developing guidelines for the timely approvals of marketing content so you can drive business results...