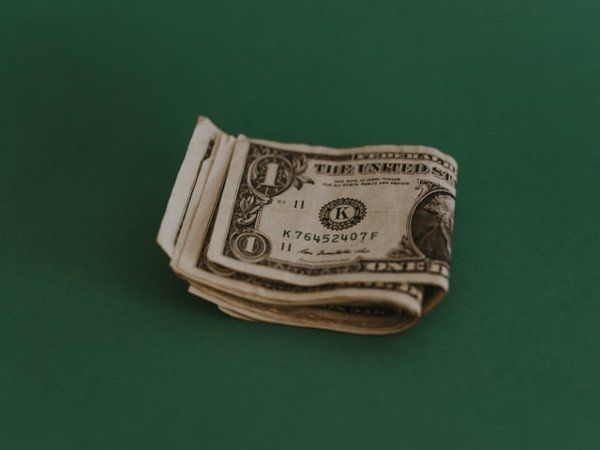 What PR professionals earn in income appears to be on the up and up. That’s according to the latest annual PR salary survey for 2020 published by PRWeek.

The survey was conducted before the Coronavirus hit the pause button on economic activity. The results were published in early March before many realized how disruptive the pandemic would become.

Even so, I don’t think we can or should simply toss the results out the window. While there will certainly be an impact on talent acquisition and retention in PR, it’s still a benchmark worth considering as you consider changing jobs – or growing or shrinking your PR workforce.

As always, there are important caveats include at the bottom of this post you should read.

>>> Looking for a digitally savvy and proactive partner? Try our services.

Most (64%) of PR professionals feel “well compensated” in their roles, and compensation continues to rise. The median PR salary – across the board – grew to $100,000. That’s up about 5% when compared to the median PR salary PRWeek reported last year.

Over the last five years, the publication has reported the median PR salary as follows:

Last year the economic pundits had switched their talking points from a “jobless recovery” to “flat wage” growth. It appears 2020 was on track to shuffle those talking points again until the current pandemic ensued. 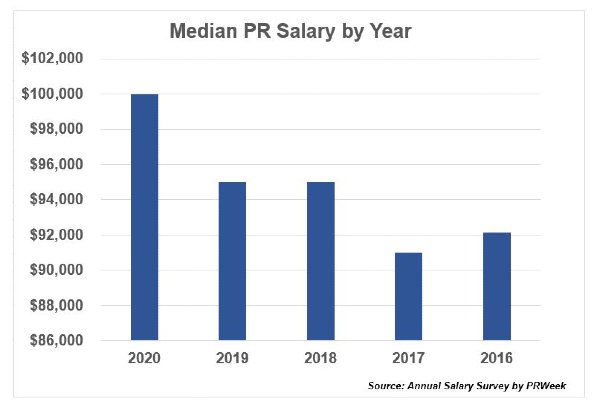 Work at an agency can be best describes as a mile wide and an inch deep. In-house PR work tends to be the inverse – an inch wide and a mile deep. The macro-effect is that agencies train and transform junior staff into experience practitioners which becomes a primary funnel of in-house talent. In-house pays for that transformation over-time in agency fees and in luring the best agency talent to the client-side.

Here’s how median salaries by in-house, agency and non-profit stacked up in the 2020 survey:

Here’s a look at those median salaries reported over time: 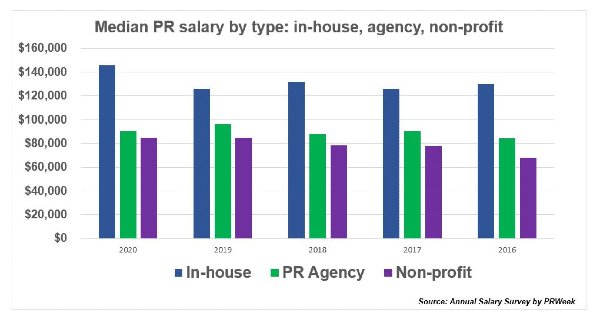 The cost of living varies considerably by location and so too do salaries. Of course, a budget can go further in different locations. For example, the average apartment in San Francisco is 747 square feet with an average rent of $3,629, according to data from RENTcafe, where in Atlanta it’s $1,467.

Here’s a break down of some geographies by median salary:

Here’s a look at the median salaries, as reported by PRWeek, over time: 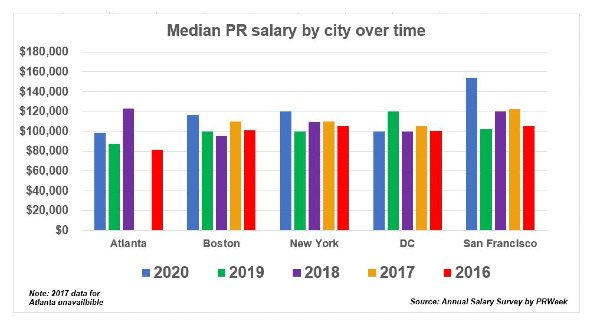 On the whole, the salary gap by gender appears to be shrinking, according to the data in this year’s survey.

Median PR salary of respondents with more than 5 years’ experience:

Median salary of PR men with less than 5 years’ experience:

Clearly, there is still room to improve before hitting parity. However, there has been an improvement and the study found that to be true in areas other than just compensation. For example, 39% of respondents “saw more hiring of women in the C-Suite.”

According to the survey, the primary reasons for leaving a role were:

Indeed, as I’m prone to say, the figurative pat-on-the-back is the most underutilized tool in a manager’s toolkit.  If someone’s doing a great job, be sure to tell them.

There’s a whole lot of forecasts about what will and won’t change as a result of the great quarantine of 2020. Some say everything will change, while others wait for it all to get back to normal. The truth will probably fall somewhere in between.

Here’s what we know for sure: as long as there are sales, votes donations to be made, there will always be a need for people who specialize in communications. More than ever the messages are data-driven and delivered over digital formats.

So, if you find yourself with more time on your hand than you’d prefer at the moment, then use this time wisely to learn something new.  We are all forever students.

Here are my takes on previous year salary surveys by PRWeek:


Other salary resources you should consider:

Caveats to the PR Salary Survey by PRWeek

Why? I asked PRWeek about this previously and the publication said the discrepancy is a result of comparing this year’s responses with those from same people last year – rather than comparing the results in whole or year-over-year as I do.

This year it seems, PRWeek has also switched up its partners in the survey. In years past, the survey has been completed in coordination with the recruiting firm Bloom, Gross & Associates, which is not cited in this year’s study. To the publication’s credit, it includes this methodology at the bottom of its own reporting this year:

“The PRWeek/PR Talent 2020 Salary Survey was conducted by Morning Consult and completed by 1,184 PR pros between November 6 and December 13, 2019. Respondents were 66% female/33% male/1% preferred not to answer. The surveys were conducted online. Results have a margin of +/- 3%. 2020 chart figures indicate 2019 data. All data was collected from this year’s survey respondents.”

You can read the analysis of the data by PRWeek here, which also has a link to the premium report you can purchase for $348.

45-plus Places to Find Communications and Public Relations Jobs

Find public relations jobs by looking in professional associations, trade publications and recruiters that specialize in PR; here's a list....