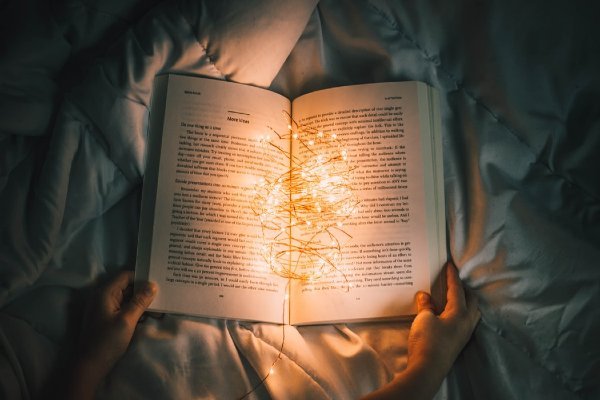 The company has survived a tumultuous period: turnover in customers, pressure from investors, layoffs and bad press. Somehow, by grit and will, the founders and executive team had pulled the company through.

Today, employees were happy, customers were plentiful, and earnings followed suit. It had all the makings of a good story, except for one thing: the company didn’t want to discuss those earlier rough times anymore.

We need to position this story as ‘we’ve always been good, and now we are even better,’ one executive told me. The problem is, that’s not a story and not one the business trade press will cover.

That business leaders never want to talk about the ugly parts, isn’t new. Like many in PR, I’ve had debated many times over the years, and the reason is that storytelling works. It humanizes a brand, creates an emotional connection, and boosts recall in a way that a list of statistics, no matter how compelling just can’t rival.

And that’s the theme for this week’s Unscripted Marketing Links (UML). As it is on the occasional Saturday, I present several links wrapped around a theme and worthy of your attention.

1) What is storytelling? Uniting idea with emotion.

To understand storytelling, you have to understand what makes a good story. This 2003 interview between the Harvard Business Review and a Los Angeles-based screenwriter describes a story this way:

“Essentially, a story expresses how and why life changes. It begins with a situation in which life is relatively in balance: You come to work day after day, week after week, and everything’s fine. You expect it will go on that way. But then there’s an event – in screenwriting, we call it the “inciting incident” – that throws life out of balance.”

Stories are one of two primary methods of persuasion:

“The first is by using conventional rhetoric, which is what most executives are trained in. It’s an intellectual process, and in the business world it usually consists of a PowerPoint slide presentation in which you say, ‘Here is our company’s biggest challenge, and here is what we need to do to prosper.’ And you build your case by giving statistics and facts and quotes from authorities.”

The article then notes the challenges with this approach:

“First, the people you’re talking to have their own set of authorities, statistics, and experiences. While you’re trying to persuade them, they are arguing with you in their heads. Second, if you do succeed in persuading them, you’ve done so only on an intellectual basis. That’s not good enough, because people are not inspired to act by reason alone.”

And completes the thought this way:

“…to persuade people – and ultimately a much more powerful way – is by uniting an idea with an emotion. The best way to do that is by telling a compelling story. In a story, you not only weave a lot of information into the telling but you also arouse your listener’s emotions and energy. Persuading with a story is hard [work]. Any intelligent person can sit down and make lists. It takes rationality but little creativity to design an argument using conventional rhetoric.”

2) Why storytelling works: The Angel’s Cocktail.

At TEDx Stockholm, David JP Phillips told a story of a man who bought an object – a “horse’s head” on eBay that I would describe as statuette or ornament. The man purchased the object for .99 cents, solicited a writer to draft a story about the object, and with the story included, resold the object for $62.95.

An anomaly? No, it’s brain science. That man purchased 200 such objects for a sum total of $129, solicited stories to go with each one, and resold them for a new total of $8,000. That’s the power of story and why it’s such a powerful tool for business, let alone PR.

In his 17-minute presentation for TEDx, The Magical Science of Storytelling, he walks the audience through several stories that trigger an “Angel’s Cocktail” of brain chemicals. Like a magician, each story he tells triggers one of three hormonal responses in your mind: dopamine (focus, motivation and memory), oxytocin (trust, generosity and bonding) or endorphins (creativity).

You can physically experience this yourself by watching the video:

3) What are some examples?

So, what are some good examples of storytelling? Here are three:

First, the “Homeward Bound” story by Google is an amazing example. In a three-minute video, Saroo Brierley was accidentally separated from his family at a young age and raised by adoptive parents. As an adult, he used Google Earth, to piece together his origins and find his family.

Importantly, Mr. Brierly is the focus of the story, not Google or a product. It might seem counterintuitive, but it’s more powerful that way. And that’s often where storytelling goes awry in business – the business wants to be the hero, the protagonist and focus.

This video was just one of many masterful pieces Google has produced. This storytelling expertise is a driving reason why Fast Company recently said the company was “the most important” brand marketers of the last decade.

Second, the “Empowering Next-Gen Game Designers” campaign by Intel is a solid example for B2B marketing organizations. The video is in essence, a case study, that uses storytelling techniques. While it’s done in a visual format, the style can easily be adopted using text.

The third and final example, I’d offer is a video from The Wolf services by HP. It was part of a series of short Hollywood-style films. The UK marketing trade publication, The Drum summed it up as follows:

“HP today introduced a new series in its efforts to elevate awareness of the security risks facing businesses and consumers. With award winning actor Christian Slater and the premiere today of HP Studios web series “The Wolf,” the series highlights how corporate networks can be hacked and what companies must do to protect themselves.

In the series, Slater systematically hacks a company from the mailroom to the boardroom through overlooked vulnerabilities and poorly secured printers and PCs.

This first installment reinforces that security is no longer just the responsibility of the network or is something at the perimeter, but a concern for everyone.”

It’s hard to get emotional about marketing printers, but HP is able to do it. Pulling off storytelling series was a bold move that required a lot of convincing when the ideas was first presented several years ago.

Since then HP seems to have distanced itself from the series and removed it from their website. However, you can find several variations still floating around on Vimeo and YouTube. There’s also a considerable volume of media coverage of the campaign archived online.

Have you seen good examples of storytelling in action? Feel free to share in the comments or tweet me up and I’ll consider linking to them here.

Looking for an agency that can think big and execute?
We’re a boutique consultancy dedicated to PR and Marketing in B2B tech.
Give our services a try. Talk with us!

If you enjoyed this post, you might also like:
Popcorn and a Movie: A Creative and Integrated B2B Marketing Campaign that Could Work in Any Vertical