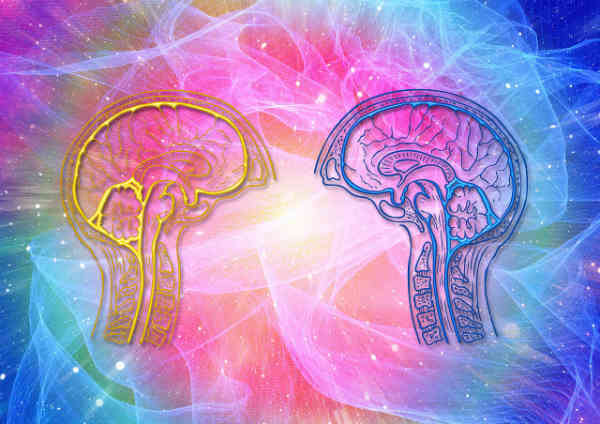 One of the things I always strived to do – both when I was in-house and now in my consulting work – is teach. I want clients, prospects, peers and superiors to understand what I’m doing and why. As a result, I’m very transparent in my work.

Every now and again, someone will ask me, “Aren’t you giving away your secret sauce?”

The answer is no.

Because PR isn’t a list of names or a document, it’s a process, and skill that requires both art and science. When people understand what I’m doing and why they become better advocates for the purpose and value the service so much more.

And that’s the theme for this week’s Unscripted Marketing Links (UML). As it is on the occasional Saturday, I pick three links that are worthy of your time, wrap them in a discussion, and present them here for your perusal. 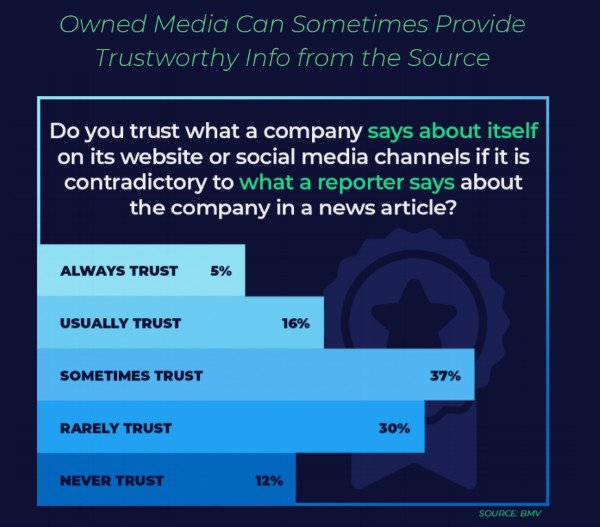 1) Earned and branded media drive awareness and trust in B2B

Digital marketing spend tallied up at around $629 billion in the US in 2018. This year it’s on track to outpace the investment in analog marketing channels for the first time. Yet all the money means digital-first businesses have to contend with more noise as legacy brands bring their deep pockets to digital.

That’s according to a report – 2019 Digital Brand: Awareness, Engagement & Action Index (reg. req.) – by BMV a digital agency in Boston. The report aimed to understand how to cut through the noise – and polled 1,000 respondents to discover what drives “awareness, engagement and action” online.

For B2B companies, earned media and branded content ranked as the most impactful. The survey found 30% of B2B respondents cited news coverage as the way they “people learn about new products online that they can use for their day jobs.” Branded media, defined in this report as blogs, social media and video weren’t far behind with 27%.

How often should you publish on your company blog? The answer may well depend on how much traffic you want to glean:

Is owned media trustworthy? Yes, according to the study:

“Over 58% of consumers say they at least sometimes trust what a company says about itself on its owned channels more than what a reporter says about that company in a news article.” 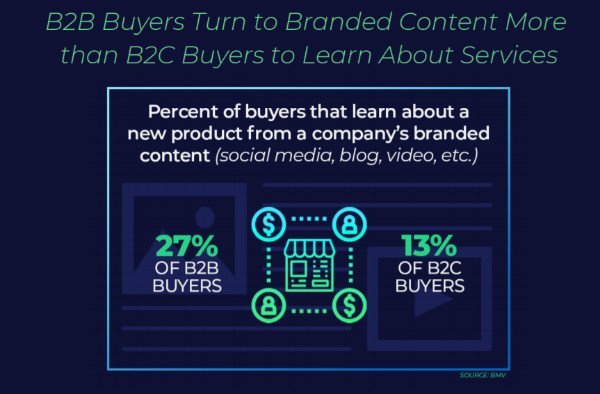 2) Earned media still reigns as THE most credible

Most people find independent journalism and earned media to be the most credible source of information. Blogs, including independent and corporate blogs, can be credible. Advertising is a distant third.

That’s according to an academic study by Julie O’Neil, a professor in strategic communication, and other researchers. She and her research team conducted a focus group with 46 participants and also using a panel to survey 1,500 consumers. Their study was published in the Journal of Promotion Management and summarized in a piece for the Institute for Public Relations (IPR).

According to the summary piece on IPR:

“When examining a message appearing in an earned media story, people seek out and pay attention to cues such as the independence of the journalist writing the story, whether the story is balanced in its coverage, the credentials of the journalist and the prestige of the media outlet where the story appeared.”

And again, the piece on IPR placed this in context:

“Overall, people find blogs written by an independent blogger as credible. Participants praised the blogger’s (in this case a male) writing, his credentials, the sense that this person was someone like them, his experience using the product and his independence from the company manufacturing the product, all which impact perceptions of authenticity.” [emphasis mine]

“Many participants ranked corporate blogs in the middle of their credibility rankings. Some people said that company-generated information is biased, and one person went as far as to say that it’s like ‘talking to a salesperson in the worst way.’ Despite the company’s inherent motivation to sell through its blog, participants said they appreciated the good information and that companies should know the ‘specification, features, benefits, and limitations.’”

Advertising, including native advertising, fell much further down on the credibility list, but many still see it as necessary, according to the IPR summary:

“People believe that advertisements are a necessary component of the promotional mix to build awareness…People recognize that companies will face legal consequences if they don’t tell the truth.”

There’s an old adage in marketing that says use PR to build a brand, and advertising to defend it. I’d say this study still largely supports that perspective.

A big hat tip to Dorothy Crenshaw who also wrote about this study: Why Earned Media Is Still Relevant In PR. And Dr. O’Neill, you still have an invitation to come on this blog for an Off Script Q&A. 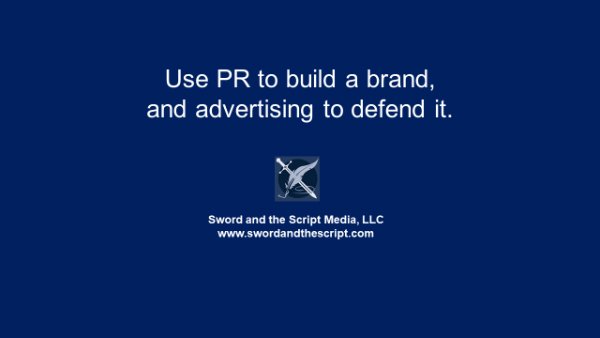 3) Executives and leaders that understand PR value it more

Many business leaders do not understand PR and don’t value it.

That’s according to a survey of 300 executives in UK-based businesses with 1,000+ employees conducted by Releasd: How Executives in Large Companies Perceive PR:

“We interviewed 300 executives in companies with over a thousand employees, and over a third simply did not have a good understanding of what their Comms function actually did.”

Of course, people don’t value what they don’t understand:

“And when asked to name the functions they felt provided the strongest value to the business, only 13% of Execs put Comms in their top five.”

But that’s why leaders need to open to considering the fact that, despite all their years of experience, they might have blind spots:

“Of those execs who did have a good understanding of comms, 80% thought it delivered good value.

This might be a blessing in disguise for PR pros because if you look at our peers in marketing, I’d posit they have a different problem: everyone thinks they know what marketing is and believes they are an expert. 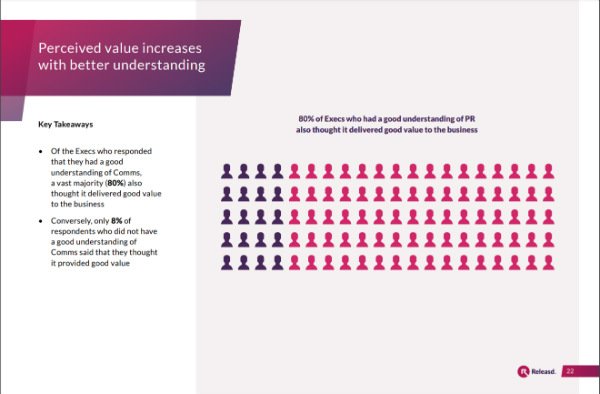 Note: Speaking of earned media, did you know that Agility PR Solutions is hosting a free online summit called Earned Media Mastery that’s worth your attention?

There’s a panel session on media relations in challenging times, which includes yours truly alongside Sangeetha Sarma; Shalon Roth; and Curtis Sparrer.

That session is moderated by Richard Carufel, the longtime editor of the venerable PR trade publication, Bulldog Reporter.

Note: this post was last updated in February 2022. In the course of putting together the monthly PR technology summary...