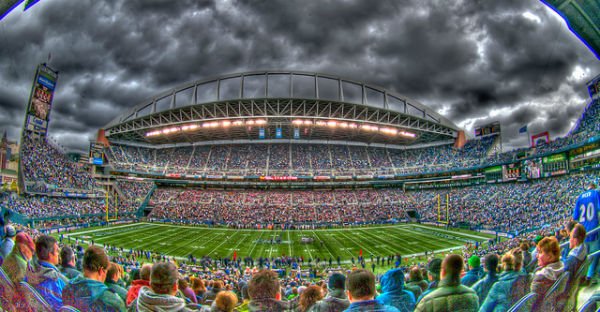 People will say they dislike advertisements because of the disruptive nature of them. It’s a bit of a bait and switch – a publisher teases you in with a headline or promising show – and then shoves a commercial in your face.

Yet even people that don’t like football, will watch the championship game for the commercials. We all know why this happens, but it is still completely irrational behavior.

This is why the event is so interesting for marketers: it’s a moment to study the marketing pitch, storytelling and irrational behavior.

That’s why it’s the subject of this week’s Unscripted Marketing Links (UML). This is where on the occasional Saturday I present three links, I’ve vetted and weaved together for your perusal.

1) The Big Game by the Numbers

Most people realize the final game of the NFL championship is big business, but the statistics compiled by Marketing Charts somehow make that fact seem all the more real:

By my math, that’s about $17,000 per second for airtime. Is it worth it? The publication cites a study by Unruly:

It’s possible that brand recall went up as ads regained their humorous nature. 2017’s Super Bowl ads took a turn for the serious but 2018’s were back to showing humor. Unruly determined that Super Bowl 52 ads were 150% more humorous than ads in the US typically are.

What would you do if your marketing budget suddenly go an extra $5 million? 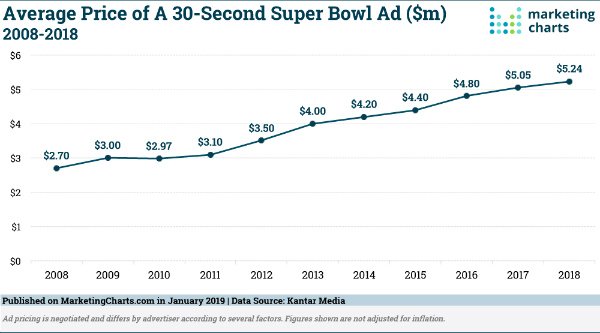 2) The Risk of Getting the Ad Wrong

The day after the game, people talk about the commercials. Some will be liked, some won’t, and a few might even be forgotten. That’s got to be the sum of all fears for an organization that spends $5 million plus the cost of production only to find people didn’t remember your ad the next day.

As Brian Steinberg put it for Variety:

“It’s far easier to score a touchdown in the Big Game than it is for advertisers to do the same in the commercial time that surrounds it.”

He’s put together a list of – not the best commercials – but those that “forced a change in how Super Bowl commercials are plotted, put together or placed in the lineup of the network broadcasting the game.”

I’m a fan of the Volkswagen Passat – the “Darth Vader Super Bowl commercial” and think it’s instructive for both B2B and B2C marketers alike. This is because commercial makes the customer, rather than the brand, the hero – the brand is part of the hero’s story.

3) Speak no Evil; Hear No Evil

The NFL doesn’t want you to call the name of the game by its name:

The NFL is aggressive about enforcing it too, for example by going after a church in Indianapolis for hosting a “big screen Super Bowl watch party.”

“I think any time you have advertisements that are likely to confuse our fans and impact our partners — that will detract from the authentic NFL experience that we want every fan to have and that every fan deserves,” according to an NFL executive.

Of course, no one should be selling pretender jerseys, but picking a fight over a church flyer to watch the game? “Come on, man!”

Marketers spend sweat, blood and tears to get people to remember a brand, and then the lawyers come around and declare you can’t even say the word! There’s long history here and from a genuine public relations perspective, in the case of the NFL, I’d describe it as “unhelpful.”

While the numbers for the so-called big game look good, the overall state of affairs for the NFL is flagging. The organization is mired in constant controversy, weak leadership, and viewership declining by double-digits.

Moreover, in the era of Netflix and on-demand video the organization lacks a substantive digital subscription strategy and is bogged down with legacy broadcast contracts. If the NFL maintains this course and speed, it could well wind up with more trademarks than fans.

Read more: How do you advertise a Super Bowl party without saying “Super Bowl?” by Rickey Bevington for Marketplace.

As for the game – go Patriots! And for all you haters: we love you.

Tom Brady shared an adorable moment with a young fan who asked about how to handle haters. pic.twitter.com/1SfzZGQBOs

He was walking my way and I saw him before he saw me. While I don’t think he was looking...