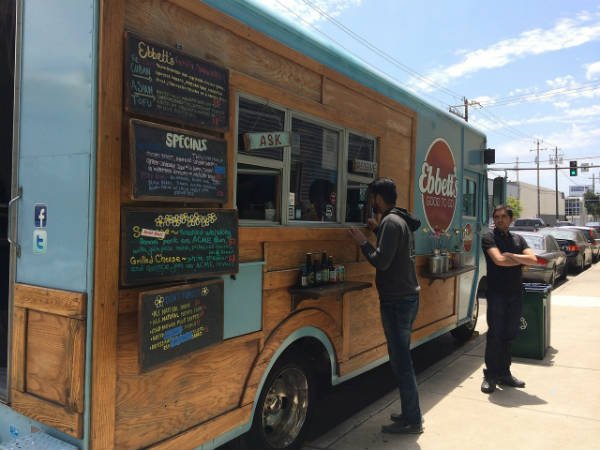 He was walking my way and I saw him before he saw me.

While I don’t think he was looking for me, I knew if we cross paths, he would stop me for 15 minutes. I’d be stuck listening to the same wish list of a dozen good ideas he had for PR.

This isn’t uncommon in the corporate world. PR is often about problem-solving, and that can also bring out the “good idea fairy” where the idea isn’t nearly as solid as the fairy thinks. Sometimes you can help, sometimes you can’t, and sometimes you just nod politely, smile and break contact as soon as you can and get back to work.

In this case, “he” was the head of human resources (HR) – which was heavily focused on recruiting – and I took evasive action. It worked and I was clear for a little while. However, he wound up working on the executive team for several months and eventually a couple of his ideas came back around as official tasks.

Do you know what happened? Some of those ideas turned out to be pretty good. As progressed in my career, I began to have a better appreciation for recruiting, HR and the challenge of talent acquisition and employee retention. I began to realize there are many good reasons for PR and HR to work together beyond internal communications.

3 Ways PR and HR can Team up to Attract Talent

The unemployment rate is the lowest we’ve seen in nearly 20 years. At the time of this writing, the rate is currently 3.8%. While the rate has been trending down since 2010, it’s still largely been an employer’s market since the housing market popped a couple years before then.

That changed in 2018. To many businesses, that change felt like it happened suddenly. As a result, recruiting found itself on its heels and businesses are scrambling for talent today. PR isn’t magic, but there are some things flexible communications types can do to help their organization catch up.

To that end, here are a few creative PR ideas to help the recruiting shop out.

1) Not an open house; think: mini-conference.

An open house can serve as a recruiting event. There’s a clear benefit for the employer, but what’s the benefit to talent in a market that’s 96% employed? Lots of companies host open houses, which means another one is more of the same in a sea of sameness.

Another approach is to invite local leaders from government and associations like the local chamber or technology association. The likelihood they accept an invitation improves if the event is planned in advance and they have the opportunity to say a few words to attendees.

Think about the other things job seekers might need. Have professionals on hand to review resumes or LinkedIn profiles and give attended (free) pointers for improvement or optimization. Give break out sessions on networking strategies, interview skills and career planning.

Additional considerations include, catering, hire a photographer, sharing photos on social media in real time. If your speakers have a published a book keep them around after the talk to autograph copies, or even give a few away in a raffle.

Of course, the PR tie-in is natural – you can and should invite local reporters, bloggers and influencers. They’ll have access to leaders and good event makes a solid news peg – especially one where your organization is doing something interesting to attract talent. It’s worth putting a little paid spend to boost links to announcements, invitations and blog posts with targeted social media advertisements.

One of the more creative ideas I’ve seen could have been a page from the guerilla marketing book. For example, one of my former employers hired a food truck, parked it downtown and bought a free lunch for anyone that handed over a resume. Importantly, the food truck was strategically located within walking distance to a large company with employees our company liked to poach.

A team of recruiters also worked the event. They handed out branded goodies and chatted up the line. Sure, some people came just for the free food, but the event also attracted talent that’s gainfully employed, but open to new opportunities.

Again, the media tie-in is obvious. It helped that event was walking distance from the office for some reporters. The unusual story angle – as unemployment falls, businesses turn to unconventional methods for attracting talent – and visual nature of an event could also be tempting for local broadcast news.

It’s worth noting, broadcast stories, rare as they are for businesses, are like a giant shot of motivation. This is because employees go home to friends and family that mention they saw their employer on the news.

Technology companies often put on hack-a-thons internally, but doing it externally has potential too. People love to show off their talent, and an event that offers both financial incentive (think prizes) and recognition among peers, is magnetic.

Certainly, there’s a heavy lift that goes into planning one of these, but once you get one done, you have a little playbook for repeating it annually, bi-annually or even quarterly. The benefits are cumulative – like compound interest earned over time.

You can always flip this around and provide training too. Put together a training package, open to the public, around the skill set your business is seeking to hire.  This works for technical and non-technical skills alike.

This essentially applying the principles of content marketing to recruiting. Put together an event, promote it consistently over time to build trust and relationships with an audience your business is likely to hire. PR tie-in is clear: There are obvious word-of-mouth, media, social and influencer opportunities, but because you are truly building relationships with a public audience.

These ideas are all suggestive – that is you can easily modify them to suit your organization:

Don’t have the budget to pull a big event off by yourself? Try partnering with non-competitive businesses in your local area to share resources. If several businesses are involved, you also boost your news value.

Lack the resources to put a skill showcase together? Try forming your own networking event or sponsoring an existing event.

The point is – there’s a way to get this done if it solves a real problem for your business.

Also, sometimes it’s worth hearing someone out because even if you think you’ve heard it all before, maybe there really is a good idea that’s actionable.

In the late 1990s, he finished school with a degree in Photography and interest in the web. He began learning...