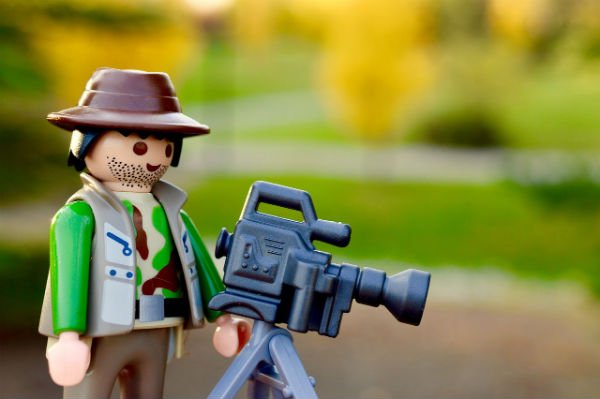 If you work in PR and engage in media relations, it’s a good idea to keep an ear out as to what is on the minds of those that work in the media. The 2018 State of the Media report by Cision is an annual survey of reporters that offers some insight.

The company maintains and sells access to an online media contact database, which serves as the population from which the survey sample is drawn. This year the survey polled 1,300 reporters from around the world and a little more than 800 of those respondents are based in the U.S.

Below are a few of the statistics that stood out to me in reviewing the report. Where I had something to add, I inserted commentary denoted by italics. 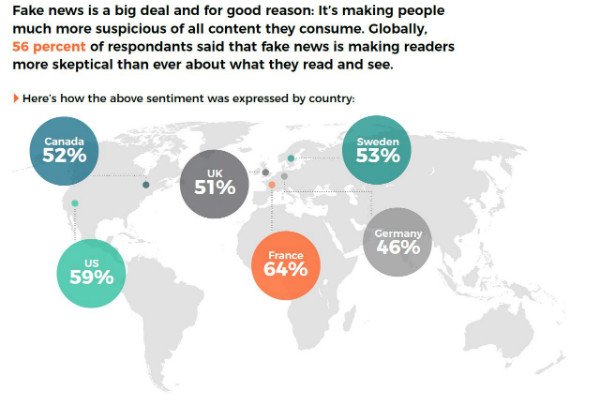 Most (59%) of U.S.-based reporters said, “fake news is making readers more skeptical than ever about what they read and see.”

Nearly three-quarters (78%) of U.S-based reporters said, “the public has lost trust in journalists.”

Comment: It’s a very difficult time to be a reporter, but I sense reporters might be harder on themselves than the general public. For example, citing the Edelman Trust Barometer, Digiday reported, “trust in traditional media has increased from 48 percent last year to 61 percent in 2018.”

The survey suggests reporter views of the top challenges they face is splintered. For example, the top challenge, “staffing and resources” gleaned just 28% of the votes globally. This was followed by “social networks and search engines bypassing traditional media” with 25%.

The report didn’t break out numbers for the remaining challenges of “fake news, blurred lines between editorial and advertising, and issues around freedom of the press.”

Comment: Staff cuts are a contributing factor to why many PR pros believe media relations is getting harder.  For all those still complaining about search and social, now a decade beyond the advent of the so-called Web 2.0, what is unstated is 75% of reporters may see these as a fact of life. It’s also a key reason why blogging and content marketing has become an important tool in the media relations toolkit.

About one-fifth of all respondents globally (21%) said these challenges made “journalistic standards” all the more important.

Comment: Amen. As readers, let alone PR pros, we should all want professional journalists that get the facts right and report all relevant sides of a story.

Also, see these related posts:
How to Generate Media Referenceable B2B Customers with a Blog
10 Fundamentals for Successful B2B Media Interviews
12 Things You Should do to Amplify a Media Mention Once You’ve Earned It

5) Factually accuracy over speed of reporting

A majority (78%) of U.S.-based reporters said, “ensuring content is 100 percent accurate is the most important” in their organization.

Comment: Content marketers should borrow this hint from reporters in their own work. I am generally an advocate of volume, but not at the expense of high-quality content.

6) Technology that will change reporting

When asked which technologies are having the biggest impact on the job of reporting, the answers stacked up as follows (globally):

Comment: These are good considerations to keep in mind when PR is conducting media outreach for several reasons.

Second, PR needs to think about the video elements – and I don’t mean pitching video – but rather the capacity to be interviewed on video. For example, Black Hat is an important B2B conference for cybersecurity companies and I observed several reporters supplementing their writing with video interviews taken from a phone and embedded with their stories. It’s an opportunity for those that are ready.

Third, the data analytics on the backend isn’t just for journalists. PR should be taking a close look at the content that’s trending. A good place to start is with your own content. This another reason why content marketing is a useful exercise for PR – the action figuring out what resonates and what doesn’t will help improve your pitching skills.

Finally, that just 7% of reporters see voice recognition as important is a chance for PR to get a lead. Reporters largely ignored search and social when those trends first took hold…until they couldn’t anymore. Those things were several years underway before the mainstream media got on board.

According to this survey, its destined to happen again with voice – and PR can get an early lead by thinking in audio. This means thinking about information that can be returned by a “Hey, Alexa/Google/Siri” command.

63% of global respondents said press releases were the preferred vehicle of news conveyance and 44% of “journalists also trust press releases the most, with 44% saying that it’s their most trustworthy source of brand-related information.”

Comment: If we put aside the fact that Cision sells press releases, there are two useful ways to look at this:

a) Press releases typically get more internal scrutiny than any other category of public facing content.  It’s organizational muscle memory – a throwback to days gone by that’s easily reinforced with the power of suggestion. The running joke in PR circles is that it often takes longer to get a press release “approved” than it does to write one. The upside is, you get a truly sanctioned document that officially reflects the view (and very pleasing adjectives) of a business and its leadership.

By contrast, junior can write a blog post and publish it with little or no review. You can also edit and delete a blog post relatively easily. However, once a press release is blasted out to the many the back pages of local TV stations across the country, there’s no way to edit those if you mistakenly publish something regrettable.

If you write a newsworthy press release and pitch it to the right people at the right time, your chances of coverage go up. More importantly, PR learns to do this by researching reporter and publications prior to pitching, which is timeless advice reporters give out freely year after year and study after study.

The questions, respondents and geographic reach varies considerably and seems abbreviated, as the same survey last year (see: 3 PR Takeaways from the State of the Media Report by Cision).  For example, they didn’t ask about reputation, sourcing or the impact of search on newsgathering.  You can get a copy of the full report here: 2018 State of the Media.

What stood out for you? What’s a question you’d like to post to the media, or to a reporter?

Looking for an agency partner that can both bring creative ideas
and execute them?
Give our services a try.  Talk with us!

Alignment or Overlap? Marketing with Your Sales Shoes On [UML]

Marketing must be aligned with sales. It’s an idea that’s been branded in the minds of marketers, especially those that...