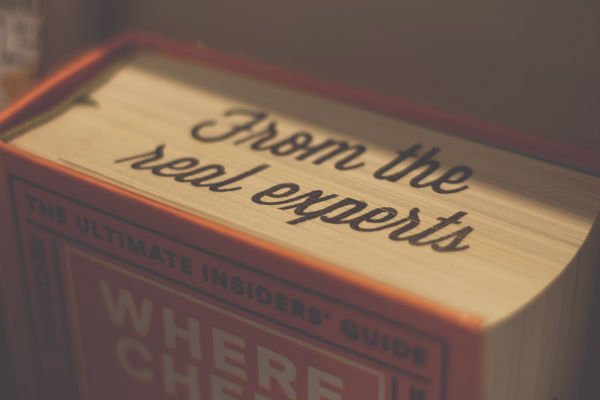 For a long time, the venerable contributed article has been a mechanism for surfacing new or big ideas. These ideas were usually of the variety that deserved attention but perhaps not beat coverage.

You can’t buy good ideas, and for the most part, at least on the surface, publications didn’t try to sell space for a good idea. That may be changing.

Years ago, contributed articles were a badge of honor since there was a limited number of opportunities in a printed world. Web publishing changed all that, and it gradually contributions grew into a bit of a free-for-all as publications built out networks of contributors to feed the insatiable content beast.

That’s beginning to change, as some publications are pulling back. For example, the Huffington Post killed their contributor platform in January 20018. TechCrunch didn’t have contributor network per se but accepted more pieces than at least one editor would have liked and recently altered its policy to “invite only.”

Now we can add IDG to the list, which was acquired by China Oceanwide Consortium in January 2017 (and laid off many editorial positions shortly after that).  However, what the company is doing isn’t, in its own words, about quality…it’s about revenue. The powerful publisher of technology trade publications such as CIO, Computerworld, and Network World, sent out a note to its existing contributors last week:

“The IDG Contributor Network is becoming part of the IDG Influencer Network, a community of technology experts from IDG Strategic Marketing Services that helps the top technology companies reach customers with timely, compelling and targeted content.

The IDG Influencer Network consists of carefully vetted technology experts, leading industry practitioners, analysts and other IT pros who produce content on behalf of our clients, under the direction of IDG content strategists. As part of the combined ICN and Influencer Network, we’ll continue to provide a platform for independent experts from the technology community to share their insights and ideas with our readers.

One big change is that, effective September 13, 2018, we will no longer be accepting contributions from vendors for the ICN.” [emphasis added]

It’s no secret publications are looking for a way to make up for the ad sales the industry has lost to the likes of Google and Facebook. Some are pursuing premium subscriptions while others move toward native advertising – and standing up content studios to provide services.

This is what it looks to me like IDG is doing as they shut down vendor contributions:

In essence, IDG is pulling a metaphorically familiar move: it got brands hooked and now it’s tweaking its human algorithm to depress brand exposure unless brands anti up.  And who can blame them? If brands are willing to pay teenage influencers for a picture on Instagram, why should longstanding publisher of technology information let a good idea get published for free?

Even the Google search snippet has gotten that message, as the screenshot nearby suggests. 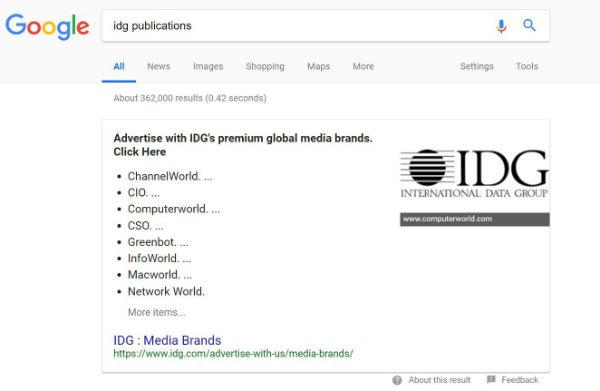 See these related articles:
The PR Opportunity for Brands as Publishers Tinker with Journalism
Build or Buy an Audience? This Startup Intends to Buy a Media Publication
12 Things You Should do to Amplify a Media Mention Once You’ve Earned It

Build an Audience; Build a Voice

This trend has been a long time in coming and its liable to grow. The problem is the native advertising model is that it breaks down the editorial model of information broker. Some say it’s already broken. While that might be true, and I am sympathetic to the economic challenges of news, I struggle to see how a model rewarding the ideas backed by the biggest checkbook is better than one that rewards merit.

You know who pays the highest price? Startups.

Regardless, as publishers rightly experiment to find ways to earn revenue on a news product, good ideas will take a hit. For the PR community – the relationship people not the spin-doctors – this may mean a hard cost to contributed articles and earned media transforms into paid media. Of course, there will still be media opportunities, and place for media relations, but in the grander scheme, things are clearly changing.

In my mind, the strategic communications decision is obvious: refocus those efforts on building your own audience on a content platform you own. You own the relationship, the data, and gain the capacity to test ideas, themes and messages on a platform that can never be taken away.

If you do this well, then over time you’ll find it improves your overall communications and marketing. Indeed, it often opens the door to some of those contributed opportunities that have seemed closed.

How PR Prepared Her for Inbound Marketing and a Role as a Martech CMO; Off Script No. 31: Nicole Wojno of UserIQ

Many years ago, I had a mentor that suggested the first 10 years of a career should be spent moving...