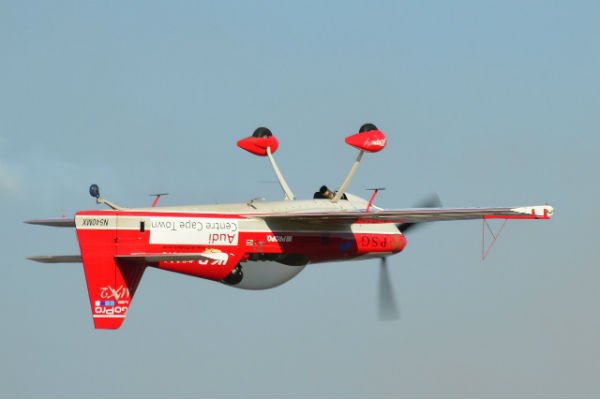 In 1999 I was introduced to an emerging nightmare in high-tech PR.

PR pros, who at that time, were still new to a feature that Microsoft introduced around 1995, were sending pitches or releases by email with tracked-changes still on. This meant reporters were able to see the edits made and suggested.

This was, of course, a very embarrassing. I recall an agency staffer running around the PR firm making sure everyone knew how to prevent it from happening.

In a bit of PR jiu-jitsu, the restaurant chain Denny’s used track changes as a stunt in a press release about breakfast. It’s a good reminder, that it’s not the press release distribution service that results in an effective story, but rather it’s the content and context.

It’s one of two creative press releases examples that recently crossed my radar and I’m sharing here in this post.

Last week the company issued a press release about new breakfast plate. A copy of the document that was allegedly sent to reporters included edits to the company CMO had previously suggested – but weren’t for public consumption.

The edits were eccentric. For example, it included a comment suggesting “more exclamation points.”

“Of course, the ‘draft’ was intentionally sent to relevant media outlets to earn coverage of the limited time menu item. It did the trick. Since the release was distributed on Monday, ‘at least half a dozen outlets’ have reached out to the restaurant chain to ask if the statement was real, said Scott Moody, account supervisor at Denny’s agency partner EP+Co.”

The commentary in the tracked changes was corny, so question is, could this work in B2B marketing?

I think it could with the right context. There are a lot of technology vendors out there pitching better collaboration. Tracked changes, while useful, is also a good illustration of why and where traditional collaboration tools can go awry.

Don’t miss these related posts:
3 Strategic Ways to use Press Releases for Meaningful Influence
11 Simple Ways for PR to Score Content Marketing Points
The B2B Advantages of Working with a Boutique PR Firm 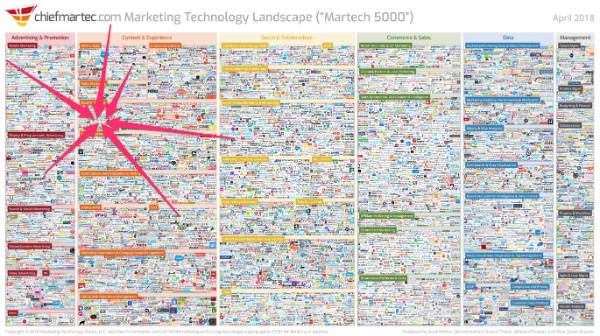 There’s good reason to be wary about using humor in marketing. If there’s an antidote for misinterpretation, self-deprecating humor usually goes a long way.

“This is a press release. So we need be self-congratulatory!” wrote Siftrock in a press release about being included as one of the nearly 7,000 other logos on the marketing technology landscape infographic. “Buyers love it when vendors congratulate themselves, right?”

Press releases are supposed to be about news. The news is something that defies expectations. With 7,000 vendors in the martech landscape, the mere inclusion in the graphic isn’t so unique anymore. The modified graphic Siftrock sent (above) along came complete with arrows underscores this point – and that’s what makes the uninteresting…interesting.

If you’re not familiar with the martech infographic, a gentleman named Scott Brinker invented it to track the growth among vendors developing marketing technology tools. He tried to stick every logo, from every vendor, on a single slide.

When he started in 2011, the infographic included just 150 or logos, but the number has grown exponentially (see graphic nearby), to where in 2018, the graphic included 6,829 vendors. Siftrock celebrated being included on the latest edition by making fun of itself and the verbose jargon vendors on the chart tend to use in press releases.

The company did well to solicit some third-party quotes from well-known marketers in the release, like this one from Matt Heinz:

“The more tools you buy, the better your marketing will be. It’s automatic, everybody knows that.”

It’s a play that could easily be adapted for any vertical market. More cloud automatically makes your team more collaborative, no? More security tools automatically make your business more secure, right? A pound of fintech, surely has an ROI worth more than its weight in gold, yes?

I’d point out also, the Siftrock “press release” really just looks like a blog post. I don’t think the formalities matter so much anymore. Business, on the whole, has become more casual, and so has our communications. If that sound interesting, you should check out this piece on blogging vs. press releases and take note of the acquisitions referenced.

A Note of Caution for PR Stunts

These two examples are stunts. My advice to businesses, in general, is to focus on building consistent marketing processes and programs before trying to get fancy or go “viral.”  If you build a process, then it can be repeated and sustained – and you’ll know what it takes to scale it.

On the flip side, particularly for the traditional corporate communicator – and I’ve walked in those shoes – this is a note of caution to avoid becoming to set in your ways. Or do so, knowing you might overlook a good creative idea. The Denny’s stunt was the brainchild of an advertiser and not a PR pro.

The reality for corporate communications, and indeed marketing, is that it gets roped into so many meetings and projects there isn’t time to think, let alone do work. It’s sometimes easier to simply say “no” where a little creativity and capability to execute could turn a small win into a bigger one.

Looking for an agency partner that can both bring creative ideas
and execute on them?
Give our services a try.  Talk with us!

Like many American marketers, I didn’t pay too much attention to the General Data Protection Regulation (GDPR) until recently. However,...