Is Media Relations Getting Harder? 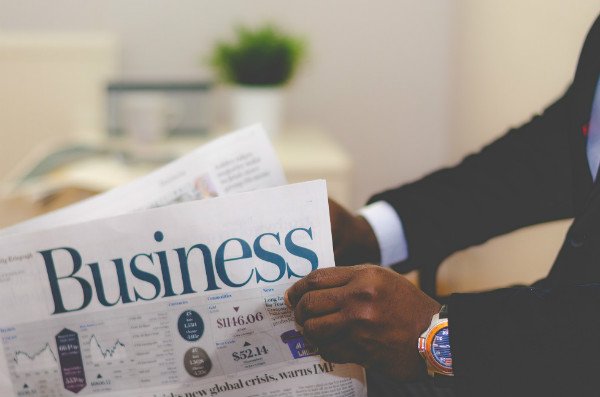 Do you feel like media relations getting harder?  Chances are you do, but you should know you are probably not alone.  In fact, most PR professionals feel the same way.

That’s according to a recent survey of communication professionals, which yours truly conducted in collaboration with Ned’s Job of the Week.  The survey found more than half (51%) said media relations is getting harder. About one third (32%) said it’s about the same and 14% are unsure.  Just 3% said it’s getting easier.

“It is more challenging to cut through the cacophony of competing messages and conflated vocabularies with unique and compelling messages. The media is looking for the biggest headline rather than the significance of the story,” wrote in one respondent.

A third added, “The changing face of journalism has left many newsrooms bereft of veterans and reporters with historical knowledge.”

The invitation to comment on this question was optional and yet more than 50 of the 155 PR professionals that took the survey felt compelled to oblige.  I believe the three comments noted here are reflective of the overall sentiment and also a fair assessment.

As it’s noted in the analysis around the full report, “While publishers have made gains with paid digital subscriptions, content studios and native advertising, the last decade has been widely one marked with cuts to editorial staff.”

Most of my experience in media relations comes from a B2B technology perspective.  While I do think the economics of journalism has also played a starring role in this sector, there are a number of other contributing factors.

1) There is a genuine lack of substance in news

The headlines that sail around the web are those that are salacious and extreme.  The things that make headlines are those we don’t expect  – which by definition means the news covers the outliers.

For example, pick a trade publication in any vertical market and study the headlines. It’s almost always some manifestation of how the world as we know it is ending.  It’s just an adaptation of “if it bleeds it leads” borrowed from broadcast station news.

As information consumers, we are all part of the problem because of the way we are inherently programmed.  As Annie Duke wrote in Thinking in Bets, losing hurts twice as bad as winning feels good – and deep down in our animal brains, we can’t help but look for a tiger when there’s rustling in the bushes.

The media loves stories about the risks of losing, actually losing and tigers. Occasionally, the against-all-odds story earns a headline, but it’s still an outlier.  Nine times out of ten, a story about how the world is ending will overwhelming draw more interest than a case study about how anyone can prevent the end of the world.

Which leads me to the second problem.

Also, see these related posts
4 Big Media Trends that have Upended PR and Marketing
How B2B Marketing Can Get More out of Trade Shows
How to Generate Media Referenceable B2B Customers with a Blog

Those days of discretion and the veneer of a firewall are over.  I’m continuously amazed that the number of editorial contacts that all but ask me for money in exchange for a story.

Some of this is a result of the fact that as advertising revenue has fallen, many trade publications have basically become editorialized marketing for events.  This is how many of them pivoted a few years back to make a profit.   If it sounds amazingly similar to the concept of good content marketing, you’re right.

The danger in all is this is that ideas are selected based pocket depth rather than merit. The alternative?  Pitch a story about how the world is ending.

Last week I got a list of media registered to attend a popular trade show. As I scanned the list, I could easily pick out familiar names of marketers and PR people with columns in news publications.  I’d venture 35-40% of the “registered media” were of this sort.

Maybe a few years ago there was an opportunity with such contacts but there isn’t today. Many of these columns are just business development vehicles: tease a prospective client with coverage.  This isn’t a new phenomenon, but it’s never been so pervasive.

I’m not knocking anyone who has a column – good for you.  But it’s not independent journalism, it’s an opinion, and yet these pieces get blended right into news feeds like Google News and News Apple as if they were.  The effect works like dilution – it waters down the news and brings us right back to the economics of journalism.

All of these factors are part of the reason I’m such an advocate of content marketing.  There is a clear and compelling role for a PR-focus in content marketing – and I don’t mean spin – but the experience of working in a challenging space between marketing and editorial.

Building your own audience just makes sense both from a marketing and a PR perspective. There are only two alternative approaches: earn it or buy it.  Ideally, you do a bit of all three and they work together.

Of course, none of this relieves anyone in PR from the fundamentals – like studying the news, trends and the key players to understand where a business might fit. Or putting in the effort to ensure pitches are timely, relevant and truthful.

Need a PR agency that can both bring ideas and execute on them?
Give our services a try.  Talk with us!

The Evolution of Event Marketing; Off Script No. 27: Mark Granovsky on Why Events are a Microcosm of Industry

His first client came in 2002.  The company was awarded a contract to provide a mobile event guide at a...