Home > Marketing > Can you Profit Directly from Content Marketing? Maybe. 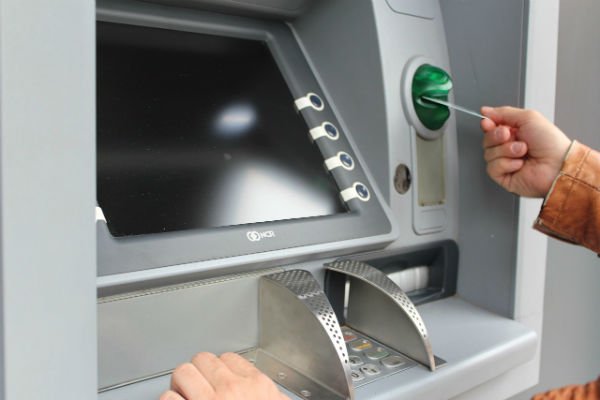 Regular readers know I bought into the concept of “content marketing” many years ago. It was in effect the coining of a term that characterized a strategy my team and I was already working on across traditional PR, digital marketing and social media.

Yet there’s one newer twist to the idea that concerns me: that content marketing shouldn’t just facilitate awareness or leads, but that marketing should actually profit directly from content, or at least generate cash that subsidizes marketing activity.

This idea is being promoted in a new book and recently I wrote a glowing review of Killing Marketing.  It is a solid book and I overwhelmingly believe it is worth reading (or listening) and does well by the content marketing community.  Still, this is one concept out of many, the authors put forward that I find largely aspirational, and perhaps even, potentially hazardous to marketing.

This isn’t a reflexive reaction either.  When the authors first started floating this idea more than 18 months before publishing the book, I examined it from the pragmatic B2B marketing trenches.

To be clear, the idea isn’t without merit.  The authors have documented case studies used to support the notion of profitable content marketing.  However, these all stem from the usual suspects for marketing case studies (i.e. Red Bull, Johnson & Johnson).

These giants, often consumer-oriented corporations, have the pocket-depth to own events and sell tickets or sponsorships.  Sometimes the examples are businesses that are able to sell advertising across digital sites they’ve built. Finally, there are some that have been actually able to sell subscriptions to print magazines they publish (Lifetime Fitness).

While these case studies are all very impressive, this idea remains unrealistic for the vast majority of businesses, especially the mid-market, and worse, it may put marketing at risk.  Most senior marketing leaders have battle enough to prove the value of marketing, let alone a new and higher standard of generating awareness and leads – and also profiting from the activity.

Why Profiting Directly Borders on Unrealistic

In 2009, I worked for a B2B software company that took sessions from their user conference and packaged them up into a half-day “virtual conference.”  It was basically an extended webinar that rebroadcast recorded sessions presented by industry influencers, albeit it came with some interesting nuances.

The platform we used (On24) was an early effort at a virtual reality-like experience (very Second Life like if you remember that). Attendees could choose which sessions they wanted to listen to and would “enter” a virtual conference hall to attend.  There were also “rooms” for networking and mingling with a private chat-session style interface.  Finally, some of the influencers joined the virtual conference live after the recorded session was shown to answer questions in real-time through a public chat feature.

At that time this virtual conference idea was novel and a truly brilliant way to repurpose content.  If there was anything else like it in the marketing space at that time, I wasn’t aware of it; I’m pretty confident it was first-of-a-kind.

However, it came with a catch:  tickets to the virtual conference cost money, perhaps $100 or $150 (I don’t remember the precise dollar amount).

Any veteran marketer ought to see why that’s a big problem for a $150 million dollar publicly traded company in the mid-market.  When the purpose of the event shifts from selling software to profiting from the event, it becomes a distraction to selling software.

And here’s the benchmark for comparison: the company tried again the next year, and this time made the event free with registration.  It was a wild success with thousands of registrants and an absurdly high volume of exposure across news, blogs and social media.  The company repeated this template in subsequent years with comparable success.

I’m not completely knocking the idea wholesale – rather I think it’s something marketers should consider carefully (and internally) before bringing it up with a broader set of stakeholders.  This is because there are some case studies that I’ve seen firsthand where this can work.

Here are a few that I’ve discovered: 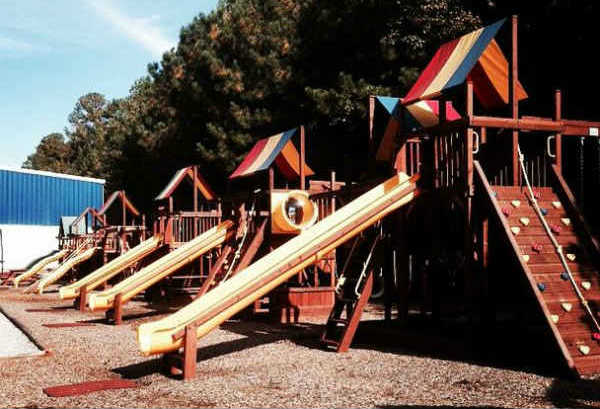 This company sells children’s furniture and swing sets.  It’s important to note these swingsets are the Ferarri’s of swingsets – the sort you might find on a public playground made available to the public (and because only a city could afford them).

In the back of the showroom, the company houses a giant playroom with several sets set up for play. This room is available for rental – so for example with $200 you can rent the room for a kids’ birthday party for a few hours.

It’s set up with cafeteria-style tables, a refrigerator, a kitchen sink and nearby bathrooms.  The fact that the venue is indoors means birthday parties will occur regardless of the weather.

Best of all, the parental photo taking for social media and real-world word-of-mouth is free and highly credible buzz — parents making recommendations to other parents — while the kids get to sample the goods for sale.

If there’s any doubt, kids do have a dramatic influence on consumer spending.  For example, all the cereal makers put those character infused sugar cereals on the lower shelf to be eye-level for the target audience.

It’s worth noting I wrote a fairly extensive piece about Rainbow Play Systems in 2014, several years before Killing Marketing was published: Marketing as a Bona Fide Profit Center.  It’s worth noting, that today, when my daughter stays with me, she sleeps in a bed that looks pretty close to the photos presented in that post.

In a related example, my daughter had a birthday party where she takes karate lessons.  The concept is simple: for a few hundred dollars, the dojo provides a place to serve pizza and birthday cake (BYO), and then the karate instructor takes a dozen or so kids attending the party through a karate seminar.

This particular instructor did an incredible job.  He mixed in a mini-obstacle course he created on the dojo floor out of extra mats, then taught kids a couple of punches and kicks and finished by getting every kid (6- and 7-year-olds) to break a board.  They got to take the broken board home as a souvenir.

There were a couple of shy girls that seemed reticent to try breaking the boards at first…but eventually gave it a try.  The progressive crawl/walk/run teaching style eased kids towards the objective. Every kid broke their board. You could visibly see the confidence appear on their faces over the course of just an hour or two.

More importantly, in this context, was the effect on the parents.  This particular location has relationships with the local elementary schools to pick up kids after school for karate lessons and after-care.  So, kids get exercise in a confidence-building and social activity that is designed to fit the schedule of a working parent.  The business model itself is pure genius.

I’m very confident that dojo signed up new students after that demonstration and I witness several parents asking.  For sure, it still made money for the birthday party, which just happened to double as good marketing.

An attorney wrote a short book that reviews the gun laws in Georgia with a layperson’s summary. Legal speak is not easy to understand, so the explanation for the average citizen provides the value. The book, in its second edition, looks like something you could print and self-publish with some help from a small printing shop.

During a recent visit to a local range, I noticed the book on the counter for $24.99.  On the back cover, was a photo and logo of the range, which the range staff told me they had paid the attorney to include. It’s reasonable to believe, other ranges add a logo and photo as well.

So, this particular attorney is profiting from his content marketing by:

a) charging for the books;

b) charging to customize the back cover for vendors (which doubles as distribution); and while

c) supporting what is an excellent example of content marketing for business development.

He is at least subsidizing his lead gen efforts and perhaps, profiting from them too.

Proceed with an Open but Cautious Mind

The first chapter of Killing Marketing begins by asking readers and listeners to proceed through the subsequent work with an open mind.  Indeed, I did that and as a consequence, I’ve softened my viewpoint on the idea of profiting from marketing.

However, it worries me that many business leaders outside of marketing have a very weak understanding of marketing.  Many haven’t picked up a book about marketing since college, and so much has changed since.  If as an industry we make this jump in stakeholder anticipation from “proving value” to “direct profit” then business and marketers alike are headed for a serious let-down.

Before ever floating such an idea, there are a whole lot of things that need to happen culturally inside the organization. It’s not impossible, but it does remain largely aspirational for most businesses.  My suggestion is to manage expectations and proceed with an open, but cautious mind.

What separates successful bloggers from those that aren’t can be distilled down to three habits: They invest time. They write...