Home > Marketing > Trust and the Unlikely Reinvention of Advertising [UML]

Trust and the Unlikely Reinvention of Advertising [UML] 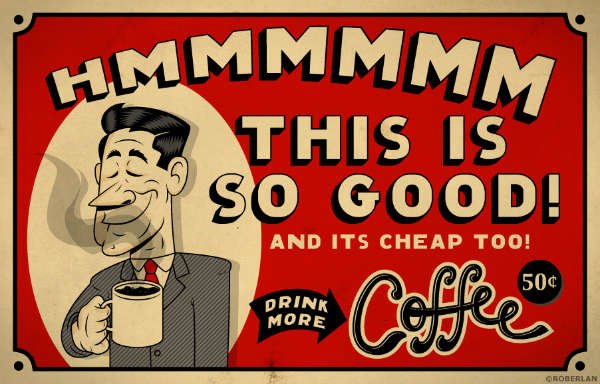 But marketing is anything but stagnant. While that maxim had elements of truth five years ago, when I wrote that content marketing was the new branding, today I wonder if we’re not coming full circle, yet again.

Social media, which was once the path around the traditional gatekeeper, today has become the gatekeeper, and not a better one since ideas are surfaced for a price. Where a few years ago, print was dragging the publishing industry into a morass of unprofitability, today, it is hinting at revival.  More recently, fake news has laid the groundwork for a new-found trust in advertising.

When marketers pile into digital, maybe print is worth a second look.  If the email click-thru rates are plummeting, try licking a few envelopes.  And if people don’t trust the news and confidence in the media is eroding, then perhaps there’s new mix worth evaluation.  If you want to stand out, then the best practice in marketing is being different.

Marketing is, in part, a game of constant reinvention, even as we seek out a breakthrough. It’s no April Fool’s joke to say, advertising may well be in the midst of it – and that’s the theme for this week’s Unscripted Marketing links [UML].

As always, I suggest marketing news I’ve vetted and recommend for perusal.

1) In advertising, we trust

PR brings credibility with third-party validation; nothing you can say about yourself is as powerful as someone else saying it on your behalf.  However, a new YouGov study may suggest you can buy credibility

“In 2014, 50% of US adults said they trust advertisements,” wrote analyst Paul Hiebert in a piece called America’s trust in advertising grows. “In 2017, however, this number increased to 61%.”

Dramatic as that increase seems, Rimma Kats honed in on the importance of veracity in advertising for eMarketer in a piece titled, In an Age of Declining Trust, Is Advertising Actually Gaining Ground?

“YouGov found that in addition to being more trusting of advertising, respondents were also more likely to say they feel the ads they encounter are ‘honest.’”

In an analysis piece for Marketing Dive – Study: Trust in advertisements increases 11% – came at the study with a similar notion:

“If trust is growing, it could be because brands are doing a better job with consumer-first strategies.”

PR is less expensive than advertising. Unfortunately, that also means bad actors can put out fake news on the cheap.  While it’s not impossible, it’s certainly more expensive and complex to invest in an advertisement that’s fake.   Unless it’s that one weird trick…

2) Are bots wasting more than half the ad budget?

Marketers that waste half their ad budget but can’t figure out which half, might have an edge on the bots making automated media buys.

That’s my interpretation stemming from an article in the New York Times titled Chase Had Ads on 400,000 Sites. Then on Just 5,000. Same Results.

“As of a few weeks ago, advertisements for JPMorgan Chase were appearing on about 400,000 websites a month,” writes reporter Sapna Maheshwari.

However, in the wake of fake news and the YouTube ad scandal, the big bank cut its display ads to just 5,000, the story says, citing CMO Kristin Lemkau.

“Surprisingly, the company is seeing little change in the cost of impression or the visibility of its ads on the internet, she said,” according to the article.

This story has legs and if that’s not re-invention, then I don’t know what is.

See these related posts:
Your Marketing Predecessor was Probably a Hot Mess [UML]
Public Relations: In History, at Crossroads and in the Future [UML]
Features, Fidelity and Faux Pas of the Social Media Platforms [UML]

3) Confessions of a modern advertising man

“We all need to just be aware that most people hate advertisements,” according to anonymous advertising strategist.  He or she stepped into the Digiday confessional the publication’s ongoing series, which trades “anonymity in exchange for honesty.”

I was struck by the familiarity of some of the themes.  The isolation from reality that a staff can sometimes bring to an executive was one example.  The frustration of developing communications that stroke internal egos, rather than customer desires, was another.  A third leaped off the page:

“The number of times I’ve been asked to construct a communications journey is crazy. Come on. You think someone will go from a banner ad to a website? It’s a weird perfect utopian hypothetical to make a chart. Yes, there are basic rules. But the level of detail we’re asked to get into is bullshit.”

Managing editor Shareen Pathak does not appear to dole out penance in her full story –  ‘Most people hate ads’: Confessions of a disillusioned agency strategist.

Separately, if advertising confessions are intriguing then have a look at David Ogilvy’s last public confession from 1992.

Is your PR agency bringing new ideas to the table?
If not, give our services a try.  Talk to Us! 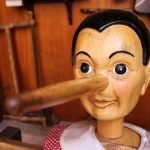 How to Generate Media Referenceable B2B Customers with a Blog

You’ve spent weeks or months pitching a key reporter.  You’ve read his or her coverage carefully, you’ve watch the tweets,...