Home > PR > How to Deliver a Genuine Corporate Apology [UML]

How to Deliver a Genuine Corporate Apology [UML] 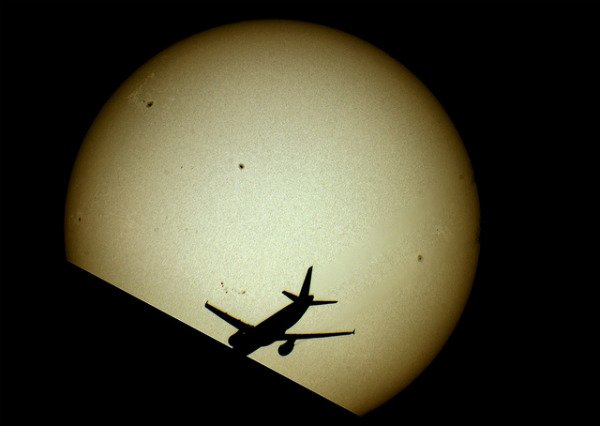 You only get one shot at making a good first impression – and that’s true for corporate apologies too.

When a company apologizes and then has to apologize again – and then apologizes again, again, and again – the business missed its shot.

The market is a bit like the playground, where one kid gets a little rough with another one.  The parent of the offending child intervenes and directs an apology.

When the apology inevitably comes off reluctantly or as insincere, a parent intent on teaching a child right from wrong follows up with something to the effect of, “Apologize like you mean it, or we’re going home right now!”

Kids usually recognize the severity of the matter and offer a proper apology.  Somehow as we grow up, those principles we learned as kids are beaten out of our collective corporate being.

Why does this happen? In my observation, there are several reasons, including the following:

a) Lawyers see an apology as an admission of guilt. While I have great respect for corporate counsel, lawyers tend to be far too quick to recommend a non-apology, when that’s just the right thing to do. This is a good case for PR people and attorneys to have lunch together once in a while. Most business leaders would probably prefer to settle an apology than having it spin into a giant, embarrassing and international fiasco.

b) Apologies are edited by a committee. It’s rare anything good comes out of a committee because a compromise often chips away at the best of both sides, leaving a mediocre middle. This is true of messaging, positioning, press releases and corporate apologies.  Several cycles of copy review tend to turn a sincere apology into a watered-down statement that uses insider jargon like “re-accommodate” that no one outside the corporate bubble understands.

c) Leaders get a sheltered view. There’s a philosophy I’ve seen attributed to Napoleon Bonaparte that basically says, smart generals keep a private nearby to keep a finger on the pulse of the ranks.  As leaders grow in responsibility, they tend to surround themselves with people that tell them what they want to hear, as opposed to what they need to know.  This happens in business too, where diverse ideas are filtered out many layers beneath the CEO and he or she winds up with a disconnected view of the world.

That’s the anatomy of a corporate apology run amuck.  It’s also why it’s the theme for this week’s Unscripted Marketing links [UML]. As always, I’ve vetted and analyzed three articles that I recommend for your consideration.

“I’m sorry that this happened.” That’s the epitome of “the incomplete apology as described by Andy Molinsky in a piece for Harvard Business Review entitled, The 4 Types of Ineffective Apologies:

“Those who study apologizing for a living suggest that an effective apology has three key components: taking responsibility for your role in a situation or event, and expressing regret; asking forgiveness; and promising it won’t happen again (or that you’ll at least try to prevent it in the future).”

Mr. Molinsky, a professor of organizational behavior at the Brandeis University business school, offers four more categories along the lines of what not to do, including empty apologies,  excessive apologies, and the flat-out denial.

As corporate apologies have become more common, they aren’t all presented with the same sincerity.  So wrote Sarah Green Carmichael, a senior editor with Harvard Business Review, in 2015 piece titled Research: For a Corporate Apology to Work, the CEO Should Look Sad.

She looks at two studies including one that analyzed the facial expressions of 29 CEOs delivering an apology:

“They found that for those leaders who had apologized with a smile, the stock dropped—perhaps because the leader seemed insincere delivering his apology or even seemed to be enjoying the suffering his company had caused. The more the person smiled, the worse his company performed.”

However, on a closer examination, the researchers found good apologies can actually build investor confidence:

“But then the researchers took a closer look at CEO apologies, specifically—16 out of the 29 cases. They found that when an apology was delivered by a CEO who looked sad, the company’s stock price actually rose post-apology.”

The researcher then tested these findings with a simulation. They hired an actor to play the role of a fictitious airline CEO apologizing for a network glitch canceling 140 flights.  Next, they recruited people to watch a recording of the apologies acted out.

“When the CEO appeared sad, participants rated him as more sincere and were more likely to want to reconcile with him.”

Her article also describes a second research project analyzing 150 press releases.  The study found investors punish the stock price of companies that blame external factors for poor earnings.  On the flip side, businesses, “that take responsibility for their missed earnings stabilize and eventually see an uptick in financial performance.” 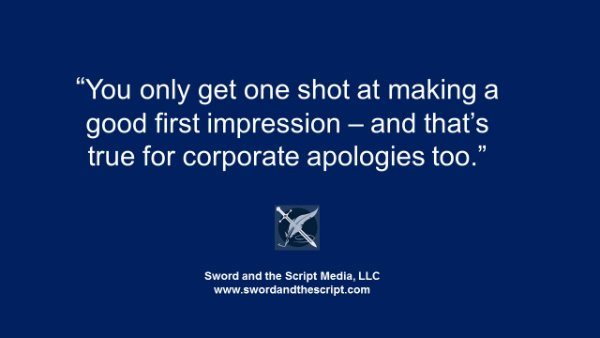 While this piece by Brad Phillips – 20 Ways For Lawyers To Say “No Comment” – focuses on matters of litigation or potential litigation, I find it’s applicable in other aspects of crisis communications.

For example, I can see modifying his second recommendation for a broader business crisis purposes:

“We have an obligation to be fair, thorough and professional. We will live up to our obligation.”

It’s probably not prudent to offer a knee-jerk apology before examining the facts.  There’s nothing wrong with a spokesperson publicly saying an issue has attention at the highest levels of corporate leadership, the company is examining the facts, and it will provide additional information as soon as it is confident in its understanding.

The caveat here is while this buys the company some time…the business actually has to examine the facts and has a small window of time to respond with an informed statement.  If an apology is merited, then, by all means, provide a sincere one – and then do something to prevent it from happening again.

There’s no weakness in providing a well-deserved apology in crisis.  To the contrary, it’s a sign of strength and more than likely both customers and investors will come around to respect the transparency.

As for the airlines, flying, once a glamorous mode of travel, has devolved into a miserable experience from start to finish. There’s a sizable – build a real relationship with the public –opportunity for some high-flying airline CEO to embark on a personal research story.

Imagine short videos of an airline CEO standing in line for a TSA pat down, sampling the thawed out frozen sandwiches (and paying for it out-of-pocket), and experiencing the coach passenger in front bashing the back of their seat into his or her knees.

Reinvention is a timeless positioning strategy in the era of a public that wants to forgive and forget. Done well, it might even win the PR Week communicator of the year award.

Does your agency bring passion to the table?
Give our services a try.  Talk to Us!

Code of PR Ethics? The Gray Area of Communicating a Point of View

Should the Public Relations Report to the CEO or CMO?

These are strange times for those in the news business, as public trust and confidence in the news media has...