Home > PR > Public Relations: In History, at Crossroads and in the Future [UML]

Public Relations: In History, at Crossroads and in the Future [UML] 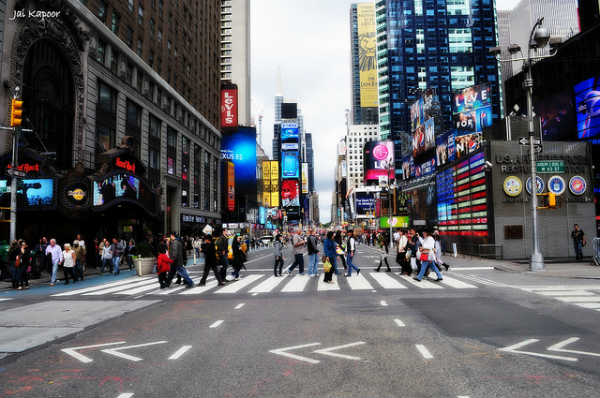 There’s an old saying that the best business people aren’t student of business, but students of history.  This allows them to see things in a grander context, and perhaps choose a path that avoids repetition.

We study the past so that it’s not repeated.  We analyze the present so that we might be informed in order act with deliberate consideration.  We look to the future to anticipate needs.

That’s the theme for this week’s Unscripted Marketing links [UML].  As it is every week, I present for your consideration, three links I’ve vetted and suggest for your perusal. 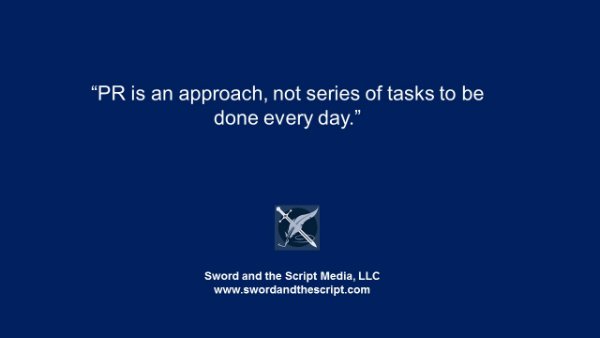 While the young might roll their eyes, the veterans will be set adrift down memory bliss with this piece by Kelly Scotney entitled How PR has changed in 25 years.

Ms. Scotney’s fifteenth point – integrated communications – stands out for me:

“Public relations is now more integrated. Twenty-five years ago it focused mainly on communications whereas now it covers many other theories, including behavioural psychology and economics.”

Her ideas were published on Behind the Spin, which is designed for PR students and supported by the UK-based Public Relations and Communications Association (PRCA).

While I’m very grateful to not yet be old enough to remember all of these, I did, years ago, fax a press release a handful of times. Now, get off my lawn!

If you are a large independent PR firm, then the consolidation of PR businesses by the holding companies like Omnicom and WPP, into an advertising construct, could be a key point of differentiation.

At first, Richard Edelman sets this up as troubling news in a piece titled, The PR Industry at the Crossroads:

“The business models going forward do not envision PR as a stand-alone, but rather as part of the supporting cast attempting to make the most of the star performer: advertising-led creative.”

Yet from where I sit, I’ve got to believe such consolidation is a gift for independent PR firms – and Mr. Edelman gets after that point in his piece:

“We believe in a best-in-class vertical strategy, with PR at the center as its operating ethos of earned at the core, social by design.”

I couldn’t agree with his perspective more and that was thesis when, some four years ago, I wrote we can’t just be PR pros anymore. PR is an approach, not series of tasks to be done every day.

For the PR theory enthusiasts, whether by accident or design, Mr. Edelman’s post parallels the classic Hugh Rank intensify/downplay schema.

If there’s ever been a company that blunders blindly from crisis to crisis, that company is Uber.  I feel for any PR pros quietly doing their best behind the scenes, because just reading about the churn leaves me exhausted.

So when Uber decided it was going to hire a chief operations officer (COO) Lou Hoffman penned a thoughtful argument in a post titled: A Case for Uber’s No. 2 Executive Coming from the PR Ranks:

Uber doesn’t suffer from operational excellence, he says, pointing to the deluge bad publicity, its problems are based on its image.  Yet the Uber image is more than just communications, it’s part conscience:

“I’ve always felt that communications at its best serves as the conscience of a company. In such a scenario, the chief communications officer takes responsibility for ensuring that the company’s behavior aligns with its brand and aspirations.”

Interestingly, the very announcement that Uber was seeking an executive ops chief, resulted in the departure of another, which in turn, set in motion, another round of crisis communications.

And in that little story, Mr. Hoffman, I believe, gets after the past, present and future of PR.

Surveys tell us there’s a shortage of digital talent in marketing. Digital skills are important because so much of our lives...