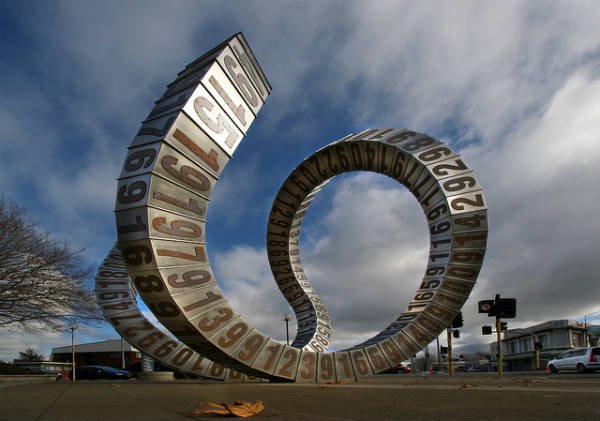 “The Grey Lady is getting increasingly audible,” wrote Digiday in a piece covering the launch of the first ever podcast by the New York Times.  Digiday says the Times is “trying to disrupt the news” but in reality, the paper is playing catchup.

For example, NPR has mastered the podcast, which is a natural digital progression given the outlet’s roots in broadcast audio. But it isn’t alone. Other traditionally print new organizations – notably the Wall Street Journal and USA Today – got into the podcast game far earlier.

Podcasts have been on a winning streak for some time now, as data from Edison Research suggests. Listeners are increasingly affluent, educated and most importantly, habitual.  Avid podcast listeners consume an average of five a week – listening for four hours and 10 minutes (chart nearby used with permission by The Marketing Companion).

Not only is this a significant amount of time – but it’s quality time and so marketing has joined the crowd.  Podcasts may be the other last mile in marketing, that is the last little bit of undivided attention, during a commute or a workout.

While podcasting isn’t new, advances in speed and storage in smartphones and tablets have contributed to the uptake.  So too has the improved capacity to update podcast subscriptions over wi-fi — and without the hassle of syncing a mobile device with desktop software.

As such, podcasts are an old tool with a new twist. And that’s the theme for this week’s Unscripted Marketing links [UML].  As always, you’ll find three vetted articles below that I recommend for your perusal. 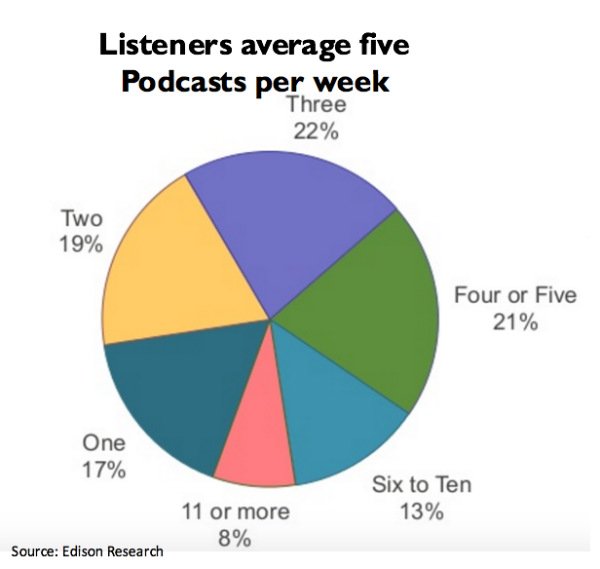 Graphic used with permission from The Marketing Companion, a podcast with a co-host employed by Edison Research; see link nearby.

Audio in marketing doesn’t just mean podcasts writes David Kirkpatrick for Marketing Dive – The call for audio content marketing gets louder. He points out a range of emerging devices, “like Amazon Echo and Google Home, along with other IoT offerings including smart cars,” are creating opportunities.

What sort of opportunities?  Disruptive opportunities like the chance to rank first for voice search in search engines:

“Beyond playing into trends, voice interactions with chatbots, virtual assistants and other IoT technologies have the potential to upend traditional search and display advertising models in the near future, even for giants in the space like Google. For marketers, the growth in audio content means adjusting strategy to make it easier for consumers to find exactly what they’re looking for via voice.”

The impact of audio is going to be dramatic.  For example, my six-year-old daughter walked up to a flat screen TV in the living room and attempted to interact with the device.  While I had previously heard such anecdotes, seeing it with my own eyes was a dose of realism.

While many adults today grew up interacting with computers through a mouse, my daughter has primarily known the touchscreen.  What happens when her kids grow up knowing only voice search or voice interaction?

As for podcasts, I have 27 subscriptions on my phone at present.  Though I tend to “binge listen” on road trips, here are seven I listen to consistently. 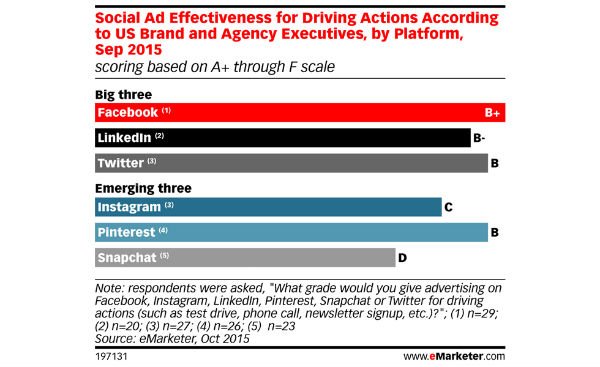 If audio search isn’t enough of a new twist on an old web habit, welcome to visual search.  Pinterest, which positioned itself as a “visual search engine” – as opposed to a social media network – has set itself up to capitalize on the opportunity while creating a new one for marketers: it recently introduced visual search ads.

So, what exactly is a visual search ad?  Writing for the Wall Street Journal, reporter Mike Shields, sums it up – Pinterest Rolls Out Search Ads – this way:

“Until now, advertisers could run ads using keywords, like ‘furniture,’ but these ads would run throughout the site alongside relevant content. Now, the ads will appear right after people type in searches.

Like search ads on Google, the new Pinterest ads will be sold via a digital auction on a cost-per-click basis. However, instead of Google’s mostly text-based ads, Pinterest’s search ads will primarily feature images.”

Shar VanBoskirk, an analyst with Forrester estimates U.S. marketers will spend $120 Billion on digital marketing by 2021. Today the vast majority of digital spending goes to Google and Facebook, though is plenty of room for players like Pinterest in spending of that volume.

Further, the persistent questions of confidence and fidelity of analytics may open a window of opportunity for new entrants.  Similarly, programmatic is increasingly being scrutinized for fraudulent click-schemes, let alone the consistently ill placed ads like this one.

It’s worth noting Pinterest also has a foundational track record with social media advertisers.  Before the advent of visual search ads – marketers gave Pinterest respectable grades according to eMarketer (see chart nearby).

Indeed, I maintain a pin board for this blog along with other topics that interest me including B2B marketing, creative marketing stunts, and of course scuba diving and skydiving, among many others.  That said, I’m not a fan of some of the recent UI modifications Pinterest has made; the site has taken to notifying me every time a casual contact saves an idea for bathroom decorations.

3) Big Business is Where Good Software Goes to Die

There are many reasons for a business to make an acquisition – to acquire a technology, to acquire a customer base, to accelerate growth, or to kill the competition.

Those objectives don’t always resonate with existing users, especially when large businesses buy smaller ones. It’s not uncommon to see subscription models change or to see features, or even entire product categories, slapped with a sunset notice.

That’s in effect what happened when Adobe acquired the Livefyre.  While the Adobe transformation to the marketing cloud has nothing short of remarkable, I personally found it tragic when the company decided to shutter the commenting platform.

I have used Livefyre as the commenting platform on this blog for a long time – and have been very impressed with the company’s community and customer service.  I dreaded switching commenting platforms because this sort of project has a habit of taking far longer than anticipated.

Yet Disqus, the older and one-time rival of Livefyre, stepped in to save the day with a  post written by Tony Hue, titled, Livefyre shut down its WordPress plugin. Here’s how to make the switch to Disqus.

I followed the instructions, and to my surprise, I was done in 10 minutes. The conversion of older comments to Disqus wasn’t perfect – there are some erroneous characters in the comments post conversion – but given how easy it was, I’m hard pressed to complain.  In fact, I feel a debt of gratitude to Disqus.

Much to their credit, Disqus has also seized the opportunity to invest in its product.  In a new twist on an old tool, it added comment analytics and have expanded on its native ad product. The latter is a chance for both the company and publishers to monetize content.

If Adobe had asked me, perhaps bundled in a few PDF conversions in a cloud package, I’d probably have paid a subscription to keep Livefyre as the commenting system.

Then again, it might be just as well to be forced to pull the cutaway handle.  The internal politics and unforeseen technology hurdles post-audition sometimes relegate big businesses to squeezing the last bit of remaining revenue without ever making improvements.

Hence the saying, big companies is where good software goes to die.  It’s been refreshing to see what Disqus has done – a new twist on an old tool.

How Long Should a Blog Post Be? [A Data-Driven Answer for B2B]

If you’re looking for short and easy answers to common blogging questions, here you go: How long should a blog...