Your Marketing Predecessor was Probably a Hot Mess [UML] 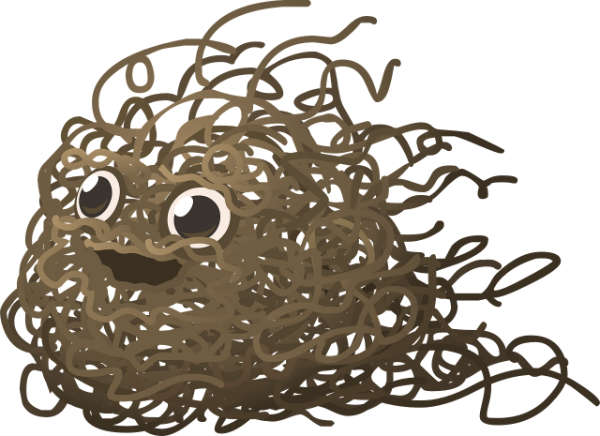 Six months into a year-long tour in 2007, the unit I was supporting in Iraq, was going home – but not before a short period of overlap with the replacements.

That period lasted one or two weeks, providing for a multifaceted process the military calls a “relief in place” and a “transfer of authority.”  This was done so the troops leaving, could show the troops coming in, how to get things done safely.

When the last aircraft, carrying the last members of the original unit, finally went wheels up, and the new unit took charge, one thing became clear:  the new guys thought the guys that just left were a hot mess.  Things were about to change.  At least that’s what they said.

When it was my turn to leave, six more months later, those changes were barely perceptible.  Of course, there were tweaks, as every unit has its own way of doing things, but by far and large, the conditions eventually led the new unit to the same conclusions the old unit had reached.  Things were pretty much the same.

When I think back across the 20+ years I wore a military uniform, I have to laugh because vignettes like this were a frequent occurrence.  Whether peace or war, whether an entire unit, or just the commander, as soon as the baton was passed, the allegations of how the old unit did just about everything wrong began to mount.

Yet, this sort of organizational behavior isn’t limited to just the military.  We see it in business, government and non-profits too.  In marketing, it’s become the CMO playbook.  The last CMO was a train wreck and therefore a) we need to fire an agency; b) initiate a restructuring; and c) launch a re-branding.

I’ve observed this phenomenon dozens of times in a variety of organizations and roles.  Though my data is at best anecdotal, I’d venture to say, that in six or 12 months, the new line of thinking usually travels 359 degrees and winds up shockingly close to the previous line.

The problem with this that it places a tremendous amount of unnecessary stress and churn on an organization.  Consequently, the front door of the office begins to revolve, and the business suffers both hard and soft costs.  Research suggests it can cost 1.5x to 3x the salary to replace an employee – and it may never be able to replace institutional knowledge.

This all goes to shows the incredible responsibility organizations face in building the right team. Whether in the military or in business, who you’ve got in the trenches next to you counts for a whole lot more than the sum of individual skills.

And that’s the theme for this week’s Unscripted Marketing links [UML]. Below you’ll find three articles I’ve vetted along this theme and recommend for your perusal.

1)  The Market for Marketing Talent Tightens 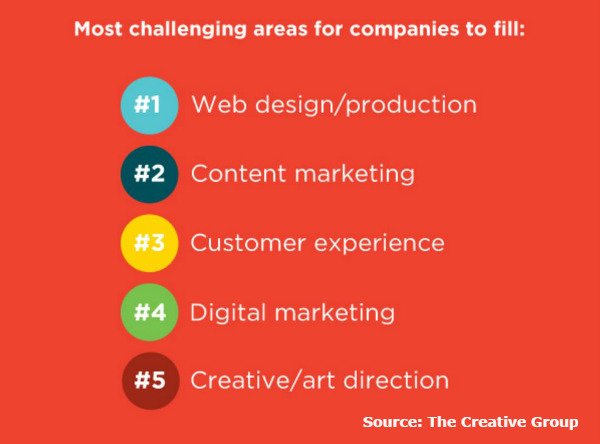 Although just 12% of marketers are planning to hire this year, many are at least not planning to make additional cuts. That’s good news if you’ve survived the annual year-end “hey, marketing, give us a chunk of your budget back” event.

Here’s the kicker:  for those looking to hire, the talent market is tightening.  That’s my takeaway from a Chief Marketer article titled, Marketers are Hiring, But Recruiting Challenges Persist.

“Finding the right talent, though, is a difficult proposition. Fifty-five percent of execs said its challenging to find talent and that’s up 14 points from six months ago.”

Her story links to an online statement and infographic by the talent agency The Creative Group which conducted the survey:

“Companies increasingly see the business value of good design and content marketing, and seek people with expertise in these areas. But a continued tight labor market is making it increasingly difficult for employers to recruit qualified talent.”

The recruiting company says it surveyed 400 U.S.-based marketing and advertising professionals for the survey.

See these related posts:
Marketing Spend: What Would You Do with an Extra $5 Million? [UML]
The Old “New Media” and Marketing Tools with Novel Twists [UML]
Features, Fidelity and Faux Pas of the Social Media Platforms [UML]

2) The Functions Every Marketing Organization Needs

“No single right way to build a marketing organization” exists says Anita Brearton of CabinetM, however, there are functions every marketing shop needs to possess.

Her concept for these functions came in the form of a piece published by CMSWire titled, Building the Perfect Marketing Organization.  She names more than a dozen functions including, the communicator, the creative and the technologist.

“This is the single most important function in marketing. This person sets the goals, defines the strategy, establishes positioning objectives and frames the tactical plan to make sure that marketing’s work meets the company’s overall business objectives.

One of my concerns at the moment, particularly for startup organizations, is that strategy is being overlooked in the race to acquire leads. While that may provide near-term results, it doesn’t set a company up for long-term success.”

I couldn’t agree with her more.  Move over digital, strategy represents as looming knowledge crisis in marketing. If you can’t link content marketing to the business objectives, it doesn’t matter if you can center a YouTube video in WordPress with HTML code.

3) The Power of Employee Advocacy 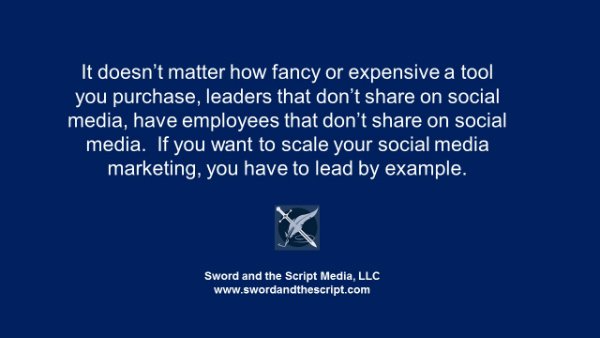 When it comes to content marketing, employees are the key to scale.   That’s what I draw from a post by Jason Miller on the LinkedIn Marketing Solutions EMEA Blog titled: The impact of employee content sharing.

Precisely how much scale?  Mr. Miller quantified it:

“one single employee sharing three items of content a day can add up to 23 million in additional reach over the course of a year. It can add up to 60,000 additional occasions when people engage with your content.”

That single employee was Mr. Miller.  So, he took another shot at quantifying employee engagement:

“23 pieces [of content] were shared 4,290 times. That sharing increased the aggregate reach of our content by 15 million – and of those 15 million occasions, 44,360 resulted in people engaging with it.”

Now LinkedIn is pitching an employee advocacy tool in this post.  It’s a system to facilitate employee sharing on social media.  I haven’t used that particular tool, but I have used other tools like it — and in large organizations — and I can say while tools can help, it’s still hard.

Strategy, digital, social media savvy – perhaps no individual marketer can surely master all the skills.  And therein lies the reason that building the right team matters so much.

As for the hot mess, well when it’s your time to move on…now you know what’s causing that burning sensation in your ears.

Some agencies are vendors.  Others are an extension of your team.
Give our services a try.  Talk to Us!

What’s old is new again in sales and marketing, according to Ted Seward.  The hype over trends like account based...