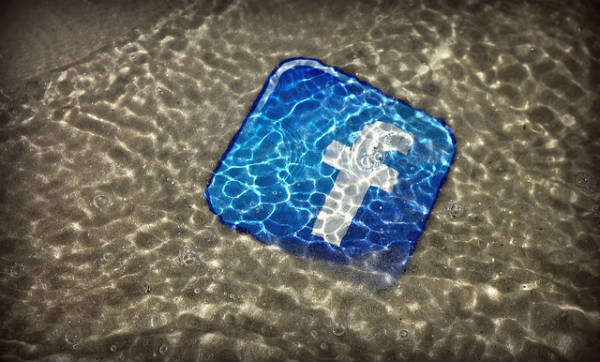 It’s been several years since social media has embarked down a path paved in payment.  The ability to drive results purely from organic efforts have diminished.

Social media became a toll road and the price of thruway has spiked during rush hour.  The very sites that displaced the gatekeepers, under the auspices of information being free, in turn, became the gatekeepers.

To be fair, LinkedIn started with subscriptions and the advertisements came later.  The revenue doesn’t compare to Facebook but the streams seem better balanced. Some say Microsoft really bought was access to an influential audience at wholesale. The fact you can export Salesforce data to LinkedIn, but not the other way around, is just gravy.

Still, it’s hard to argue with the stock performance of Facebook.  A single share of Facebook in May of 2012 cost $40 – today it’s worth $130.  The ads can and do work, and they can work very well in for B2B companies, and primarily because most B2B companies don’t think they do. Nothing lasts forever, neither valuation nor dogma.

And then there’s Google+.  The first company to really make a name for itself earning massive amounts of money off the web just can’t seem to figure out how to make a successful social network or social layer, or picture-album-social-ish-thingy, or whatever it is these days.

Google+ is like Legos to Google.  Google makes something, doesn’t like it, takes it apart and rebuilds something else out of the pieces.  That’s all fine and well during playtime, but stutter steps scare away the loyalists and make it hard to attract a following. At least a following that can be monetized.

And so social media platforms, their features, functions and faux pas isthe theme for this week’s Unscripted Marketing links [UML]. As always below are three articles I’ve vetted and recommend reading in entirety.

1)  LinkedIn Giveth and Microsoft Taketh Away

The new skin on LinkedIn made two important changes affecting users.  First, it has begun to show users content from a stranger in your feed, as Marty Weintraub recently pointed out.  I believe the new clutter is about “time-on-page” and it is a play straight from Facebook: show you more stuff in hopes of keeping you on the site longer.

Second, premium users noticed features and functions previously purchased were removed without notice, or at least with little notice.  The only way to get them back is to upgrade, as Ingrid Lunden of TechCrunch wrote in a piece titled: LinkedIn debuts new desktop version with ‘chatbots’, new search and more:

“In December last year, to the dismay of some users, LinkedIn quietly axed a number of features that were given to the Premium (paid) subscription tier, including a number of search parameters (among them: years of experience, function, seniority level, and when a user joined) and the ability to search in Groups.

There is a chance that LinkedIn may offer these again in a new search product, but for now, if you want these features, you have to opt for the more expensive ($64.99 versus $47.99 per month) Sales Navigator tier.”

Overall, I like the new design – I think it’s slick and refreshing.  And generally, I have a strong affinity for LinkedIn because, it was my first social media account way back when, and more importantly, the company does a lot to help veterans find jobs.

However, this is a bold move for a company built on a subscription model – to remove value from subscribers, charge the same price – and then have the audacity to attempt to upsell that value for an additional fee.  Microsoft is playing with fire.


2) Questioning the Fidelity of Analytics

As marketing money gravitates online, most of it is going towards Google and Facebook.  Marketers like the spend here because the digital buyer’s journey is traceable – a prospect clicks on an ad…or they don’t…and you know it.

At least you think you know it, based on what the platform analytics are showing. Yet the fidelity of analytics are coming into question, according to reporting by George Slefo of AdAge: 40% of Marketers Say They Plan Facebook Audits.

Citing a survey by Advertiser Perceptions he wrote:

“With the exception of Google search advertising, confidence in digital or social platforms is significantly below 50%, the report said

Two-thirds of those surveyed said they are questioning their investment with Facebook, with 40% of those saying they plan to execute independent audits of the social media platform’s audience and ad delivery, according to the report. Even if they don’t all follow through, the finding seems to suggest that Facebook can’t take its momentum for granted.”

I would add, however, while Google enjoys strong faith from marketers, it’s analytics are not beyond reproach. It takes years for businesses to build trust and moments to lose it.

The Google+ product management team may be pulling at heartstrings when it says it’s got some new releases forthcoming.  Their blog post earned a measured response from Megan Rose Dickey, also of TechCrunch, with a rather blunt headline that reads, Google+ won’t go away.

“…Google seems most excited about the return of Events. Starting January 24, people will be able to create and join events on Google+. That date also marks the official end of the old Google+, but fear not! Google is not ready to totally throw in the towel just yet.”

As a one-time net promoter of Google+ I think I’ll take the wait and see approach this time around.  For brands, I do think it still worth keeping tabs on the site as I still do see posts in the search index from time-to-time. That counts for a whole lot more than social shares.

The social media platforms that have monetized are at the point of overreaching, while the those that haven’t monetized are still striving for viability.