The Pressure for Clicks; Off Script #14: Erik Sherman, Freelance Journalist 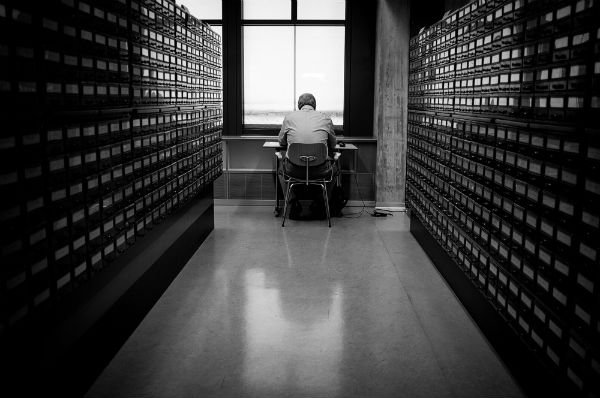 Freelance journalism is harder today than it was years ago.  This is thanks, at least in part, to the “pressure for speed and clicks.”

That’s according to Erik Sherman, a longtime freelance journalist and writer.  His byline, for a wide range of publications, will surface in the first couple pages of a Google search.

If I remember correctly, it was his work as a freelancer a decade ago (and perhaps much longer), that first “introduced” me to Erik.  As it is on the web, our paths have crisscrossed occasionally over the years.

Yet, Erik’s perspective isn’t only limited to journalism.  He has also been a marketer and accepts an occasional commission for business writing.  His experience sitting on both sides of the table, and a conceivably comparable pressure for clicks, has given him a balanced and long-term perspective on business communications and marketing.

And so, I’m delighted that Erik is my guest for this latest installment of the Off Script Q&A series. 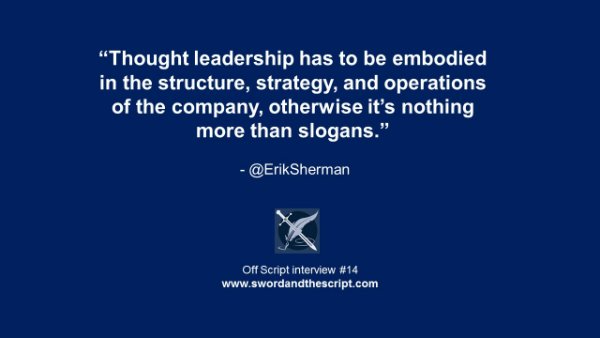 1) You’ve been both sides of the table at times – as a journalist and marketer consultant – how do you think marketing in business has changed over your career?

“A big question. One part of an answer is bound to sound like a “get off my lawn” response, but I think there’s been a decline in the effort younger marketers put into learning the craft aspects of creative. It used to be that one would study the works of people who had been giants in the field and who had become so through the strength and success of their work.


Like the famous Rolls Royce advertisement: ‘At 60 miles per hour the loudest sound was the ticking of the electric clock.’ Evocative, brilliant, and the result of hours of pouring through engineering documents and then working on polishing the copy. Or experts in direct marketing who could bring the combined experience of many campaigns and testing to bear. So-called digital natives still have to affect the emotions and reasoning of the audience. They may have more in common with some segments of consumers, but it doesn’t mean that the basics are really different.


That’s like evoking the dot-com days when people claimed that the nature of business had changed. A laughable thought that was burned away with however many billions of invested funds as the majority of the ‘visionaries’ crashed and burned. That doesn’t mean there is no good creative, but too many people claim expertise based on some technology when they don’t really know what they’re doing.


On the flip side, technology and the ability to analyze data on big scales has opened new possibilities. You’d never have been able to so easily tailor campaigns to individuals and follow them from one place to another. Going through, in real time, the amount of material available through social media would have been impossible not long ago.

And yet, there are problems. Fraud is enormous and hammering the effectiveness of campaigns. Agencies know it, but they’re pushed to lower costs by CMOs that want to pretend cheaper is always possible and desirable. So, the agencies (as they’ve admitted to me) will blend some percentage of absolute crap sites into their digital target mixes to lower the official budget. In reality, it’s far more expensive because companies are throwing money away.

The same is true for new fads like influencer marketing, where companies that don’t know how to do the due diligence, or don’t bother because of time, pour money into many who have actually rented big parts of their followers.

There has never been a free lunch and you don’t get one now.”

Note: Two fairly recent pieces Erik has written on this topic include:

2) What hasn’t changed in marketing?

“People are still people. They typically make emotional, not rational, decisions. You have to find what catches them and use it. Performance has to come first, with the chance of winning industry awards far behind. I suspect many of the award winners wouldn’t hold up if their effectiveness was tested and measured.

Budgets have always been a problem, though even more now, as is the frequent ignorance of executives who frequently make decisions based on ego and positioning themselves for the next career step, not on actual knowledge of what works well and what doesn’t.

Another constant is the number of times creative gets uselessly shredded by clients trying to prove something. They may be right about their audiences and what products do, and even about what they’ve seen has worked in the past. But how many executives are really in place long enough to learn their company, customers, and industry before they take off? And how many feel obligated to change things to prove their necessity?”

Want to be part of the Off Script series?
Know a PR, marketing or sales leader with compelling ideas fit for print?
Send a note through the contact us page.

3) Is it harder or easier today to be a freelance journalist?

“Far harder. Outlets have lowered their rates, pieces run shorter for a further impact on pay. Many young editors think they know much more than they do, so they’ll make decisions or offer directions that don’t help. There’s too much pressure for speed and clicks – the latter understandable given the massive mistakes the industry made which led to low revenue and the need to game ad revenues – and too little reflection. Too much desire to be part of the elite and too little willingness to be on the outside. Poor practices over too many years has led to the public having virtually no trust in the press, making everything more difficult.” 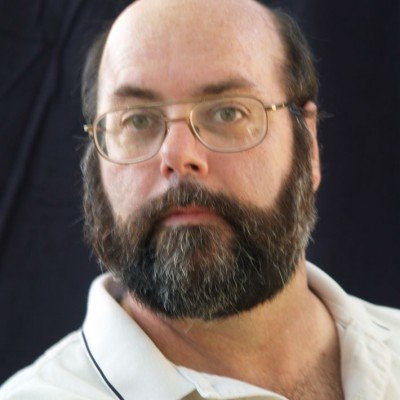 4) What is your assessment of this trend toward content marketing?

“In one sense, it’s not new. Such concepts as newsletters, white papers, informative seminars, and other material intended to be useful are very old. The term is the inclination of the industry to try to reinvent itself by adding some polish and not fundamental change.

Unfortunately, a lot of content marketing has become plain marketing as an only slightly veiled pitch. The point is to create trust and demonstrate expertise. If you say you’re doing that and then use the exercise as an excuse for ‘marketing as usual,’ you only make everything less believable and effective.


Companies also have to invest their own time. I know so many top practitioners who have to create something out of whole cloth because a company won’t make experts available. It’s like asking someone to come in and write a thought-leadership piece and then have no thoughts to offer.

All you’re doing is trying to ride on a writer’s coattails, and that disappears when the writer goes off to the next assignment. Thought leadership has to be embodied in the structure, strategy, and operations of the company, otherwise it’s nothing more than slogans.”


5) Do businesses need to do anything differently in order to do content marketing effectively?

“I addressed some of this above. Figure out what you know that’s of value to your customers. It may well be locked away in the heads of people working at lower levels of the company. Make them available so you can capture it.

Consider having people with journalistic experience spend time looking through the company and finding people who have something to offer. Don’t assume you know where the best material is. I remember working on a project for a major telecom company in which we dug in and found stories where the company made real differences to its customers.


Virtually none of them were known to management. The same will be true about how to best use products, how customers can notice and address the problems they have in common with others, and so on.”

6. What is something in marketing that you see working today, but that you suspect will not in the future?

“I think the entire concept of content marketing doesn’t necessarily have that long to go. Such things become fads, with marketers looking for the next buzzword. In fact, it’s probably time for practitioners to find new approaches and ways of describing basic marketing. Create the next innovation, which will probably be a new way of talking about old principles.”

In addition to a column for Inc.com, Erik contributes to Fortune and Forbes. He is active on several social media sites including Twitter: @ErikSherman.

The year of 2016 brought a fairly significant evolution for this website.  In May 2016, the blog Sword and the...