Marketing is drowning in data but starving for wisdom.  Or perhaps, we are drowning in wisdom but starved for time.

In either case, I’ve paused to delve into three social media studies or surveys that crossed my screen in recent months and distilled them to the most important findings. This also includes some important commentary based on my experience or observations.

These three studies seem to, in part, answer these three questions:

1) Benchmarks for Brands in Social Media 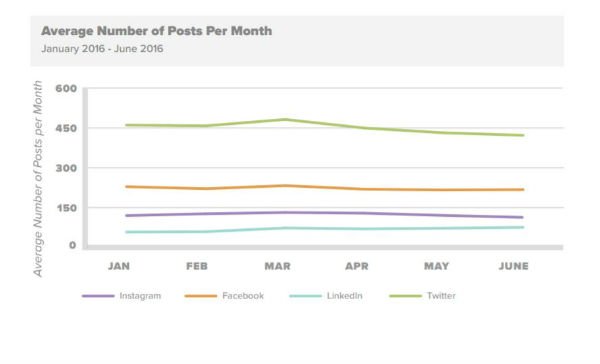 Engagement on Facebook, Instagram and LinkedIn dropped from January to June according to the 2016 Social Media Index a benchmarking study by TrackMaven, which develops marketing analytics software.  The study, which looked at “average interactions per post per brand per 1,000 followers,” also noted engagement ticked up slightly on Twitter.

On average, brands posted 422 times per month on Twitter and 76 times per month to LinkedIn. Posts by brands to Facebook and Instagram range in-between with – by looks of the chart nearby – roughly 200 and 140 posts per month, respectively.

With the exception of Twitter, and possibly Instagram, the volume of brand posts seems extra ordinarily high in my professional opinion. Though the study doesn’t say, my guess the software that produced this data is probably counting comments and replies as a post, or similar explanation, such as brands with multiple pages on each platform.

The brand that posts too often to Facebook risks having those posts “hidden” or unfollowed by the audience, and you can’t get it back, even if you try to buy it.  The net effect is similar on other platforms as well.

“When a customer Tweets at a business and receives a response, they are willing to spend 3–20% more on an average priced item from that business in the future,” according to a study released by Twitter.  Merely acknowledging customers on social media can lead to tangible sales outcomes, such as:

That’s real money for brands merely for acknowledging their customers.  However, the study takes it further:  customers with a positive interaction – a response – are 44% more likely to share their experience and 30% more likely to recommend a brand.  This is all the more reason to believe good customer service is good marketing.

Those negative tweets?  Those are opportunity to turn things around too.

“And among telco customers, conversations that started with a negative Tweet resulted in higher brand favorability as well as 3X higher willingness to pay for their monthly wireless plan, compared to those whose original Tweet was positive,” according to Wayne Y. Huang, a research for Twitter who penned the post. 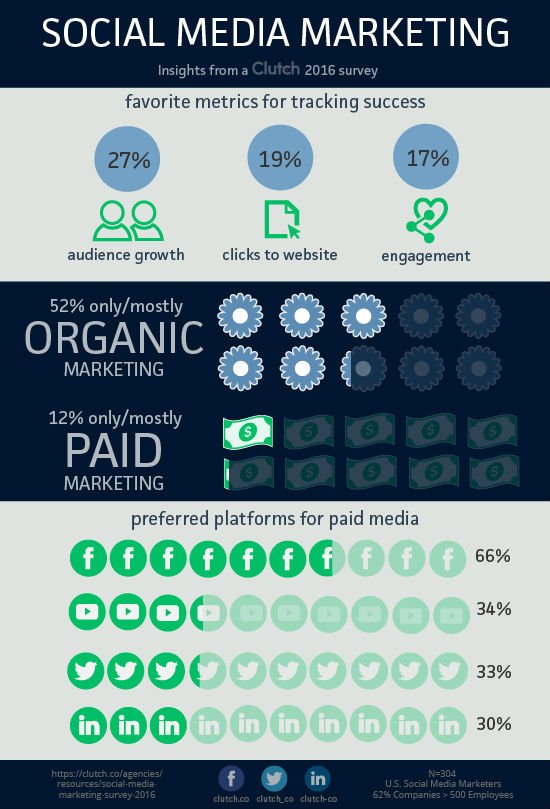 “Most enterprise marketers say paid social media is more effective than organic (unpaid) social media in helping their business achieve its goals,” according to reporting from MarketingProfs citing research from Clutch.

Clutch survey more than 300 marketers involved in social media marketing and found 59% believed paid social is more effective than organic. Despite this, more than half of all marketers only, or mostly, use organic means to reach an audience, according to the survey.

The framing is concerning, because as it is in so many aspects of marketing, it creates the perception of a dichotomy – you can have this or that, but not both. The reality for most brands is, they probably need a combination of many things.

With few exceptions, it would be challenging for most brands to use paid social media effectively without an organic presence. By the same token, even a modest investment in paid social media can greatly extend organic reach.

In social media, best practices change rapidly.  Yet if we make an effort to review the data, perhaps we gain some wisdom and make more productive use of our time.

What stood out for you in these studies?

Need an agency that sees social media in a larger context?
If your hired help is on tactical auto-pilot, maybe it’s time to switch.
Here is a summary of the services we offer and the best way to contact us.
And don’t miss a post: subscribe to this blog by email here.

What PR can Learn from Email Marketing [UML]

As a marketing tool, email doesn’t often get the respect it deserves, yet it remains a crucial across many functions...