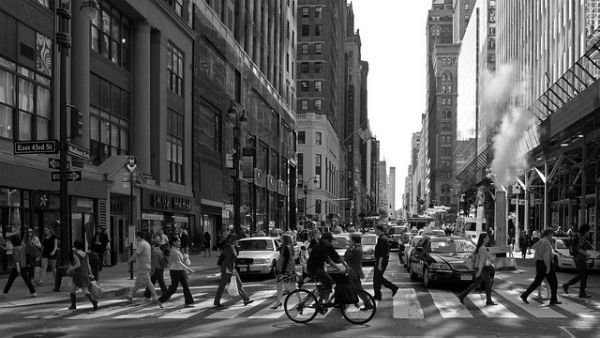 The copy I bought of David Ogilvy’s “Confessions of an Advertising Man” roughly 15 years ago was used.

To the best of my recollection, it appeared the book was out of print, yet there was a seller on a little startup called Amazon.com willing to part ways with a hardcover copy. The sleeve was long since gone, but otherwise, the book was in fine condition.

At the time, it was recommended reading for an account executive in a big PR firm. Despite the book’s age and the fact it was written by an advertiser, I was amazed at how relevant was to my day-to-day work.  It was akin to a desktop manual for my profession.

And that was that.  Until…

I’m not sure if the web revived David Ogilvy, or if it merely gave his many admirers another shot at conveying his wisdom in a digital format.  In any case today he’s everywhere again – 10 essential lessons from David Ogilvy and such – as I imagine he must have been in his time.

He’s an icon, which by definition requires both success and admiration. Every generation has an icon, and perhaps every industry too. Mr. Ogilvy is one of mine and his 1992 interview is included below and the inspiration behind the theme of “icon” for this week’s three Unscripted Marketing links, which follow below. 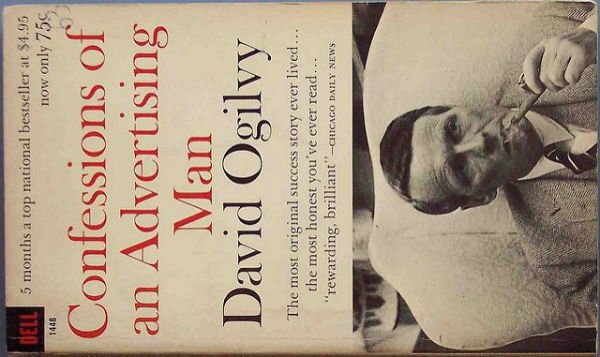 There’s so much to admire in Noreen O’Leary’s 1992 interview with David Ogilvy, which the publication digitized and republished online: David Ogilvy: The Adweek Feature.  Undoubtedly he’s an iconic leader in marketing whose ideas have lasted generations.  His ideas are still relevant:

“He’s an outspoken critic about the industry’s chart toward ‘lunatic’ work and the awards-show circuit that champions it. He blames that advertising style, and its inability to sell product, for marketers’ exodus to promotions.”

Such awards have plagued the PR industry as well – and it’s easily gamed.  I agree with Mr. Ogilvy’s line of thinking – clients don’t care about awards – they want results:

“More to the point, Ogilvy makes clear he is not simply nitpicking about the virtues of long copy or the legibility problems of reverse type. Those details are critical to creating what he feels is so absent from advertising right now: sales-driven copy that draws its message from research and is expressed with clarity, grace and relevance.”

The entire piece is more than 3,000 words long and is worth carving out time to read carefully.  As you read through, a good question to ponder is this:  What do you think he’d make of BuzzFeed listicles or native advertising?

Don’t miss these related posts:
Marketing vs. Machine: Are the Bots Coming for Your Job? [UML]
Marketing: Investment, Cost or Profit Center?
In Content Marketing, Marketers Might be Losing Their Way

Look out IBM Watson, here comes Einstein by Salesforce.   It is a genius name for a product based on artificial intelligence.

In a piece called How Salesforce Snagged ‘Einstein’ for Its Foray Into Artificial Intelligence reporter Lauren Johnson summarizes the announcement this way:

“Salesforce is plugging AI into all of its products—including email, mobile and social media—to make them a little smarter the more you use them. For instance, Einstein’s algorithm-based learning can anticipate which emails customers are most likely to click on based on the recommended products they promote.”

She snagged a nice backstory too – how is it a company like Salesforce can adopt the name of one of the world’s most famous scientist for its latest product?  As it turns out, there’s a company called Greenlight, that represented the estates of the deceased with any fame:

“Greenlight represents the rights for such icons as Elvis Presley, Muhammad Ali, Charlie Chaplin and Steve McQueen, in addition to Einstein, and works with brands to find ways to incorporate the personalities into advertising.”

It seems to be a big business.  In fact, just this past week the 2016 list of highest-paid dead celebrities was released, despite the fact there are 2.5 more months left in the fiscal quarter and calendar year.

I’ve heard that those good in business haven’t studied business so much as they’ve studied history.  That’s the thematically what Hermann Simon gets after in his HBR piece:  Why Peter Drucker’s Writing Still Feels So Relevant.

He writes that humanity has changed little in the grand context of history. As a result, “we gain valuable insight when we interpret current developments and the future in light of historical analogies.”  Of Mr. Drucker he says:

“His consideration of information technology in light of the history of the printing trade leads to surprising conclusions. As he saw it, the winners of the IT revolution are not the hardware or software developers of today, but rather the companies which have access to knowledge and content.”

Perhaps it’s just not culture that eats strategy for breakfast, but also history.

Looking for a PR agency with a long view?
Consistent.  Sustainable. Driven by research and experience.
Here is a summary of the services we offer and the best way to contact us.
And don’t miss a post: subscribe to this blog by email here.

Marketing is drowning in data but starving for wisdom.  Or perhaps, we are drowning in wisdom but starved for time....