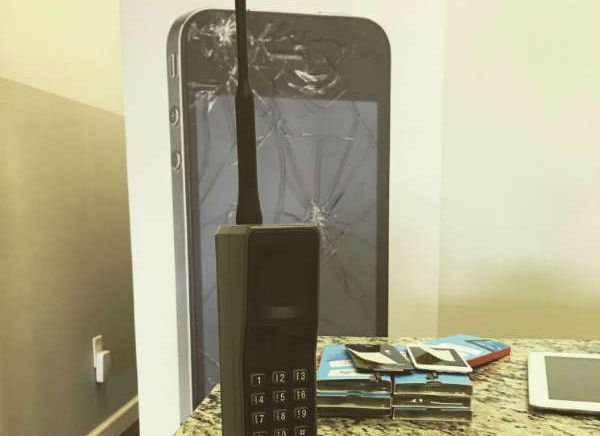 Foolish enough to take a phone call on the Big Creek Greenway, a bike and running path that weaves through suburban Atlanta, perhaps I deserved the crack on the screen of my smartphone.

Having safely finished the conversation, I moved to ease the phone back into my pocket…and missed. The face of a nearly brand new iPhone 6s looked like a spider web.

So I turned to a local repair shop to see what could be done.  I had walked past a sign on the sidewalk, for Alpharetta Cell Phone Repair, dozens of times over the last year on my way to get a haircut.

That day, I became a lead and one that converted the old fashioned way:  retail foot traffic.

But that’s not how this local business gets most of its leads, according to the owner George Roberts.  He gets most of his leads from one source:  Google.  People drop their phone and turn to the search engine to look for a repair shop.

What does Google want in exchange?  Relevant content of high quality, that provides the answer for which people are searching, like the sort Mr. Robert’s creates for his blog.

As a small business owner, Mr. Roberts told me he’s tried local newspaper ads and local television ads to drive leads to his business – but nothing works like the internet.  Most of his leads come from Google, though he also cites Yelp as an up and coming source of customers.

He did a great job repairing my iPhone and as a result, I left him a nice review on Google which I hope will help other customers with broken phones to find him (the photo above is from his shop).

In the course of my networking this week, I’ve had a number of conversations about leads.  The process and techniques for effectively attracting leads, and converting leads, varies greatly from business to business.

A cloud technology vendor told me that trade shows were the number one source of leads for his company.

By contrast, a sales executive for a managed services provider pointed to local networking events, as his number one source of leads – and he does a lot of networking.

In a third example, a vice president of sales for a business training consultancy said the “free talks” the company gives often is how his company acquires most customers.

“Qualify hard, close easy,” he said. That sounds like sage advice for companies in the business-to-business market with a long sales cycle.

And so leads is the underlying theme for this week’s Unscripted Marketing Links: Who influences the buying decision, the role of the customer in online word-of-mouth, and the impact of PR in targeted business development:

Across all industries the departments that influence buying decisions in B2B are 1) IT 2) finance and 3) business development. That’s according to this piece from MarketingProfs which answers the question in its headline by summing up a survey of 6,000 conducted by LinkedIn:

“Between three and five corporate departments weigh in on B2B purchases, on average, according to recent research from LinkedIn.”

For technology companies that sell cloud solutions, a majority (61%) said IT was the top influencer.  This makes me wonder about the fabled Gartner prediction suggesting the cloud means the CMO will spend more than the CIO on IT.  Whether buying or selling cloud technology, this data suggests IT wields considerable influence on the decision.

The slides are embedded nearby.

2. Report: Ignore Customers on Social at Your Own Peril 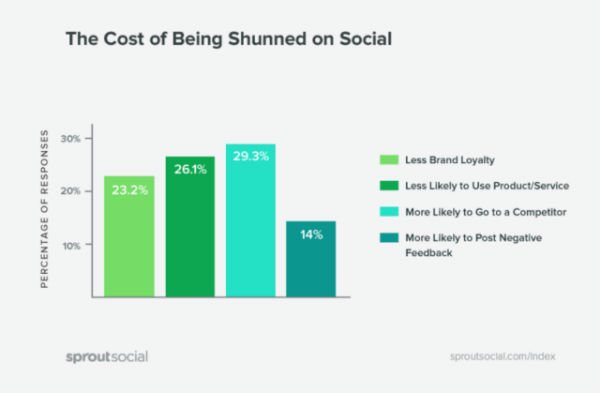 When customers and prospects ask for brand’s attention on social media, most of them merely want to be acknowledged.  Acknowledgement is proven way to turn fans into fanatics.  On the flip side ignoring those posts makes customers less loyal, less likely to use a product or service and more likely to go to a customer, according to the Social Times which boils down a study from Sprout Social:

“Customers are not silent or complacent while they wait around for a response: 36 percent posts publicly about their negative experiences on social, and 30 percent will go to a competitor if a brand isn’t responding. Likewise, when experiencing good customer service, 75 percent are likely to share about a good experience and 70 percent are more likely to use a brand’s product or service.”

Account-based marketing is a trendy new technique stemming from business development professionals. The concept boils down targeting – instead of trying to pursue 100 or 1,000 prospects with mass media – narrow down the list to well-defined dozen prospects to pursue.

PR has a strategic role to play as Ross Levanto recently wrote in a contributed article for O’Dwyer’s:

“What account-based marketing presents is another case where the PR function can have a definitive impact on revenue creation, given that one of its central premises is tracking an account all the way through to customer status. In an ideal situation, the role of PR is measured against acquiring, nurturing and closing the sale. Success in this scenario depends on PR as much as any other component of the strategy. The PR pro’s ability to write compelling content, understand the buyer journey and remain close to the customer cements PR at the table for account-based marketing.”

In the minor mentions segment this week, it’s worth pointing out Social Media Today picked up my piece pointing out most traditional marketing functions, even advertising, have a complementary role in content marketing.

Separately, a piece published in the Muck Rack Daily includes a few of my tips for PR pros on productivity apps.  Writer Antonio Tooley also rounds up tips from influential and familiar PR folks including Corina Manea, Deirdre Breakenridge, Lee Odden, Beki Winchell and Joan Stewart, among others.

Did you know?  This blog has transformed into a PR agency based in greater Atlanta with PR, content marketing and social media services engineered for the B2B market.  Contact us to learn how we can start driving consistent, sustainable and process-driven results.

Is content marketing better than advertising?   Brands are favoring content over ads, according to this piece by Broadcasting & Cable,...