Home > PR > Media Relations: Proven Ways to Get More Out of It

Media Relations: Proven Ways to Get More Out of It 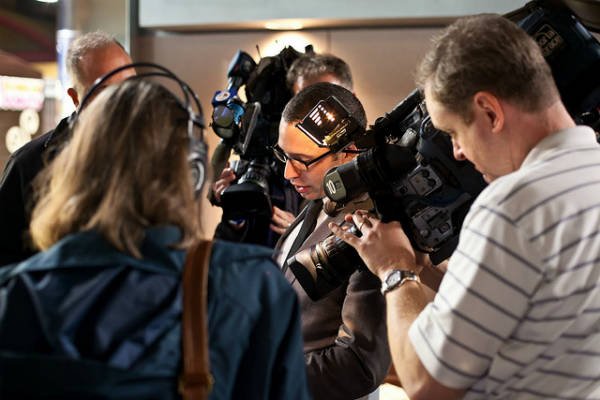 My little Toyota Corolla didn’t quite roll to the intersection.  It sputtered and jerked and slid.

I had to make this interview. My media relations and outreach efforts had secured an interview with CNBC for a technology client and the reporter had flown in to conduct it in person.

However, Mother Nature had other plans on that fateful morning in 2003. A blizzard had dumped a couple of feet of snow on Washington, DC as it blanketed much of the northeastern U.S.  Nothing cripples the capital of the free world like a few snowflakes…and we were experiencing a major storm.

The Corolla was stuck.  I wouldn’t be able to move it for days.  As the saying goes, good initiative; poor judgment.

I couldn’t have been more disappointed. The reporter had flown in earlier and the interview went on as planned.  The reporter got his story and the client got his interview – and it came with an education.

The time and effort for the news crew put into setup and film the interview lasted hours.  However, the final segment was just a couple minutes long with the client’s spot lasting perhaps 30 seconds.

Proven to get More Out of Media Relations

That’s just the way it was in 2003. CNBC was one of just a few possibilities for business or technology stories in the broadcast news.  That was the outcome good media relations pitching earned.  Yet today, with millions of “channels” on the web, it’s just the beginning.

Here are two such ways:

Traditionally, the PR purpose for “sitting on” interview calls was to facilitate. This means making sure both sides show up on time, throw a lifeline if the interviewee gets into trouble, keep a record of what was said, including any obligations made for follow up details, and to coach the client following the call.

These are still valid reasons, but content marketing affords all the more reason:

2. It’s not over with the placement

What does PR do with a placement?  Add it to a spreadsheet?   Put it up in the online press room? Tweet a link?  Of course, the answer is yes to all of these, but there’s a lot of other options too.

In the case of that particular client and the CNBC interview, the web wasn’t yet strong enough to see the story immediately online. However, I knew I had a pitch with legs, and there would be many ways to slice it up and customize it for the verticals and trades.

It’s every marketer’s dream to go viral, but only a handful will ever experience it.  While marketers can do things...