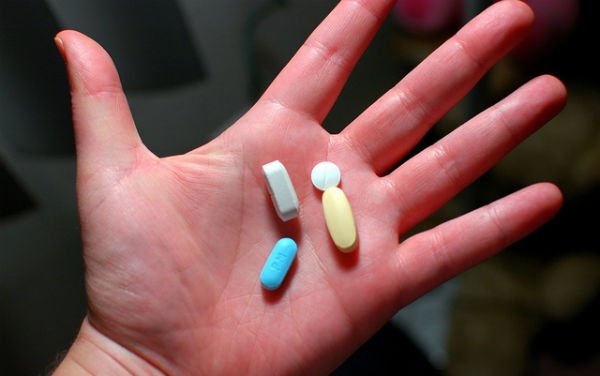 Numerous news reports say a jury made the award in a civil case after considering allegations that some of the company’s baby and personal hygiene products contain carcinogenic ingredients linked to cancer:

At trial, Fox’s attorneys introduced into evidence a September 1997 internal memo from a Johnson & Johnson medical consultant suggesting that “anybody who denies (the) risks” between “hygenic” talc use and ovarian cancer will be publicly perceived in the same light as those who denied a link between smoking cigarettes and cancer: “denying the obvious in the face of all evidence to the contrary.”

Sources interviewed in that CBS article, and many others, suggest even while the award is likely to be reduced upon appeal, “The verdict Monday ‘doesn’t bode well for Johnson & Johnson’ as it faces at least 1,200 still-pending lawsuits and possibly thousands more.”

J&J Holding the Line on Messaging

For its part, Johnson & Johnson is holding the line on messaging. A spokesperson for the company told CBS – and several other news outlets – the verdict “goes against decades of sound science proving the safety of talc as a cosmetic ingredient in multiple products.”

And that’s what’s so amazing about this story:  While,  Johnson & Johnson wrote the book on crisis management in 1982, its crisis comms response today is 180 degrees different!

The company’s Tylenol-brand over-the-counter remedy  was poisoned and linked to several deaths three decades ago but survived on the shoulders of its crisis communications. According to Time, the case was never solved, but the company became legendary for its humanity in response:

Without a suspect to revile, public outrage could have fallen squarely on Tylenol — the nation’s leading painkiller, with a market share greater than the next four top painkillers combined — and its parent corporation, Johnson & Johnson. Instead, by quickly recalling all of its products from store shelves, a move that cost Johnson & Johnson millions of dollars, the company emerged as another victim of the crime and one that put customer safety above profit. It even issued national warnings urging the public not to take Tylenol and established a hotline for worried customers to call.

Tylenol relatively quickly reestablished its brand, recovering the entire market share it lost during the cyanide scare. Though things could have gone very differently, the episode’s most lasting legacy has been in the annals of public relations, not poison control: the case has since become a model for effective corporate crisis management.

It’s hard to crack open a PR textbook in any college level communications class today and not see a referencet to the Tylenol PR case study.  However, it’s also been more than 30 years since that crisis and the media landscape has changed.

Years ago, it was easier for corporations to keep bad stories hushed up – but if they got out – the bad news had staying power that could last weeks or months.  Today, business have little hope of keeping bad news hushed up,  but the news cycle churns at such a pace a story is likely to linger for just hours, let alone days.

With few exceptions, I don’t believe crisis communication situations today have the business impact they used to have.  Yet it’s also true, alternative options for any one of the company’s products, in this particular case, are sold just inches away.

The new chapter has been opened, but it’s not entirely written yet.

Update 8/21/17:  About 15 months after this post was written an appeals court affirmed the decision; Reuters: J&J ordered to pay $417 million in trial over talc cancer risks.

According to the article, “The verdict included $70 million in compensatory damages and $347 million in punitive damages. It was a major setback for J&J, which faces 4,800 similar claims nationally and has been hit with over $300 million in verdicts by juries in Missouri.”

J&J continues to be defiant:

“We will appeal today’s verdict because we are guided by the science, which supports the safety of Johnson’s Baby Powder.”

I’ll leave it to the lawyers to decide whether or not another appeal is a good legal idea. As a professional PR person, I’m quite certain it’s a terrible idea.  As a consumer, I’ve avoided buying J&J products since I wrote this post more than a year ago and that’s not going to change now.

The cost of replacing an employee is “higher than it seems,” according to a recent piece on Marketplace.  Citing studies,...