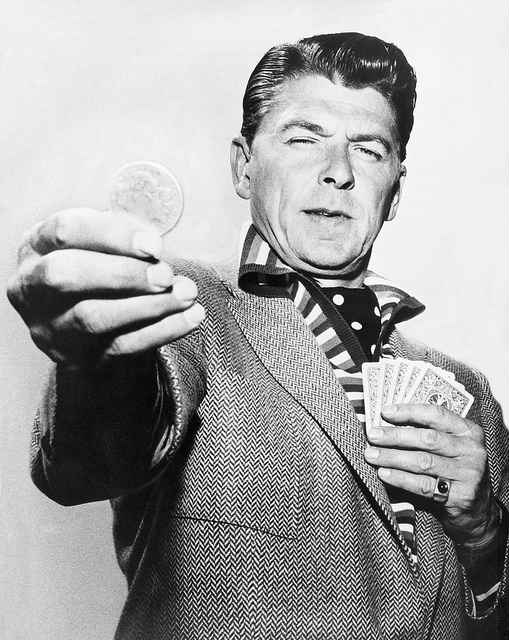 Long before product placements and sponsored content, one iconic American brand placed a big bet in creating its own television program – another example of an early content marketing initiative – at the urging of its public relations department.

The show, General Electric Theater, was born and its host would be none other than Ronald Reagan.

The experiment was a wild success.

“In fact, America enjoys GE Theater very much – and Ronald Reagan in particular,” wrote Bill O’Reilly and Martin Dugard in the book Killing Reagan.  “The show is a smash hit.”

There’s more to Reagan’s obligations than just host and actor in weekly programs on Sunday nights; GE has plants in more than 30 states.

“Reagan is required to travel to these factories as a goodwill ambassador,” according to O’Reilly and Dugard. “It is the thinking of GE’s corporate leadership on New York that having the host of their signature television show intermingle with the workers would be good for morale.”

To that end, Reagan was both an actor and brand journalist for General Electric Theater, which kicked off on December 12, 1954.  The content mixed “progress reports” presented by Reagan about GE innovation with entertainment, with short films with popular Hollywood stars purely for amusement.

“Over eight seasons, Reagan and [Don] Herbert crisscrossed the country to visit more than 130 GE labs and factories, reporting on everything from jet engine development — the technology was barely a decade old back then — to the future of electricity,” according to Tomas Kellner, in an article published in November 2015 for GE Reports.

The effort goes beyond just the set, with Reagan convincingly fulfilling his role of brand evangelist Kellner points out:

“Several broadcasts in 1956 even took place inside Reagan’s brand-new ‘all-electric’ hilltop home in Pacific Palisades, California, as part of GE’s ‘Live Better — Electrically’ marketing campaign. The Reagan residence served as the model home ‘pointing the way to the electrical future.’”

In a nod to integrated marketing, O’Reilly and Dugard give reason to believe GE saw fit to add pitchman to Reagan’s corporate responsibilities:

“General Electric has taken great pride in turning his own into ‘The House of the Future’ and has capitalized on that concept by having Reagan film commercials for the General Electric Theater from his own kitchen, surrounded by a GE toaster, dishwasher and electric garbage disposal.” 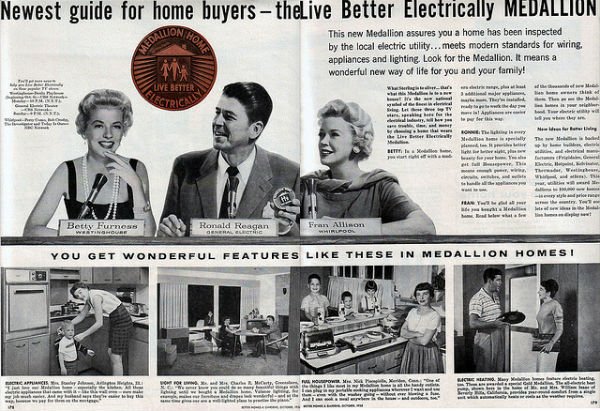 GE found a very intimate and personal way to be invited into the homes of millions of Americans more than sixty years ago. It’s a content marketing culture, that despite its size, structure and sometimes complex products, the company retains today.

“The more people know about us, the more interested they are in partnering with us, investing with us, and coming to work with us,” said Linda Boff in a 2013 interview with the Content Marketing Institute. “So being accessible – being human and approachable – was a huge goal for us from day one. It’s not something we stumbled upon.”

Ms. Boff was then the Executive Director of Global Brand Marketing for GE; today she’s the CMO.

Indeed with at least six decades of experience behind it, the medium may have evolved, but the strategy is much the same.

Blog posts that recommend some absurd amount of tech tools that are labeled “must have” amaze me. Some of the...