Home > Social Media > Twitter: Social Ads at Volume are at Odds with Conversation

Twitter: Social Ads at Volume are at Odds with Conversation 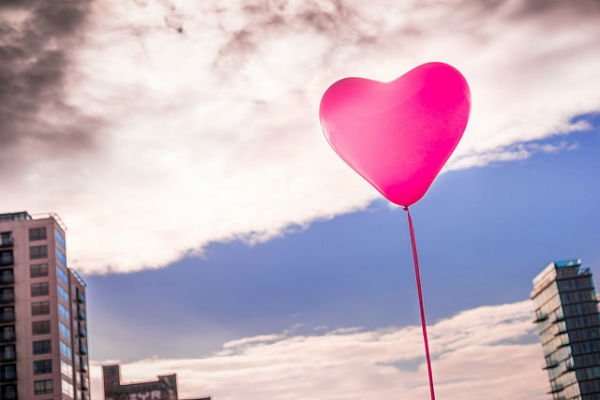 “We’ve gone full circle,” according to Doug Baker writing for the UK-based Marketing.

“When brands first arrived on Facebook and organic reach was high, we spent a huge amount of time and effort on community engagement and interaction,” he wrote.

“However, as paid media options have grown, and organic reach has shrunk, we’re at risk of only viewing social as a way to pump out content as content.”

That neatly summarizes the challenges facing Twitter as it looks towards 2016.

The social medialites say Twitter has lost its former self, and devolved into a link sharing site that can’t possibly grow revenue to Wall Street’s satisfaction.

Bringing Back the Conversation

The solution?  Bring back “the conversation” where what’s old is new again, and people exchange 140 character messages rather than a headline and link and more recently, with a catchy photo too.

Pundits say Twitter has added a string of new features to re-kindle conversation:  Moments, polls, limitless direct messages, love buttons and the end to social proof with a discount forthcoming on the Twitter share count button notwithstanding.

As an active user of both the paid and organic features on Twitter, I’m not sure it will. A volume-based social media ad model and conversation may well be mutually exclusive.

It’s not a stretch to consider the volume of ads and conversation reflect an inverse correlation.  Ad volume is a path back to the mass media mentality.

“One of the biggest issues with Twitter, in my opinion, is that as our personal networks grew we didn’t maintain them,” writes Janet Fouts of Tatu Digital Media on LinkedIn.  “We started collecting followers and following back and pretty soon the newsfeed is full of dreck. So it’s not fun anymore.”

Facebook saw this coming and a year or two back.  Its users had “liked” more people and pages than they could possibly keep up with, so Facebook ramped up an algorithm in an effort to limit what users saw on the platform.

Users were more likely to see content shared by friends, especially those Facebook deemed of your interest, then they are from the brands they’ve chosen to like.

Brand posts went first, to the extent it is virtually impossible today to obtain any organic traction absent social ad spend. Posts that are well engaged, get a little extra organic lift with every interaction, paid or otherwise.  To some degree, Facebook has monetized social proof.

At the time, the move was roundly condemned by critics, including me, who saw it as a form of extortion, a hit to small businesses and organizations with shallow pockets. I still believe that’s true, but it’s hard to argue with Facebook’s success in the public market.

It is relatively inexpensive to advertise effectively on Facebook but indeed the future of social media marketing is a path paved in payment.

Also see these related posts:
11 Simple Ways for PR to Score Content Marketing Points
Media Relations: Proven Ways to Get More Out of It
3 Strategic Ways to use Press Releases for Meaningful Influence

LinkedIn was the first among the large social networks to go public and was profitable out of the gate.  Profit dipped in 2014, but in exchange, it more than doubled its revenue in a few years.

Unlike Facebook, it’s also been able to facilitate organic traffic for both people and brands, through pages and groups – though some of the recent changes around LinkedIn groups are a major frustration to community managers.

The secret?  LinkedIn has positioned itself as elite — a premier network for business.  Fewer users means fewer connections and thereby less noise.  Most importantly, it is very expensive to advertise effectively on LinkedIn.

Twitter’s more open network largely means the platform is far more democratic than Facebook.  Twitter’s users have greater influence over the platform; consider the outcry both for and against some of the new features cited above.  I find it hard to believe Twitter can pull off the suffocation Facebook imposed.

Facebook’s user base grew at such a pace, the real world social pressure to join the network prompted users to overcome these challenges.  Facebook had a billion users and a Hollywood movie before it accelerated its monetization plans and crushed branded organic performance.

By contrast, Twitter is about 700 million users shy of that Facebook-esque critical mass, and it’s unlikely to ever achieve it. The aggregate profile of its power users are influential early adopters.

Can B2B used paid media to drive earned media?
The answer is yes though social ads on sites like Twitter.  Ask us how!
Here is a summary of the services we offer and the best way to contact us.
And don’t miss a post: subscribe to this blog by email here.

Twitter is an elite network with the rapid dynamics of the platform suggest to me the model cannot be based on users, and by extension high-volume, low cost.

“Early adopters get bored,” said Ms. Fouts in the aforementioned post.  “They play with the toys and then something new and shiny comes along and *poof* they’re off chasing that.”

The means for Twitter to attract and retain early adopters lies in creating new features, rather than altering existing ones.   Periscope and polling are starters – these lend themselves to Twitter’s brevity and the brevity afforded by visuals.

New features need to also be developed for advertising and should play to its strength such as highly targeted and more expensive ads for the Technorati.  To advertise based on lists, saved audiences and the ability to deliver a message to a single user – a mayor, rock star, CEO or the Pope – for example.

I think Mr. Baker is right, we have come full circle.  I also think Ms. Fouts is right, there is nothing wrong with the product.  Twitter wants, in fact, its business needs, that community and engagement. A mass ad model based on user volume is at odds with a strategy for conversation.

What do you think?

Disclosure:  I own shares in both $TWTR and $FB. It’s modest amount unlikely to ever make me rich.

Instinct: What Public Relations Can Learn from the Wild

Note:  This is a contributed post by Samantha Virgil, an intern with NYC-based Spector PR.   You’re absolutely in love...