Home > PR > The Empire Strikes Back:  3 Reactions to Amazon vs. NYT

The Empire Strikes Back:  3 Reactions to Amazon vs. NYT 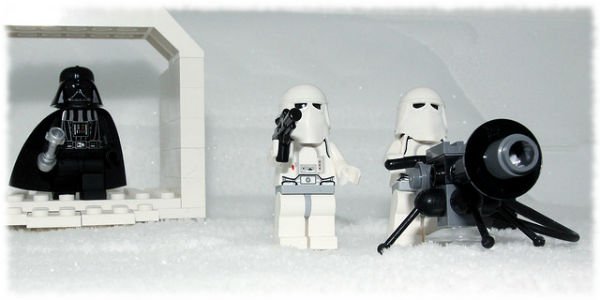 Former pitch man for the President, Jay Carney, came out swinging in a big way for Amazon today.  He managed to revive a 60-day-old story the rest of the world had forgotten with a post on Medium: What The New York Times Didn’t Tell You.

Though the initial reaction to the Times story certainly wasn’t planned – the spontaneous and candid response of one Amazon employee went viral – I instinctively believed it worked out in Amazon’s favor.

It was an event with a lesson that organizations of all sizes should examine, because in a crisis communications scenario, there are few spokespeople more reliable than a passionate employee.

The rumor on social media street today said despite that outcome, Amazon’s recruiting has taken a hit and Mr. Carney & Co. felt compelled to do something about it.  He went after the Times, the story’s reporters, and their sources:

“Here’s what the story didn’t tell you about Mr. Olson: his brief tenure at Amazon ended after an investigation revealed he had attempted to defraud vendors and conceal it by falsifying business records. When confronted with the evidence, he admitted it and resigned immediately.”

The Times didn’t sit by idly either in the second round of Amazon vs. NYT.  Within about five hours of Mr. Carney’s post, Executive Editor Dean Baquet published his own rebuttal to the rebuttal.  Most interestingly he also published on Medium: Dean Baquet Responds To Jay Carney’s Medium Post.

Since they both struck back, I’ll leave to you to decide which organization is The Empire, but when I saw the Times respond, three thoughts passed through my mind:

1. Nobody wins in a knock-down, drag-out fight.

How does this very public knock-down, drag out fight help the Times sell more newspapers or Amazon more books? Sure, both organizations are probably more interested in clicks, but a continuing public match that’s two months old, doesn’t help the reputation of either organization.  It’s merely cannon fodder for Buzzfeed or Gawker, or one of those thin content organizations with click-bait headlines.  This one alone is worth about a week’s worth of content quotas.  Brace yourselves, the memes are coming.

Both Amazon and the Times published their rejoinders on Medium.  The irony in all this is that the Times *is* a publication, and still one of the most prestigious publications in the world.  Amazon on the other hand bought The Washington Post a little more than two years ago.

GigaOm, which I didn’t, until today, realize was back from the dead, said Medium wins the fight between Amazon and NYT:

“Amazon could have released Carney’s remarks as a press release. Hell, it could’ve given all the information to a sympathetic publication that wouldn’t have minded to take the New York Times down a peg. Instead its senior vice president for global corporate affairs at Amazon decided to publish what looks like a personal blog post on a network popular amongst Silicon Valley workers.”

“The decision is even stranger from the New York Times’ perspective. It’s not like the company doesn’t have a publication — most of it is a publication, for crying out loud — it could’ve used to respond to Carney’s list of complaints.”

It’s worth pointing out The Washington Post is planning to publish all of its articles on Facebook – a business strategy I struggle to understand.  It’s as if the WaPo has lost faith in its own abilities.  Don’t make home improvements to rental property!

There is politics in business, but business is not politics and the PR matches that face businesses should not be resolved with political communications tactics. No business reporter is going to ask the same question, the way political reporters do about Benghazi, at every press briefing (whether that’s right or wrong is a different topic).

The news cycle just works differently in business. The Amazon story was done…until it was revived today.  A better approach for Amazon was to move on and prove the critics wrong – go make a Best Job in the World video instead.

Instead, all Mr. Carney has accomplished was renewed interest in the story, reminded the talent Amazon — at the very peak of hiring season as the holiday shipping season approaches — that a story exists, and reinforced viewpoints people formed two months ago. It would be hard for me to believe that if Amazonian recruiting was the catalyst, today’s events will make things better.

Your turn.  What’s your take on this from a crisis communications standpoint?

PR is the Best Kept Secret in Effective Content Marketing

A reporter from The Washington Post took an interest in a story pitch about small businesses and the impact on...