Home > Marketing > The Shocking Beef about Feeding the Content Monster 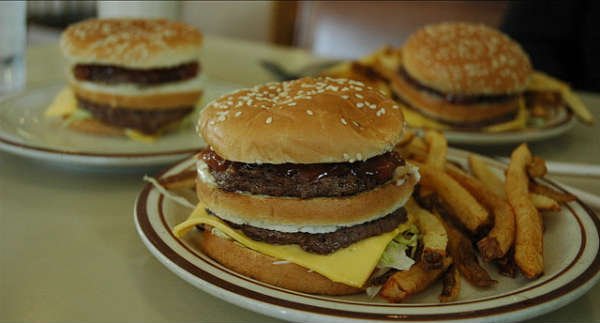 The burger business tells us a thing or two about content marketing.

We can take a spin down the main drag in most cities and towns and find a burger joint. In most cases, we’ll find two or three and often more.

There was a McDonald’s that was a hot spot at the end of the strip when I was a teenager in high school. To my astonishment, there was a Burger King surrounded by blast walls when I deployed to Iraq.

Don’t like the grease?  There’s flame broiled. Want it served on skates?  Welcome to Sonic. Then there’s In-N-Out, Jack in the Box, Hardees, Wendy’s, and Cook Out – the list is endless.

And we haven’t even begun to list the local favorites. Two summer breaks in a row, I worked at a place that was home to the “Billy Burger.”  It was a half-pound of magical caloric intake that might be enough to sustain the average person a week.  A half-pound after being cooked the inventor would proudly convey.

Any entrepreneur might look at the competitive landscape and rationalize:  the market is saturated and there is no room for another burger joint.

The founders of Five Guys could have easily come to the same conclusion in 1986 when it opened up shop close enough to throw a rock at a big chain.

Don’t miss these related posts:
How to Generate Media Referenceable B2B Customers with a Blog
What Does It Take to Implement Content Marketing Effectively in B2B?
B2B Blog Metrics: 4 Effective Categories to Measure Success


Sure, locations numbers ebb and flow, the larger chains have fallen on harder times. Perhaps it’s due to overexpansion, health trends or competitors nibbling at market share a bite at a time.

Regardless, it’s hard to argue there’s been a period of time in the last several decades where the supply of burgers outstripped demand in this country. Just this past July, Marketplace reported on Shake Shack, which is drawing up plans to open up 450 locations.

If the market looks saturated, how is it possible there’s room for yet another chain?

The answer is in the niche.  There’s a new positioning on the burger business every year:  fresher, healthier, old-fashioned, or eco-friendly to name a few.

It seems to me, there is less room for one chain with tens of thousands of locations, but there is room for a hundred burger chains with a thousand locations. A similar notion is at work for content marketing.

The age of mass media is long gone. There aren’t just three news networks – there are many.  The major city daily paper has been replaced by scores of online sites providing coverage from a niche angle. A few hundred radio stations have given way to a multitude of podcasts and satellite radio programs.

How many times have you turned on a television with hundreds, maybe even thousands, of viewing options and found “there’s nothing to watch?”  If you are older than a millennial, you probably remember a time, when we didn’t have all those options, and yet TV somehow seemed better.

Feeding the content monster easily outpaces any burger eating contest.  But there is plenty of room on the web for content that meets the needs of a niche.

Two or three days into the operation, thousands of troops were just about poised to launch an especially dangerous...