Home > PR > 6 Ways to Get More from your PR Agency

6 Ways to Get More from your PR Agency 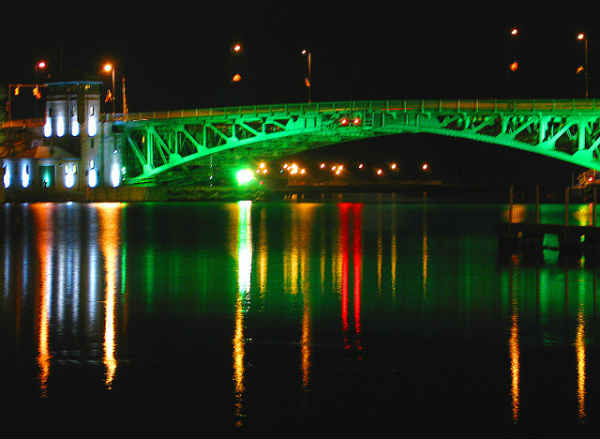 I’ll never forget that new CMO.  He had just moved to Virginia from San Francisco to take the top marketing job at tech start-up.  California tan, cufflinks and all the “I’m from Silicon Valley” swagger he needed round it out.

He also had an incredible amount of pressure. As a new CMO, he was in the hot seat to make something out of nothing, to put that start-up on the map and help it figure out how to win some customers and define a market.

It wasn’t just business, it was personal:  he had moved his whole family from one coast to the other.  It’s a 3,000 mile trip for anyone counting.

At the time, I worked for a PR firm he inherited from his predecessor. He seemed willing to give us a go (where the CMO playbook usually involves switching agencies after the second down), and there’s no doubt we were enthusiastic about it, but there was one big problem:  a lack of everything.

Sure, we’d have a meeting every few months where he’d give us the pitch from the company’s sales deck (most journalists don’t buy enterprise software), but other than that we got nothing.  Emails would go unanswered, we had little access to anyone else on the team and as a result, there were very few stories we could tell.

We were literally making it up by scraping together background – from content and a web – that was much thinner in those days, then it is today.  We ultimately lost that account and plainly, it was probably for the better.

6 Tips for Getting the Most out of your PR Agency

The things I’ve picked up from my agency days have served me well on the corporate side of PR (never forget where you grew up).  There’s a human factor that binds any leadership or management position, and whether you’ve got a big PR team or a small one, if you have an agency, you are by default a leader.

think of them as an extension of your team

Here are a few tips that have worked for me:

1. Treat your PR Agency as an extension of your team.

When you hire a vendor, it’s easy to see the person with a different email domain as a separate entity.  Don’t think of it that way, instead, think of them as an extension of your team. This means everything you present to your boss or your boss’ boss – from plans to results – should be conveyed as one team; you share the risk. If you hedge, so you can throw your PR agency under the bus later, they’ll know it and won’t trust you.  Who wants to work for someone they can’t trust?

Most people that know me, know I don’t beat around the bush.  If you ask my opinion, I’ll give it to you.  As a result, people either love me or hate me, but in terms of managing a PR firm (even managing people), it works out quite well.  This doesn’t mean throwing diplomacy to the wind, you can give constructive feedback – in an actual constructive format – but straight talk sets the tone from the get-go. Most people, even if they don’t like you at first, will come around to respect the notion they always know where they stand.  A PR agency is no different. If you dance around with too much diplomacy, you’ll spend a ton of money while being dissatisfied with the results. That helps no one.

No one can work long in a silo. If you toss a few emails over the firewall and hope a PR agency is going to brew some magical headline, you’ll be sorely disappointed. You’ve got to be actively involved. There are three techniques that have worked well for me:

a) Curate content.  Corporate communicators get a gazillion emails. Pass some of those notes along to your PR firm, but be smart about it. Filter what you send to them – there’s value in curating content – in separating noise from the signal. It’s popular in blogging and it works for leadership too.

b) A weekly sync meeting. The weekly meeting isn’t for results or for the PR firm to brief you on what they are doing – it’s for you to brief them – to feed them information and prioritize work. There are a million things that happen, especially in large companies, from week to week, take notes on what to share. When in doubt, be more liberal than conservative (assuming you have an NDA in place).

b) Regular brainstorms. Bring in people aside from the usual suspects for your agency to engage. I often try to set up calls every six weeks with someone different in the business. There’s a special treasure trove of knowledge and ideas amid the mid-level management segment. Set up calls, rotating through someone different each time, with no expectations, just an exchange of information. You’ll be amazed at the results information trading like this can produce over time.


4. Provide direction, but not too much direction.

I firmly believe there’s one thing that sets the US military apart from any other in the world and it comes down to two words: task and purpose. You’ll find these two parts in any mission statement – what is to be accomplished and why. If everyone understands “the why,” even if the leadership is knocked out, the person of the lowest rank can still accomplish the mission. This is an effective tool for business as well. Tell your agency what you are trying to do and why, and give them the latitude to figure out how.

5. Give credit where credit is due.

I’m fond of pointing out “the most underutilized tool in a manager’s toolkit is a compliment.” When your PR agency does something well…tell them! Put it in an email to your boss or other executives. It costs nothing to say “good job,” and for most people, it means a lot.

The worst thing in the corporate world is an unanswered email. Sure we all get the deluge, and an occasional miss is inevitable, but don’t make a habit of it. My personal policy is to respond in 24 hours or less, especially with a PR agency.  PR crisis experts will note, when you don’t respond to hard questions, people start coloring in the white space with their own version of events. While not nearly as dramatic, the same is true from a leadership standpoint.  The last thing you want your PR team thinking is “my client doesn’t value me” and that’s exactly what they’ll think if you leave their inquiries unanswered. Who works hard for a client that doesn’t value them?  No one.

If I could go back in time, with both the experience and chutzpah I have today, I’d probably tell that CMO to either delegate or hire an advertising agency. While all of us on his agency team wanted (desperately) to deliver results that would make us all proud, he simply wasn’t giving us the tools. If he had, he just might have gotten more from his PR agency.

Is your B2B PR firm bringing ideas to the table?
If your PR firm is on auto-pilot, maybe it’s time to switch.
Here is a summary of the services we offer and the best way to contact us.
And don’t miss a post: subscribe to this blog by email here.

Hiring a PR firm for the corporate communications mix is a sizable undertaking but it usually boils down to picking the right...