The team was undefeated but race with a formidable opponent was coming up soon.  The opposition has the “home field” advantage in that the next cross country meet would be held in their town, on their 3.1-mile course, of which the last mile was virtually all uphill.

The hill had a name that would mislead the casual reader, or even, the casual runner: Child’s Hill.

For most of the season we’d been able to do what most could not: get seven runners over the finish line faster than any other team in the league.  At this next race, Child’s Hill was to be the difference, according to the opposing coach as reported in our town newspaper.

The Hardest Sport in the World

Our running coach was a Vietnam veteran and a full-time State Trooper. He’d met adversity before and knew exactly how to approach it. He also read the town newspaper.

“Running is the hardest sport in the world,” he used to say.  A nod to the notion that even as a team, distance running boiled down to individual mental toughness.  Cramps, dehydration, fatigue all settle in quite easily and consume the mind.

You can give up, or quit anytime, he’d say.  The only thing keeping you running…is you.

As if to prove his point with Mr. Miyagi style twist, he held a Saturday endurance session one week before that competition.  He brought us to Child’s Hill.

I can’t remember how many times we ran up that hill – six or eight perhaps. We ran up, and got a ride back down with the help of some volunteer parents with a makeshift shuttle.

We learned every inch of that hill.  We learned we could run it – and run several times over.  We owned that hill. That hill might as well been in our town.

The Mind is a Muscle

NPR’s TED Radio Hour – quickly becoming one of my favorite podcasts – featured several TED speakers on the topic of champions. And by champions, it meant, how ordinary people are seemingly capable of accomplishing impossible things.

By impossible I mean showing incredible courage and commitment in the face of extreme adversity – swimming 72 hours from Cuba to Florida for example.

One of the speakers noted people accomplish these things, not just because of physical training, but also of mental preparation.  When we push ourselves too hard, our brains literally start shutting down resources. We feel awful.

The mechanism is biologically designed to keep us from killing ourselves through exertion.

However, we can train our brains to avoid that shutting down: train hard, take things to the very edge and then rest.  The next time we train, we strive to extend that edge a farther and farther.

The lady who swam from 90 miles across the Gulf of Mexico had failed on previous attempts – at least twice before if memory serves me correctly.

Yet each failed attempt wasn’t a failure, it was mind-training. When she ended up finishing that swim, she was 64 years of age.

Child’s Hill was a Mental Exercise

Our cross country coach didn’t take us to Child’s Hill for physical endurance training.  We’d been running all season – we had the endurance already.

He took us out there to exercise our minds.  To get it in our young and stubborn head’s that we could run that hill several times over if necessary. As a team, we won that race – and easily.

Willpower might seem like it comes from nature, and it might to some degree it might be genetic.  I’ll leave that to the scientists to examine, but what I am certain of, is that willpower can certainly be nurtured.

Willpower in Life and Business

How many times in business or in life do we demonstrate such resolve?

We procrastinate on the hard tasks and we find reasons to focus on the easier ones – because we like doing them.

We start a project, a program, an initiative, or even a diet and it flops around despite our best efforts and finally cave. We rationalize or we go home at night frustrated and resolving to avoid fighting so hard to do your job every day.

Then again, it we might just have another look if we considered these cyclical endeavors as a mental exercise…if we viewed them as Child’s Hill. 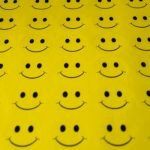 Optimism Back to Pre-Pandemic Levels Among Marketing Leaders: 5 Statistics from a Survey of CMOs

One of the first questions I remember Delta’s website asking me when booking travel was my daughter’s age.  She’s 4....